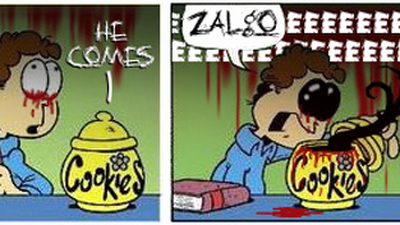 Zalgo is a meme where a person takes a popular picture/comic and corrupts it, with scary results. People can also use "Messy text " as a long way of saying "Zalgo wuz heer." Zalgo can be recognized in any context by the two words people say when Zalgo is near... "He comes." 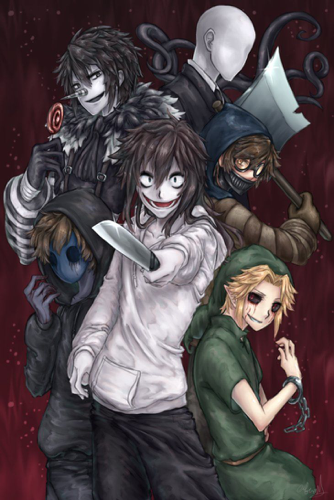 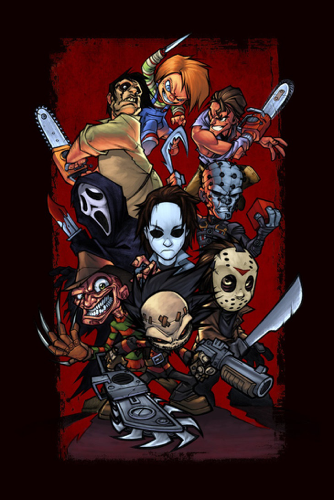 What would you do 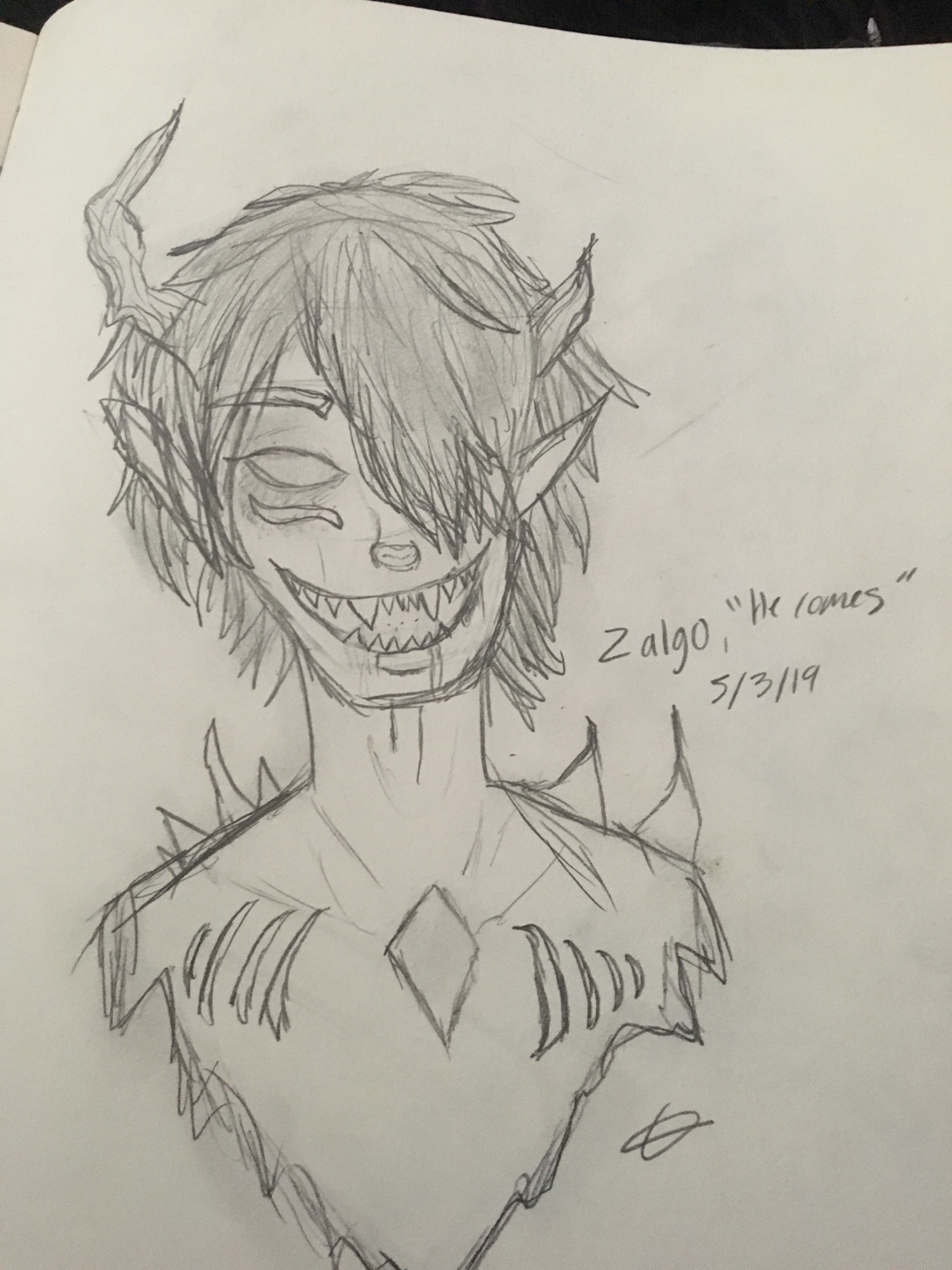