If you knew you had autism, than you would know theres no sides of the spectrum.

(This is a word for word post from the r/creepypasta subreddit. The original post can be found here)

Clarifying grooming allegations against a narrator within the "community".reddit

A 2 hour video diving deep into the social media posts of CreepsMcPasta, MrCreepypasta, and others has been posted. It shows CreepsMcPasta posting a pornographic story starring a 14 year old and two 16 year olds to one of his channels, among other things. A story he allegedly told the 14 year old to write, according to the girl herself in a 2012 interview.

What is this about?

In August of 2020, two popular YouTube Creepypasta Narrators were accused of inappropriate sexual chat with, and one accepting nudes from, a then 12-year-old girl. Both narrators were in their 20s. The alleged grooming occurred in 2012 and 2013.

CreepsMcPasta, one of the two accused narrators, released a response video which has been thoroughly examined.

CreepyPastaJR, the other accused narrator, spoke very little on the subject and gave nothing to examine.

I, personally, have seen many comments over the past year both on this subreddit and off that have been spreading misinformation about this situation. To that end, I want to clarify some facts.

Of all the commenters saying they think the narrators are being slandered, none of them seem to mind slandering the accuser and anyone helping her get her claim out. The hypocrisy is disappointing.

Further, if you're a fan of Creepypasta, you are statistically likely to be a teen or younger. It's just how the demographic works out. If that's you, then you should know that you should not place explicit trust in people you see on the internet. Nor should you just believe any given claim - regardless of what side it's on. If you're on the younger side, this is almost entirely here to help you understand that you shouldn't have "heroes" online that are beyond a healthy amount of skepticism.

Kumori, who had appeared in CreepsMcPasta's narration videos at the age of 12, revealed that she was allegedly groomed by, and sent nudes to, CreepsMcPasta. He was 21.

Original interview of the accuser, Kumori, with a YouTuber called PastelBelle: https://www.youtube.com/watch?v=cEGqq2-iGyE

Screen recordings of the alleged messages with no commentary: https://www.youtube.com/watch?v=B5wiLkd-ZHg

Kumori was provably working with CreepsMcPasta, who tried to remove her credit from the videos when this came out, but then put her name back when people noticed he had done it.

She spoke with CreepsMcPasta often enough that they worked together on a project she came up with, (she is credited by CreepsMcPasta as the creator) and when her computer privileges were taken away after her parents found out about their alleged relationship, CreepsMcPasta knew she would be offline and told his audience she would no longer be around. These public posts prove Kumori and CreepsMcPasta held conversations with each other beyond submitting voice lines.

CreepsMcPasta released a response video consisting of 40 minutes of him saying he didn't do it, with no evidence of anything provided. Naturally, it's not his burden to prove himself innocent, but people have still falsely claimed he proved himself innocent, regardless -- which isn't the case.

CreepsMcPasta has been proven to be the owner of the grooming account he said he knew nothing about.

CreepsMcPasta said he never used Chatango, didn't know what Chatango was, had never heard of it, etc. The fact is that the "CreepsMcPasta" Chatango account allegedly used to groom Kumori was registered by HIS email address.

You can go look this up yourself on Tumblr and Chatango, and I encourage you to do so.

CreepsMcPasta has been proven to have lied about his typing style.

In CreepsMcPasta's response video, he said he never typed like the DMs sent to Kumori. He also acted as if he would never say "cringe" things like "N'aawwww" and "*pets head*"

Unfortunately, a very simple search of CreepsMcPasta's old posts on social media show he typed exactly like those DMs and used those exact phrases.

Again, all of you can look this up yourself by going over his old posts.

CreepsMcPasta has been proven to have lied about his employment.

However, a very simple search of CreepsMcPasta's old Facebook posts revealed that he was indeed working at a job outside the home when the DMs were sent.

Yes, you can look this up for yourself.

CreepsMcPasta has been proven to have mislead people about the start of his gaming channel.

One of Kumori's claims is that she spoke with CreepsMcPasta about how she thought he should do Let's Play videos. CreepsMcPasta attempted to debunk this by saying he registered the gaming channel before he met her.

However, CreepsMcPasta was misleading about how his gaming channel started. He registered the channel for something else, stopped using it, and then renamed it to "Creeps Plays" in the time after he met Kumori. Essentially, he took a channel he was no longer using and remade it into a new one, instead of actually starting the current channel beforehand.

Perhaps needless to say at this point, you can confirm this yourself as well.

The two people at the root of the "Faked Evidence" claim; One retracted his support, the other faked his death. Yes, really.

A lot of the misinformation that I have seen spreading appears to have come from one of two YouTube drama channels. Both of these people were in a current feud with the interviewer, PastelBelle, when the interview with Kumori dropped. One of them even going so far as to make videos singing about raping her. It should be obvious that people who are actively attacking a YouTuber might have a reason to say anything they could to make her look like a liar.

The first YouTuber, "CrackedRack", later retracted his support of CreepsMcPasta.

The second YouTuber, "Truthy McGoo", was revealed to have been charged with molesting two underaged girls in the past. When this came to light, he faked his death. https://www.youtube.com/watch?v=RIas_aWQSKs

These two are the central source of all claims that the original interview and evidence were "faked" by PastelBelle. Please remember to look at evidence and judge for yourself - not to just listen to people with obvious grudges.

I don't care which side of the issue a person is on - check their work.

Absolutely no evidence has come out showing that the original allegations or screenshots are faked. Seriously, post it. Find it and post it. People randomly say it, but no one has anything.

However, a ton of evidence has been found showing that CreepsMcPasta's response is riddled with a large amount of lies.

While it doesn't mean CreepsMcPasta is definitely guilty, it's a stunning red flag that definitely puts into question his entire position. That's what lying does.

So why hasn't anyone been arrested? Where's the trial?

The most anyone can do is notify authorities if they believe a crime has been committed. It's then up to said authorities to pursue the matter. Making things more complicated, at least one of the two accused narrators lives in a completely different country. As you may know, you can't exactly have someone brought in from another country to stand trial without a massive amount of work. It's very unlikely that such a thing would happen due to a case of grooming nearly 10 years in the past.

To state the obvious, the lack of someone being brought across an ocean, to the USA, to stand trial, is not evidence of allegations being false. It's disturbing how many people seem to think that's the case.

The entire playlist of videos listed in this post can be found here: 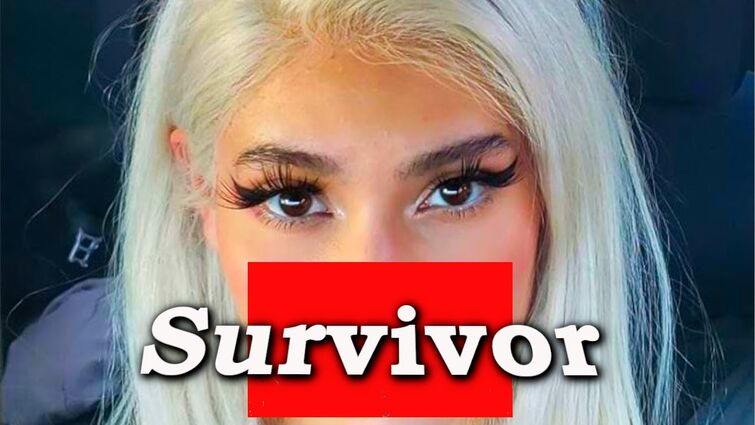 (edited by SodaCity)
A reply to Toast Child
0

And everyone here usually thinks you are faking it because of how much you show it off. And which side of the spectrum are you on?

Vyvanse (if thats what you take) isnt supposed to make you "normal". All it does is try to tone down your ADHD so you can actually focus. And you cant take medications for autism.

If you did have mental disorders/disabilities, you wouldnt be showing them off and acting like they arent disabilities.

I have severe ADHD and Autism and Dyslexia, and I can tell you they arent fun.

I think the hands need some work, and you should try erasing lines that are covered by other things, like the lips for example.

Toast, how old even are you? If you're in middle school I can understand, but if you're in high school than you really need to take a break.

You could just put the link in the comments.

Honestly, not even shocked that you thought Jeff was a real story, considering your previous posts.

Damn, almost like you're being recommended videos based on what you're watching.....

Am i looking at piss on a box and a sweater? AND WAIT YOU THOUGHT JTK WAS REAL?

Update: Apparently, in my excitement, it was revealed that the 670 dollar card was a Mewtwo Evolutions card, which I do not have.

On the other hand, I did discover that I have a Imakuni?'s DoDuo card, and they're worth over $100 bucks, so im selling it.

A reply to Toast Child
1

Its amazing how quick people are to believe this like this. Toast completely ignored doing research. Unless they took this img from someone else, they had to google this, which would have revealed that the Jeff the Killer movie, is in fact, not real.

I know this is an unusual post to make here, but im just way too excited.

A reply to REAL Ninja9
0

I cannot figure out what this image is