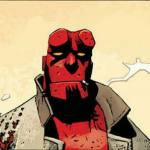 Defecating all over your clean admin page

Exactly what the title says. So, how does it feel now that you're officially a tyrant? Just wait 'till your first "i hte u for delete my storie,I SHIT ON UR FATNES!!" message. Also, any particular reason for the lack of "Check out these stories (nudity included)" blogs?

* Our self-titled 'protagonist' is getting very annoying today. *

Hey there, again. While making a comment I discovered that you have a narration for The Shimmering Tree (great story, by the way). Yet, you haven't linked it on the story itself nor your page. Is it a simple case of bad memory? If yes, I can relat- Oh, wait, I was supposed to take the hooker out of the- ah, ruined my dinner.

I received a message telling me that I needed to change the title of my history. I'd suggest "Down to the bone" if it's available.

Thank you very much for editing my story. Sorry for the title mistake but this was my first creepypasta. I'll try to read the site rules better next time. Until next time.Frederick Barbarossa (talk) 20:11, December 13, 2016 (UTC)

Uh... I noticed something

Hey Christian, I noticed you left the '[placeholder name]' in your story, Lamprey spider. Just thought I'd let you know.

Congratulations on becoming an admin.

I know you're busy with your new admin duties, but was hoping you'd take a look at my story Father's Love when you have a chance. It's one of my personal favorites that I've written but has gotten very little love from a comments standpoint. Shadowswimmer77 (talk) 18:42, December 14, 2016 (UTC)

Thanks for the feedback, glad you enjoyed it

Hey Chris, guess I'm late, either way congrats on getting your admin's rights. By the way, I have a question; it is a wise decision to go from 3rd perspective into 1st perspective. Back and forth so on? RaptorKillerX-Venture (talk) 14:50, December 15, 2016 (UTC)

Be sure I'll never let go. Also, are you sure it wasn't because you wrote it as ShadowSwimmer77 instead of Shadowswimmer77?

I have no idea what you just did to trigger that thing, but that was awesome! I have teasing material for years! Years baby, years!

But seriously, at this exact moment three username links are broken. I never had that problem, here's what you should: use the preview mode as much as possible (but I'm sure you already do that) and if putting the username between {{}} still doesn't work next time, try doing it like [[User:Example|Example]].

A final way to link to a user is the one you used, where you write [http://creepypasta.wikia.com/wiki/User:MrDupin MrDupin]. The first part is the link, and after the space you have the text appearing. You can test this yourself in the editor, to see how they work. MrDupin (talk) 19:36, December 15, 2016 (UTC)

We don't do much for Christmas these days, but I've been stressing over my final project for comics class and my newfound social life has been distracting me too much (and making me broke). Thanks for posting the review! I should be able to actually read and write again soon, now that finals are over. Thank god.--Mikemacdee (talk) 05:54, December 16, 2016 (UTC)

Hey, I wrote something and I wanted to see if you could review it when you get a chance. I don't know if it'd be considered NSFW, but I think it's alright. Considering it's mental illness and you study psych, I thought I'd ask you about it. If you get a chance, could you review it? Here's the link: http://creepypasta.wikia.com/wiki/Thread:565345

Hey, Christian. Could you do me a favor and delete one of my older stories? I feel it doesn't meet my personal standards (low as they may be) anymore.

It was just pointed out to me on the work shop that I used the wrong prompt. It was a total mistake on my part, I read the message on the page wrong. I have the story up on the workshop and would still like to add it. If this disqualifies me from the competition I understand. Being this close to Christmas I don't think I could write another story in time.

Retrieved from "https://creepypasta.fandom.com/wiki/User_talk:ChristianWallis?oldid=1246199"
Community content is available under CC-BY-SA unless otherwise noted.