All the Papers Lied Tonight

You ever had one of those "how in the hell did I get here" moments? I mean those flashes of clarity where you really see your life. You look in the mirror and you’re so far removed from the person you dreamed of being when you were a kid that you're stunned speechless.

Mine happened about a year ago, a week or two before Thanksgiving, when I woke up in the hospital. I was incredibly disoriented; everything seemed unreal and distant, not really happening to me… like I was dreaming, or an avatar in a video game. Maybe it was because I already felt so disconnected... maybe it was the terrifying reminder of my own mortality… but it felt like I was seeing myself with a stranger’s eyes. Waves of shame and self-hatred rolled over me in that hospital bed, and I vowed to change my life.

I’d made similar resolutions before and failed miserably, but this time was different. This time, the change was nearly effortless: old habits evaporated, old temptations lost all allure. Peer pressure stopped being an issue, because I just wasn’t interested in hanging out with my usual group; when I tried going out with them sober, they bored me to tears.

Meanwhile, other relationships in my life were improving. At my son Logan’s birthday party, I even overheard my ex-wife telling his mother that I’d finally grown up and stopped causing so much heartache for everyone. When the last children had left and I was cleaning up, my son surprised me with a running hug. He wrapped his arms around me and squeezed me harder than he ever had in his life.

"Will you stay?" he whispered.

I brushed back his hair with my hand. “Of course! I’ll stay as long as you want. You could even spend the night at my place tonight, if your mother says it's okay."

He sighed happily. “You're so much better than my real dad.” Every cell in my body froze.

I launched into a speech about how I was his dad, was trying to change, knew I needed to earn his trust back, etc.

"Okay!” he said lightly, obviously eager to return to his pile of presents. But just before he ran off... he winked at me, like we had an awesome secret.

Logan couldn't stay with me that night after all... and honestly, I was kind of relieved. What he'd said had cut me to the core, and for the first time in nearly a year, I desperately wanted a drink. I made it all the way to the front door of my apartment complex before I lost it and started sobbing. I was fumbling in my pocket for my keys, trying to see through a glaze of tears, when Sam put her hand on my shoulder.

Sam had lived in the apartment next door to mine for years. Before my epiphany, I’d barely spared her a glance… but after, I’d found myself choking on cartoon butterflies whenever she passed by. I’d never had to chase a girl before. It’s not that I’m Brad Pitt or anything, it’s just that I used to spend an enormous amount of time and money making myself look nothing like myself. You've seen the old me, or one of my countless clones: a golem of silicone and acrylic, spangles and bleach. It was a lot like being a zombie, I suppose; you can barely move for fear that parts of you will fall off.

Back on point: I’d been trying to catch Sam’s eye for months, and I was terrible at it. I'd chat her up and think I was getting somewhere... but then I'd make a joke, or quote a movie, and she'd cringe like I'd just stabbed her.

It was a humiliating way to have finally caught her attention... bawling like an angry toddler on the front steps, miserably wiping snot on my sleeve as I blubbered confessions for a million sins.

Sam listened patiently, only stopping me once to suggest we get out of the cold and continue talking in her apartment. She drank me under the table. I'd lost all my tolerance in a year of sobriety, but Sam definitely didn't have that problem. When I got up to get us both another, it was easy to see why: her refrigerator looked like mine used to, boasting the four food groups of beer, liquor, take-out, and antique condiments.

"Did your roommate move out?" I asked, carrying our beers back from her kitchen. "He was a big cook, right? I used to walk by your place around dinnertime and drool."

"He wasn't my roommate," she said quietly. "He was my husband."

My face fell, and the last year flashed by in sickening instant replay: her total disinterest in me, followed by the pained looks and vanishing act whenever she caught herself flirting back. I'd never bothered to ring-check her until my crush hit.

She laughed a little, shaking his head. "It's funny. Stanley was usually such a good judge of character... but he was so wrong about you. Sucks that he never got to know you... I think he would have really liked you.” She changed the subject, and I excused myself soon after.

The next day, curiosity led me to google his husband. As I read through the results, my eyes widened.

Stanley had died the night I'd passed out, and it appeared he might have accidentally saved my life. I spoke with a neighbor and confirmed that my guess was right... the EMT's who responded to Sam's 911 call had been the ones who found me. Since they'd been called out for just one patient and only had one ambulance, they'd put me on a board and hung it on hooks from the ambulance ceiling.

I didn't sleep a wink the night I found that out. My stupid drunk ass had hung there a few feet above the worst moments of Sam's life and the last ones of Stanley's... the ultimate third wheel, intruding on something incredibly private and intimate. I laid in my bed, staring at the ceiling, imagining what it must have been like for Stanley, staring up at a man he'd thought was a total waste, knowing that I'd wake up and he never would.

I blushed against my pillow, thinking of how I’d hit on her so soon after his death. I couldn’t believe she'd ended up comforting me… I swore to never flirt with Sam again, and I kept that promise… even as we became friendlier and wound up with a weekly TV-and-Chinese-Food appointment.

I didn't mean to get her a Christmas present. I'd considered it, but wrote it off as over the line. Then I went thrifting and saw this pocketknife. It wasn't anything flashy, but something about it just said "Sam" to me. When I picked it up and examined it, the owner came up behind me.

"You've got nice taste, honey," she said. "They don't make 'em like that anymore." And I smiled, ‘cause that was how I felt about Sam.

But when Sam opened the gift, her face went white. "Did I... did I tell you about this that night I was so drunk?" she murmured, picking up the knife and turning it in her fingers. "I must have..."

Sam had inherited one exactly like it from her grandfather. It had gotten lost when she and Stanley moved into the building, and she'd felt awful about it. "Oh, crap... I'm so sorry, I didn't mean to bring up bad memories..."

"No, no, this is great… I've been trying to find one for long time. Thank you."

I think she meant to peck me on the cheek, but it landed on the corner of my mouth... and the next thing I knew, she was kissing me for real. It was amazing for about ten seconds… and then she sprang off the couch, stammering that she was sorry, that she'd been overcome... And then it just poured out of her.

She told me how much I reminded her of Stanley, how being with me was so much like being with him that it broke her heart. "You say things he said, you quote movies he used to quote... Jesus, you wear some of the same clothes. Who puts this green shit on Triscuits? Nobody I've ever met... except you and him."

"I shouldn't have kissed you. My therapist said..." she broke off with a disgusted noise, sighing deeply before continuing. "I just don't think I can get over him and do this... the dinners with you. I'm not moving on, I'm just… I’m just pretending I don't have to." She apologized again, and then she was gone. I stared at the door like an idiot for a few seconds, letting that sink in. She'd left his present on my coffee table, and I bent to pick it up…

You're so much better than my real dad.

Suddenly, pieces were snapping together in my mind, and I kept shaking my head like I could break them apart again. What I was thinking was stupid, crazy, superstitious lunacy... I'd been a few feet away in the ambulance when he'd died. I'd woken up consumed with self-loathing, turning into a new person almost overnight... one with different hobbies, different opinions, different tastes. Even my own son didn't believe I was me.

So many things falling into place. My instant, extra-strength crush on Sam. My new clothing and hairstyle, so similar to his in his Facebook photos. How I'd suddenly decided to take up cooking… and been weirdly good at it. How I'd never put mint jelly on Triscuits before, and had no idea why I'd even bought it. How I didn't remember seeing half the movies I was always quoting.

I’ve started seeing a therapist myself. She says I'm trying to distance myself from a past I'm ashamed of… that low self-esteem and my crush on Sam have manifested in me imagining that I'm a person she could love. She thinks maybe I hit my head when I fell, or maybe I have something called depersonalization disorder.

I've read countless stories on here about hauntings and possessions. You guys are the experts on banishment and rituals. But what do I do if I’m the ghost? What in the hell do I do? 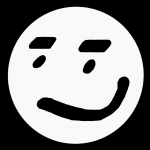 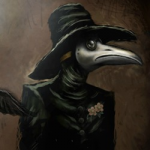