I’m not saying this to fearmonger. To tell you the truth, I realize that most of the candy handed out on the holiday is likely purchased at Walmart the day before and shoved into a plastic pumpkin-shaped bowl.

You probably have realized that most…sane people don’t poison candy, or put glass in it, or whatever cautionary urban legend you’ve heard. The only guy who did do that…did so to his own son. So those neighbors of yours…don’t treat them like criminals. They’re just trying to innocently give the kiddos some sweets.

This warning regards a phenomenon that has no apparent origin. What I mean is, no one is really sure of where it comes from. The candy in question isn’t even so. You can’t purchase it at any stores and looking it up online results in…no results.

The candy, this aforementioned phenomenon, appears to be that of a cinnamon jawbreaker, not to be confused with the Atomic Fireball brand or any other similar sweet. It may resemble a red-tinted gumball or a red lollipop with no stick. The point being…it's rather generic in appearance, which makes it tricky to spot the real deal.

The candy is sometimes branded under the H.H. Sweets company, a corporation that doesn’t exist, at least not one registered by any agency since 1999. If you search the internet, you might find some H.H. Sweets businesses…but I assure you, they aren’t the real deal…merely a namesake coincidence.

If the label carries the H.H. name, beneath it a tagline will read something to the effect of, “Hot as Hell, Sweet as Heaven." Not all of the candies sport the branding, but it certainly helps to spot it. This is why I advise if you find yourself (or your kids) with an unmarked red candy…the safest bet is to throw the sucker away.

Documentation of the phenomenon only dates back to 2007, but there is the possibility that it’s gone on for far longer. As of this recording, a known nine people have ingested the candy, four of which being children under the age of 18.

Each case has happened on October 31st, with the most cases occurring during 2016…with a total of three victims. The only clues as to the candy’s appearance, and branding, is through the eyes of witnesses, and subsequent investigations of any nearby, and opened candy wrappers.

Each of the victim’s corpses, aside from the heads, remain untouched. The heads, however, are where things get strange.

Each of the heads is completely burnt, like a used match. This would make identification of the victims troublesome, except for the fact that fingerprint analysis lent itself fittingly to the nature of these deaths, considering the hands of the deceased were completely intact.

None of the victims were related in any way, with the only exception being a father and his 9-year-old daughter: Andy and Mary-Kay Winfield from Lexington, Virginia. All of the others shared no relation, other than the aforementioned candy.

An eyewitness report from Brevard, North Carolina documented the full story behind the mysterious death of a 12-year-old boy, Shane Davis, who died on the Halloween of 2009:

I was leaving the pharmacy at around eight-thirty when it happened. He (Davis) was walking down the block in a zombie costume. I didn’t even notice him at first because it was dark, and the costume was dark. But then there was this flash of orange light, like someone lighting a candle. I turned around and this heatwave hit me in the face, and the smell- oh Lord, it smelled like cooked meat. H-his head was on fire. There were people screaming but there was nothing we could do. He screamed only for a moment, then he hit the pavement. I’ll never unsee it. There were rumors it was a hex from a witch or something. I’m not a superstitious man, but when you see something like that, superstition doesn’t seem too far off, y’know?

Similar reports were documented for many of the other victims. Shortly after ingesting the candy, the victim’s head would burst into flames, and soon thereafter the victim would succumb to the injury and die.

Many rumors and theories have, since, popped up surrounding the deaths and candy. Many include witches and spells, but some have garnered significant following beyond regional folklore.

One of the most popular rumors cites the deaths as a result of the 1782 execution of Henry Hyson Cassidy (H.H. Cassidy), a candymaker from Onancock, Virginia, the site of the first documented death from 2007. Cassidy, a local candymaker, was placed on trial for the disappearances of two young girls from the neighboring town. Despite having no apparent motive for abducting two young girls, the candymaker was charged as a reasonable suspect, having access to sweets for alluring the children.

Following a local investigation where one of the girl’s bodies was discovered with candy in her pocket, Cassidy was charged with the murders, and sentenced to death. Children from the town, who once loved the sweets made by the candymaker, began calling Cassidy the “Witch of Onancock”, making him one of the earliest male witches of legend.

Being found guilty in a hasty trial, Cassidy was sentenced to death by molten metal, a process considered barbaric, except in a case of an accused witch. Cassidy, who swore his innocence until his death, had a molten metal ball dropped into his throat. While a quick death, it was certainly not painless. The townsfolk remarked that justice was served on that day, and the body was buried in a shallow grave.

Given that Andy and Mary-Kay Winfield were also from Virginia, many speculated that the spirit of Cassidy returned to punish those responsible for his death, using his signature candy as a way to torment the descendants of his accusers. The name too, H.H. Cassidy, would explain the name on the wrappers, H.H. Sweets.

Another popular theory is usually referred to as the "Jack-O-Lantern" story. Based on the Irish myth, the story goes that a man known as "Stingy Jack" tricked the devil on multiple occasions, resulting in his banishment from Hell, as well as Heaven, as he was a trickster at heart. The man, forced to roam the Earth, lit coal within a turnip and has been using it ever since to light his eternal path. The story, clearly rooted in the Halloween tradition of carving Jack-O-Lanterns, has been used to explain the candy, too.

“Stingy Jack”, as he’s referred, seeks out souls to join him in his eternal punishment. The candy, which burns the heads of its consumers, turns them into a somewhat crude Jack-O-Lantern. This would explain the fiery demise of the victims, as well as its connection to the celebration of Halloween.

In conjunction with the Stingy Jack narrative, there are some who conclude the candy is the work of the Devil himself, tormenting unsuspecting holiday celebrators with death merely for the fun of it. A rather sick trick, yes, but then again, mischief is commonplace in the celebration of Halloween. As for this theory, the H.H. label would stand for Hell’s Hottest or some other variation of the Hell alliteration.

Despite these varying backstories to the candy, there is a far more grounded explanation that many have subscribed to. Rather than reading into the H.H. Sweets mythology, some conclude that H.H. Sweets is precisely what it claims to be: a candy company. The motive for committing these crimes is, at large, still a mystery, but this theory cuts out the claims of ghosts and devils, suggesting instead that a select few sickos had the willpower to conjure up sweets with the intent to kill.

In the end, no one theory is correct, at least not one that can be confirmed by traditional means. A candy that is, for lack of a better term, supernatural, can only be explained by the supernatural, making it extremely difficult to verify any of the information regarding it.

If you wish to avoid the grisly results of the candy, it is advised to always check your children's Halloween candy. Better yet, avoid the trick-or-treating tradition altogether. Or, if you're highly concerned, perhaps it would be best to simply skip Halloween altogether. 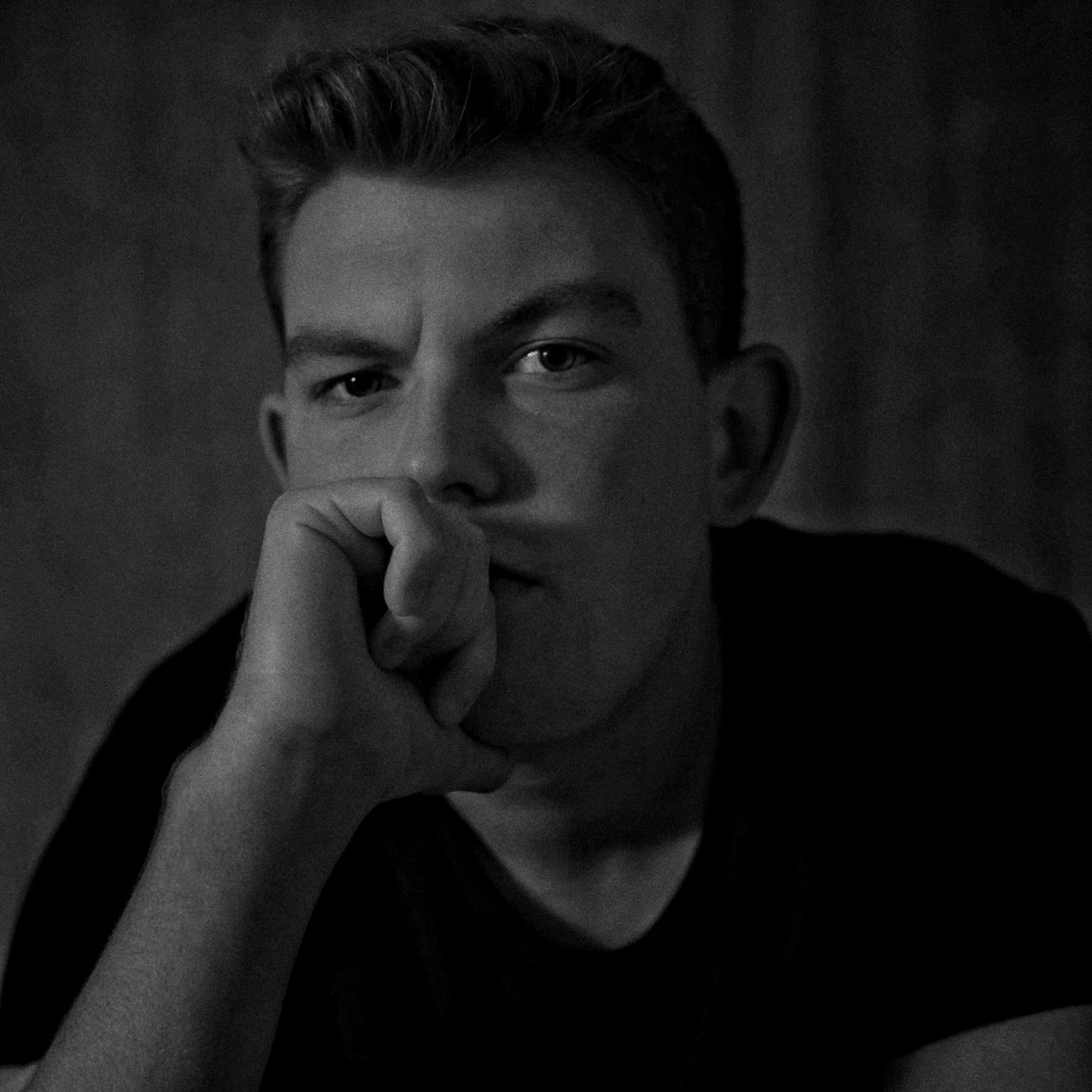