I remember when it happened. It all started with that damn shooting star and the several others that followed it. Soon after they hit our planet all electronic devices stopped working. It was as if their impact let out a charge frying all devices on the planet.

It wasn't a meteor that ended up hitting our planet. It was a spacecraft followed by several others. The passengers of the craft looked a lot like us. They said they wanted to make peace with us as they now had no way of getting back home. There was something off about them though. Their faces didn't just seem right. As if something was off about it. It was like they were trying to keep a big secret from us, and it seemed like behind their smiles was ill intent. They brought with them strange looking beasts. The sight of which I’ve never seen. The beasts, along with their owners, frightened me. It was like these aliens came here and started making it like their home.

After they landed and our electrical devices were no more, things changed for us. Our vast bustling society with many cities stopped. Our planet seemed to become a wasteland, many people took different actions. The more “religious” of us saw this as a sign of the end and that we should welcome it with open arms as the end was inevitable. Some tried to fight against these things that landed here but with most of our technology fried they ended up using primitive weapons and the foreign invaders easily dealt with them. Some of us even tried to aid them, but most of us were too scared to leave our homes. Some, including members of my family, were infected with an unknown disease and passed away.

After months of holding up in our houses living in fear, the government was somehow able to get out a signal. They told us they had prepared for this to happen. We're a very devout people and the old ones had foreseen an event where the world would end starting with a shooting star falling from the sky.

On the broadcast they informed us of rocket ships we'd all be getting in and heading to other planets that were deemed habitable. The people who fell from the sky made their own settlement away from ours and they didn't particularly care if we left. The only stipulation they gave was that we leave our technology behind, although it wouldn't do them any good. The rockets we got on had a separate power source the men in charge had specifically developed for the ships. The whole end times thing made them take a lot of precautions, so luckily we had a means to get off our planet. 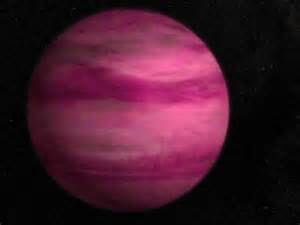 I had slept for a century, maybe even more, until we got to the planet our ship, one out of many, was set to go to. I was the first to wake up. Once we landed we were to either integrate ourselves into the planet’s society, or do what we want if there was no intelligent life on the planet. Nothing more and nothing less.

As the first one awake it was my duty to scoot the area we landed in to make sure we could live there. I was terrified at what I found. This was the home world of the monsters that landed on mine. I didn't know what to do. I was scared. Would they kill my kind again? I figured it was safer to leave the rest of the people on the ship there. They'd wake up eventually anyways.

I left them a note and tried to live my life out here. I've had many options. I could leave here normally nothing else. Maybe I could join a group that opposes this planet and fight against them. Either way though I wanted to get revenge but I decided that until I could, I'd just live my life on this tiny blue planet they call earth.

Written by Jd2456
Content is available under CC BY-SA