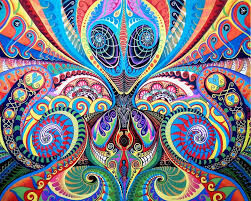 Do not give into astonishment as you'd often hear the self-transforming machine elves proclaim as you enter their world through hallucinogenic drugs. That was a lesson I'd not too long forget.

I encountered them when my soul escaped my body and broke through a series of gates until I fell through a chrysanthemum-like mandala. They came to me vibrating like sapient balls. At the same time, their bodies melted into the pulsing ground only to reassemble. Sometimes, their limbs would be placed astray on their body contrary to where they would reasonably be.

They all spoke in unison about how delighted they were that I had finally come to visit them. I have the idea that they do this to anyone who achieved this plane of conscience. Their voices were in the sound of thousands of sirens unending. They claimed to be the architects of all reality including our own. The machine elves demonstrated this by perverting natural laws in ways considered to be abominable.

In their sing-song voices, physical matter conjured from their mouths. Rows of strange objects were flying. They each were fashioned in exotic, alien geometric shapes. One of the machine elves pointed to me inviting me to join as long as I did not give into astonishment with a thinly-veiled threat. The machine elves were building structures with lightning speed. Not once were they ever worn out from their eternal dismantling and reassembling.

I insisted that I was unable to, but as I did, a bubble formed in my stomach and pushed upward. It was an odd feeling, one that tasted like the bitter taste of the worst poison. Notes jumped out in a series of ribbons through my tight lips. I could not believe what I was witnessing and despite the elf's warning, I gave into that astonishment. The mood shifted expectantly.

The other machine elves turned to look at me; their bodies broke down and rebuilt into grotesque shapes and forms. A shrill chuckle erupted from them. Their world began to break down around them; the world was previously a surreal spectacle resembling watercolors on a mural. The waxy colors melted down revealing a dark void.

The machine elves were unconcerned instead they continued to sing their tune. One machine elf approached me only to pause within arm's reach. From there, I took notice of his face. Mandibles were decorated around his face opening and closing in a sporadic fashion. Eyes appeared and reappeared sometimes on his face, other times on any part of his body. He sprinted at me and phased through me. He was invading my thoughts with little care of my discomfort.

Others approached me with eyes on their palms or without eyes at all. Some with rows of teeth without a set number. They liquefied and rebuilt themselves becoming chimeras of mix-matched limbs and body parts. They were all ashamed that I had given into astonishment and were jumping into my body to drive me further into insanity. Some even took turns taking me apart and putting me back together. Even though I was out of my physical body, I knew how many times I was ripped apart. Around 500 times. Each time they ripped my soul apart, they claimed it was to serve as removing my impurities so I would better evade astonishment.

I awoke from my trance relieved that the encounter was over. But nevertheless, I have since kicked the habit of my indulgence on hallucinogens. While I may not fully understand what those entities wanted, I was too afraid to further investigate into them out of fear that one would rip my soul out so I could further be one of their main muses. 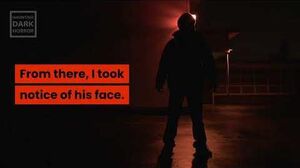