It was an average patrol day. With gun in hand, I walked up and down the camp walkway. Fourteen large buildings were on either side of me and they each had a garage. Despite the beautiful scenery, it was a rather boring day. Of course, not much is to be expected deep in the remote parts of South Florida.

I checked my watch to see when my patrol would be over. Just then, I heard what sounded like cloth moving in the brush. Annoyed, I looked over.

"Stop messing with me. Remember what happened last time?" I yelled into the direction of the noise. I walked over and moved some of the brush. Although I saw nothing, I took the safety off of my gun anyway.

"If one of you jumps out and scares me, I'm going to shoot you," I said. Figuring I could talk into the radio and detect anyone hiding, I pushed "Talk".

"There's--" I stopped. There was very loud static. "The hell?" I thought to myself. I released the talk button and pushed it again. The static was still there. I figured it was just the radio acting up again, so I pressed the button rapidly in hope of getting to work, but the static persisted. I was still trying to fix it when I heard a strange noise. I don't know how else to describe it but a low, loud humming noise. It was emanating from one of the buildings.

I raised my gun and approached the source of the sound. Cautious, not knowing who -- or what -- could be in there. As I walked closer to the garage, I saw a tree move in the corner of my eye. I was conflicted between going to the building or the tree. As I thought, I began to cough. At first it was nothing, but then it became heavier to the point where I couldn't breathe. I was hacking so violently that I thought I was on the brink of death. Then it just stopped. I was crying at this point. I wiped the tears from my eyes and my vision came into focus.

I nearly pissed myself. There was a tall figure facing away from me. I aimed my gun at him and demanded to know what he was doing here. It didn't respond. I told him that if he did not comply, I would shoot him. After that threat, the humming became extremely loud to the point where I literally could not hear my own thoughts. I dropped my weapon, closed my eyes, covered my ears, and stumbled backwards. I cursed loudly and repeatedly, and when the humming stopped, my head began to hurt. I began to sob softly. I noticed that I was being pulled by someone or something.

I looked up and saw a sight I would never forget. The figure had arms like branches wrapped tightly around my left leg, dragging me towards itself. Amid my screaming I managed to withdraw my pistol and fire multiple shots into the tendrils, but they merely ricocheted off. I flailed my limbs about wildly, screaming as loud as I could, begging for someone to save me. As it drew me closer, I saw horrible images of people dismembered, their limbs being stuffed into bags, their heads put on shelves, like prizes. I fumbled in my pocket and grabbed a camera.

If I was going to die, I was going to let everyone know about this fucking creature. I aimed the camera at it and the image began to distort. I took the picture and tossed the phone. The creature became extremely aggressive after that. I began to slide faster, and the humming began again. I was horrified, and as I got closer, the humming got louder and more intense. The images got more gruesome. I began to think of my friends, my wife -- and lastly -- my daughter. After the image of her slipped into my head, the world just froze.

I woke up and found myself in a military Jeep. They told me they had found me on the ground, and that they had seen the picture on my phone. They sent several soldiers into the woods, and said I was getting an honorary discharge. You'd think I would be happy, but I wasn't. When I arrived home, my wife was sobbing. Puzzled, I asked her if she was happy to see me. She hastily replied that she was, but her tears were not for me.

Our daughter was missing. 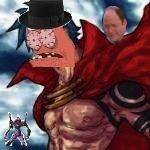 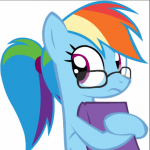