There is a dimension where all things exist beyond the flow of time. Some say that it is a paradise second-to-none. Others assert that is an infernal place, where all manner of malicious entities reside. Only a select few have made the journey, and none appear to have returned.

That place is simply known as Beyond Time, (or the Beyond, for short) and in it exists everything that both can and cannot be, a plane of existence where the rules that govern our world are rarely followed. That place can be described as a bizarre conglomeration of reality and simultaneous nonexistence. The very fabric of space-time itself is held together with unbreakable, though bendable strings. Many are those who unknowingly yearn for such a place, where all their dreams can come true. Of course, all of the demonic and maniacal beings often visit that realm as well, so all it not well.

There is no ironclad way to reach this realm. However, if one delves deep into unraveling the mysteries of the occult, and is unafraid of going into the darkest, most dangerous locations involved; then they may just find themselves Beyond Time. Once an individual is Beyond Time there is no route back, so one must be sure that their conviction in reaching it is absolute.

Despite its notoriety an ever-changing flux, Beyond Time does appear to have numerous locations that are solid, and do not move. One of these places is Dire Forest, a place where all evil is said to have originated. Another is the Forsaken Desert, where the seemingly barren wastes contain deadly mirages. Enigma Plain is well known for its confusing nature. Also, Mount Algor is said to contain the coldest and most inhospitable conditions in Beyond Time, and perhaps something more. Lastly, the Ocean of Oblivion is said to contain a hidden civilization of Sea People under its merciless waves. These are but a handful of the locations that seem to exist permanently in the Beyond.

Despite its inscrutable nature, you may be wondering how I have come to know all this. The answer is quite simple, although it may shock you to your very core. Nevertheless, you my dear reader, deserve to know. I am a being who is now beyond simple existence and is capable of transcending space and time. I am the only one who can go to Beyond Time and back, for I am the only one capable of overseeing it in its entirety. Just who am I, you ask? I am the creator of Beyond Time, and I go by many names and titles across the plethora of realms. However, on this mortal plain, I am known as the Time Master. My power is absolute in the Beyond, so if you should ever find yourself there; know that you exist in my domain, and I will not tolerate any infractions. Judgment will be handed down quickly and mercilessly, for those who have defied me trouble me no more. Thus, let it be known that the Beyond is a realm of infinite possibilities, but this freedom comes at a price. 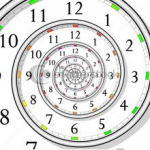 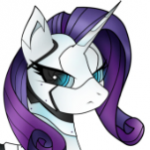 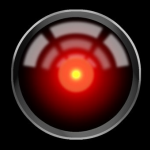 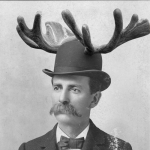