It is said when you take a picture of someone, you capture their soul in the camera. It is also said that if you print it off, that picture contains the soul itself and you can control them with it.

I’m not sure where to start. Do you know what the Primordial Soup is? A veritable ocean of elements, all floating around randomly. And through millions of years of time, eventually the right set of random circumstances came to pass and the elements were able to connect together and form the world's first single cell organism.

Now that’s a really boiled down version of it but I’m sure you get the gist of it. Fast forward a few billion years to the early 1990s, when internet use began to rapidly accelerate. Every home had a computer, and new connections between computers were opening on a by-the-second basis.

Trillions of bytes of data began to transfer around the world at the speed of light, music, text, sound, and most importantly; pictures. Now if, when you take a picture of someone and capture their soul, what happens when that picture is converted to data and placed on a hard drive?

Does the soul follow? Fifteen years later we believe so. We believe that when you take a picture of someone and upload it onto your computer, alongside the image data a blueprint of the person’s soul itself is imprinted on the file itself.

Look at your pictures folder. How many souls reside in that folder alone?

That’s just the beginning though. These soul blueprints each retain pieces of a puzzle, parts of the soul itself as well.

Recently a group of hackers, who referred to themselves as the Cardinals, took an interest to this theory and began experiments. They found anomalies within the binary sequences of images based on similar features of the person they had taken a picture of. A binary DNA if you will.

Now these hackers had come to possess a set of three extremely important data files. One avi, one jpeg, and one .mp3, each of which possessing interesting unexplainable qualities.

The first, cradle.avi, depicts what appears to be a group of teenagers with a low quality video camera, exploring the basement of a house. The quality of the video is distorted completely beyond any comprehensibility, and the video is very low quality. For most of the video the camera is passed around the group, handed back and forth and jerked around too much to make anything noticeable out.

But near the end the camera turns at an odd angle, and you can semi clearly make out a young girl standing in the corner facing the wall. Her hair is long and black and she is wearing some form of white dress. You only see her for a split second but many people who have seen the video claim there just seems something wrong with her. A bit deformed but not in a way anyone can explain.

But the truly peculiar property of this video is what happens to the user's computer at the end of it. On the last second of the video, if not already so the video will force full screen itself. Along with this you are left with a one second looping clip of a window in a wall. It loops 15 times, and then the girl is seen again, standing on the other side of the window with her back to the viewer, slowly wavering back and forth. After a few moments the video ends and the user’s computer permanently shuts down.

Inspection has shown that the entire registry becomes completely corrupt, requiring the user to do a total wipe and reinstall.

The second file is known as needles.mp3. This sound file, when played, plays for about three minutes. It is extremely distorted. One can occasionally make out some form of voice talking, but most of the sound is some form of growling, rolling crackled roar.

Users who listen to this file often experience extreme nausea and loss of balance for a brief period of time.

The final file is known as burningman.jpg.

The file name has nothing to do with what the actual picture depicts. Instead it just displays a haphazard mess of overlayed and meshed images of dolls and a hallway. There also seems to be an image of a man standing with his head cast down in the background, but the image is too distorted to make anything out, much like the other files.

The image, when downloaded and opened on a user's desktop, will proceed to stay permanently open on whatever program it is opened through. Not only that, the program becomes disabled. Nothing else happens, the image just permanently sits there on your desktop, unclickable, unminimizable, and your just left there with the man's invisible gaze staring at you.

From what the group of hackers were able to discern, this file seems to have precompiled into the data something along the lines of Cmdow. Yet, as complex and intricate as the program is (it works across all OS platforms) no one knows who the original creator is. In fact, few people have heard of it as the file is uncopyable nor sendable.

This in fact further adds to the mystery, as often receivers of this file will obtain it from random anonymous emails, posted on forms on a download link. Posing the question, how was that poster able to upload it?

If you ever see any of these files, refrain from downloading ANY of them. They all have varying detrimental effects on your computers, from practically taking out your whole registry, corrupting system 32, freezing your mouse or crashing your computer.

This group of hackers, the Cardinals, took to analyzing these three files and comparing their odd behaviors. They had heard of other such odd files, images, data, etc, but were never able to get their hands on them. At least as far as we know, though rumour states they in fact were able to locate and collect all of the known files like the original smile.jpg, barbie.jpg, even suicidemouse.avi. Not even the grifter was able to escape their grasp, rumour states. But rumour also states the grifter video even exists, but thats another story.

Nonetheless, all these files in hand, the group lined the files up and begin to meticulously work through the binary one 0/1 at a time, checking for similar strains and series of binary that matched.

And they did manage to successfully do so, at least legend states. The result was seven individual execute files that did nothing. Simply a gibberish pile of 0s and 1s. They endless puzzled over the files, each tackling an execute each. They decided to name them after themselves, Lust, Gluttony, Greed, Envy, Sloth, Wrath, and Pride.

At last they attempted to line the files up. Remarkably, something odd happened. The copies of the files quite suddenly meshed together. The result was a single complete Execute, already named.

And what of this file? Well not much else is known after that point. They were too smart to just execute it. They analyzed the file every possible way. Hex, binary, conversions, anything to figure out what this odd file would do.

To no avail, even after forming together it was an even bigger jumble of 1s and 0s and made no more sense than the separate executes.

They backed the file up on a flash drive and proceeded to run it. That was the last command found run on their destroyed computers a week later. Their corpses had been disfigured beyond recognition. Description of the corpses stated that it almost seemed as if they had been brutally slashed across their faces and arms. Every square inch of skin that had been bare had been mutilated. Almost microwaved and then sliced repeatedly by a micro thin razor.

The government attempted to hush up the event, but there was some media leakage, and because the Cardinals had been keeping a blog amongst themselves and a few close friends (it's closed down and deleted now so don’t go trying to find it) it quickly spread out as per what they had been attempting to accomplish. And if it was or was not related to their terrible deaths.

And what of the flash drive? A friend, who knew of its existence, later checked the home of the group and was unable to find it. According to reports the drive was found in the pocket of one of the group and had been taken into custody by the police, and then simply vanished.

The trail continues on, far more though. The file resurfaces every few weeks around the globe. Governments attempt to cover it up but some media leaks out, of course. Look to the news for people mutilated in their own homes by a “murderer”, their computers stolen, etc.

If you ever get a cryptic email with an attachment labelled BarelyBreathing.exe, for fuck sake DO NOT OPEN IT! 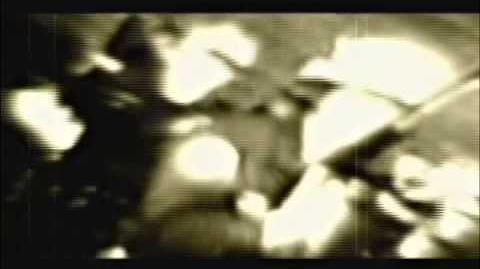 Retrieved from "https://creepypasta.fandom.com/wiki/Binary_DNA?oldid=1271269"
Community content is available under CC-BY-SA unless otherwise noted.