In 2009, an amateur video artist studying in the UK uploaded a video onto YouTube of a recent piece he had completed. After many reports and complaints, the video was taken down. The piece allegedly begins with a lingering shot of a foggy meadow that some believe to be located in Ireland. The only sound throughout this shot is a light hissing and what sounds like muffled, unintelligible speech. The camera starts zooming in on a white shape in the field. After several tedious minutes, the shape reveals itself to be an albino deer. A close-up shot of its eyes suddenly appears, showing signs of infection and possibly the beginning stages of blindness with them.

The following shot is a scene of the deer staring at a vanity mirror for about a minute. After this, the piece takes a turn for the bizarre with the deer in the reflection moving in dissonance with the "real one". Zooming in, the camera focuses on the deer in the reflection, which has begun to move about in an unnatural and grotesque fashion as if something was molding it like a piece of clay. As these unnerving contortions continue, the camera zooms out, showing a shot of the "real" deer lying on the ground. People have described the deer as looking "strangely at peace."

The shot goes on for roughly two minutes, the reflection is still twisting and gesticulating but the mirror itself seems to be growing darker. The deer lying on the ground then starts to excrete a dark fluid from under its tail, suggesting that a "birth" is about to occur. The tar-like substance continues to bubble and seep out of the deer and onto the ground. This is the point where many people claim to have stopped watching it.

Some accounts vary on what happens next, but many describe a scene where a stillborn, humanoid infant is birthed from the deer covered in the dark, tar-like sludge that makes it hard to describe exactly what it looks like. Some have claimed it was a model of a "human-animal hybrid" put together by the artist for the sake of this film. A blurry close-up shot of the hybrid's face is seen for a few seconds before it cuts back to the mirror, now broken, within the same field from the beginning. Black and white stock footage of an audience applauding is shown in slow motion, and then the film ends with a five minute shot of a black screen accompanied by unintelligible murmuring slowly fading in volume.

Many say that the film can no longer be found online, while others say that the audio track is sometimes circulated around file-sharing programs like BitTorrent. There are even some who claim to have attained the film itself through such means. Occasionally, screenshots surface on image boards and other such sites but the film itself has hardly been seen since its initial debut.

A year later, the artist posted another video on YouTube. This time, it was just five minutes of a black screen and silence with just a link to a webcam site in the description to serve as evidence. Viewers describe seeing a pair of dangling, pale feet slightly rotating above a knocked over chair.

The creator of the video ‘Cervine Birth’ is best known for this shocking final piece, but many are not as aware of his earlier works which are similar in terms of content and style. Shot in black and white, the piece often referred to as ‘Foxtrot’ was created in early 2005. The film begins with a shot of a moonlit forest, with a slow fade to the beginning of the first scene. A gaunt, malnourished-looking fox is seen staggering through the forest, wailing and crying out in a haunting voice, with what appears to be a noose tied around its neck.

The camera follows the rope to the end, where the fox’s cubs can be seen dragging behind. It isn’t certain whether the cubs are dead or not. The film cuts to a brief shot of the crescent moon as it slowly devolves into a shapeless blur. The soundtrack for the film so far has consisted mostly of the fox’s wailing and a wailing musical track many describe as unnatural and unnerving.

It cuts to a clearing in the forest. The fox is seen ambling toward the center, still dragging her young behind her. The music gradually fades into silence as the fox is curling up on the ground, getting ready to die. After a few moments with nothing but her final breaths breaking up the silence, a close up of her face is shown; her eyes are still glimmering under the moonlight.

A pair of small, pale, childlike hands start to caress her face. More small hands start showing up in the shot before the camera slowly zooms out to show much of the fox's body being covered in caressing hands and arms.

The shot flickers out a few times before cutting to the interior of a darkened household. The camera slowly makes its way into a dining room where a family of corpses is shown decaying in their seats. On the table is the same fox, but this time it is alive and healthy, tending to her cubs.

Close-up shots of the bodies follow, revealing them to possess wounds indicating a possible mass suicide. In the closing shot, a moth is seen fluttering about a dangling lightbulb in a dark room when a hand that can only be described as animal-like reaches up and shuts it off. 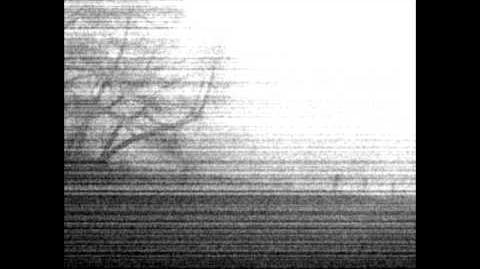