I've always liked bootleg toys. They're hilariously awful, most are way cheaper than stupidly artificially-rare collectable pieces, and they're usually much more fun conversation pieces than the real things. I know it's not great to be supporting illegitimate sources, but everyone's a cog in the money machine anyway, so I'm living for fun.

You could call me a garbage collector, or something. Either way, I prefer to scour the 'net for the oddest fakes I can find. I've got a whole shelf dedicated to phony toys and trinkets for all sorts of things like Sonic the Hedgehog, My Little Pony, Mario, Dragon Ball Z, Pokemon... you name it.

Enough bragging about things only I find cool though. I want to talk about an unusual find I got off Ebay, before it's too late for me.

I had found one of those cheap listings for knockoff Pokemon figures in bulk. Ebay's crawling with 'em, but this one in particular caught my eye just by how *bad* they were. The photos were unique to the specific listing instead of being the same stock photos used by several, and the location was supposedly in my state rather than some unspecified place in Hong Kong. And when I saw the figures in those photos, I knew I'd found the holy grail.

You see, most bulk bootleg Pokemon figure paint jobs look wonky at best and nearly unrecognizable at worst. Sometimes their faces are sloppy and off-center, sometimes they're missing details, sometimes they're entirely the wrong color. Usually, though, the Pikachu in the set looks perfectly fine, if a little off. I mean, everyone knows what Pikachu looks like, how could you screw it up? Plus, they tend to put the better-looking figures in the front, hoping you don't notice the half-painted one-eyed puke-green Breloom in the back behind the perfect little Pikachu they want you to look at.

So when the stock photo for the lot had a weird grey-pink Pikachu with askew eyes front and center, I knew it would only get worse (or better) from there. And upon inspection of the image, I was right - there was literally not a single Pokemon that looked right. Rarely were they ever the right color, and several had their faces completely screwed up - sometimes even with more or less features.

The best part? It was about $2.50 for a lot of 30. That was like, less than 10 cents a figure. So obviously I bought them immediately.

Even though the figures were supposedly shipping from my state, they took like a month or two to get here. Packing troubles, I guessed.

The day I got it, I eagerly tore the box open and placed the figures on the table. I won't describe them all since, y'know, there was 30 of 'em, but they were as bad as the photos had shown. I was very pleased to see that I got the weird Pikachu - which I had dubbed Pinkachu - but I also got some other good ones. Such as: a neon blue Flareon with a red ruff of fur and one eye way, way lower than the other; a dark yellow Rayquaza with simple white lines in place of its markings, a missing arm, and eyes that looked more like a Charizard's; and a hot pink Snubbull that looked like someone had dipped its bottom half in black paint, drew dots for the eyes, and called it a day.

I gathered them back up into the bag and took 'em to the living room where I kept my knock-off shelf, but I didn't end up displaying them then since when I came in a sudden migraine came on and I had to lay down on the couch. I felt awful, my head was spinning and I thought I was gonna throw up, but I must've either fallen asleep or passed out.

I woke up eventually feeling way better - though way too groggy. There was a nasty taste in my mouth and my hands were sore. Then I woke the whole way up and found out that I tore the plastic bag apart in my sleep and apparently was trying to cram the figures in my mouth.

Spitting a neon green Dratini and a three-eyed grey Panpour out of my now-numb mouth, I probably should've immediately called Poison Control next because I didn't have a clue what could've been in the paint on those things, and I definitely should not have been losing all feeling in my mouth, but I didn't. I don't know why I didn't, I guess it just didn't cross my mind because I was too busy freaking out.

I counted the figures and luckily I didn't somehow swallow any of them, though turns out I actually had gotten 31 in the bag? I wasn't about to complain about an extra, but it was still weird. I gathered up the ones I hadn't tried to sleep-eat and arranged them on the knock-off shelf, and I set aside the others to clean off later. Then, I went to get a drink of water to wash the awful taste out of my mouth, but I must've been more tired than I thought because I saw my reflection and it looked like one of my eyes was like... sideways, or something, and the iris was weirdly splotchy like the color was spilling out. I rubbed my eyes and it was back to normal, but I still couldn't stop thinking about it. I figured I was just really tired or something (or dying of lead poisoning, but somehow I couldn't bring myself to call the hospital) though I didn't know what time it was. It's not like I don't have any clocks or anything, I just couldn't read them - like the way books are in a dream, the numbers were just squiggles blurring together.

So I just clumsily headed to my bed and practically passed out on the spot. I must've taken the Dratini and Panpour up with me for some reason because they were on top of the alarm clock on the end table beside my bed when I woke up. It was a REALLY gross surprise when I reached to turn the alarm off and felt the still-wet and now kinda sticky figures. I didn't turn on my alarm that night, so I don't know why it went off, but I got out of bed and the first thing I did was clean those damn figures off and put them on the shelf. There were... more figures than I remembered, I think? I didn't count again because I still felt sick.

My mouth was starting to get feeling back, but it felt wrong. The taste of paint wouldn't go away and it felt like my whole mouth and throat had pins and needles. My fingers felt like they were burning, and apparently last night I hadn't even pulled the pieces of the plastic bag out from under my nails. The pieces were nearly embedded or something, so I had to use tweezers to get them out. I almost ended up... no, never mind. I'll just say there was some blood, I wasn't careful and was very tired.

I hadn't mentioned yet, but I work as a grocery store cashier. I'm pretty sure I worked that day because I distinctly remember my boss telling me I looked awful and me just staring at him until he just kinda walked away. Maybe I made him uncomfortable. I also remember seeing a kid at checkout with his parents and staring at his shirt silently the whole time until his mom called me a freak. I couldn't've helped it, though, the kid was wearing a Pokemon shirt with Pinkachu on it, off-kilter eyes and all!

I don't know when I went home but I think the tires to my car popped. I think maybe I popped them. I can't remember.  Thinking about it makes me sick. Thinking makes me sick.

The shelf definitely had more figures this time. I must've put them there. I heard lead poisoning messes with your head and memories and makes you hallucinate, so maybe I got lead poisoning when I tried to eat the figures and I was slowly dying. I thought about calling 911 and then I threw away my cell phone. Instead I went upstairs and searched the internet for "good pokemon" and I scrolled through it for a few hours. Their faces and colors were all wrong. Or maybe they were right. I found some more figures under my desk when I got up.

Later in the night my house started to smell like burning plastic. My microwave had started on its own, and there were some new Pokemon knock-off figures in it being slowly melted. I took them out, brushed more figures off the table and... I think I ate the plastic? My mouth hasn't stopped burning since, but maybe that was something else. It's fine.

I'm sorry I'm writing worse and worse aren't I? There's plastic fumes in here everywhere and it makes me so ill that it's so hard to think. It's okay though, I can finish I think.

After I maybe ate the plastic, I started gathering all the mirrors in my house. I needed to throw them away because whenever I looked in them I didn't look right. Like a bad paint job. I still see my reflection in other stuff, like water and my computer screen, but I try not to look.

The shelf of bootlegs is overflowing with the figures and they're spilling onto the floor. I noticed that the other bootlegs I had on there are okay, like a slightly off-model Charmander stuffed toy still looks like Charmander, but when I look at an image of a Charmander anywhere else it doesn't look right and its colors are wrong and its face is lopsided and it looks so plastic. Maybe I've adjusted. It's not so bad, really.

I had to lock my door because people kept trying to come in. If they come in, they'll see. I can't let them see or something might happen to me.

I have to step carefully around my house now to not step on the figures. I don't want to break them, since they're already so fragile.

I did accidentally step on one this morning, though. At least, I think it was an accident, but I was stomping on it awfully hard over and over.

After the plastic snapped, it started to squelch like meat.

Then the others cracked open, too.

Written by Netscapenavigaytor
Content is available under CC BY-SA 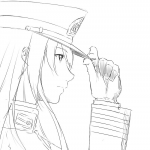