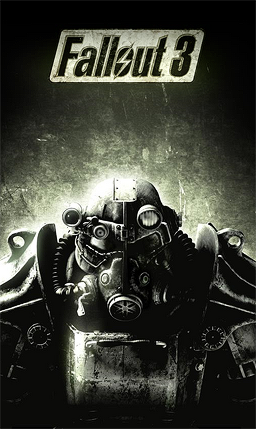 Fallout 3 contains several in-game radio stations. The most diverse and important station is Galaxy News Radio. Many players of the evil persuasion know that you can kill Three Dog and he will be replaced by the technician Margaret. She is not a charismatic person and has very little to say, seeming to not enjoy her new announcing duties. She also never appears in person, and therefore cannot be killed. Once Three Dog is dead, you're stuck with Margaret.

What most players do NOT know is that under certain circumstances, GNR will become a "numbers station." A numbers station is a station that broadcasts an unusual coded message. Many of these exist in real life and some hypothesize that they are a nuclear retaliation control network. Simply check Wikipedia for more information about these odd broadcasts as they relate to the real world. Back to Fallout 3...

No one is really sure which actions are needed to hear the numbers station in Fallout 3. It appears that you must kill Three Dog, because no one has reported hearing the numbers station with him still alive. It also appears that you have to skip over the quest "Galaxy News Radio" where you help boost the signal so that the station can be broadcast further than just the immediate DC area. This is easy enough to do with either a speech check or simply using the Fallout Wiki to look up where to go next and advance the main plot. Finally, you definitely have to destroy Raven Rock. This is the actual trigger to turn GNR into a numbers station, and it will remain such for the rest of the game. However, the vast majority of the players who perform these three actions still continue hearing the standard GNR broadcasts, so there must be several more requirements the community has yet to isolate.

If you're lucky enough to have hit upon the right set of circumstances, just after destroying Raven Rock, you will get the message, "Radio signal lost" and a few seconds later, "Radio signal found." You cannot, however, actually listen to GNR just yet because you didn't boost the signal and are out of range of the broadcast at the exit of Raven Rock. Luckily, Raven Rock is situated in the mountains and is right near one of the few places outside DC that you can get high enough to catch the signal. So far, the confirmed location to hear the GNR numbers signal are:

When you tune in, you will hear an old familiar voice... Three Dog, despite the fact that you killed him earlier. However, you will quickly notice that he does not seem to be "in character." So I guess it's not technically Three Dog, but just the voice actor, Erik Dellums. He reads a series of numbers in a monotone, depressed sounding voice. He always recites a list of single digits between 9 and 12 characters long. For example, "nine-three-seven-nine-one-seven-two-zero-three-four." He never uses a multi-digit number like "eleven" or "forty." These numbers are followed by widely varying lengths of Morse code. This is then followed by the song "I Don't Want to Set the World on Fire". All other music tracks seem to be inactive on the numbers station.

The Morse code was the easiest part of the mystery to crack, as the code is widely available and many people actually know it by heart. We quickly had a list of a great number of messages in English. Some sounded completely mundane and even comical, such as "Washed the car today, maybe Chinese for dinner," or "Have you watched my YouTube video yet, I uploaded myself kicking bums in the nuts."

You may be saying, "But wait, YouTube doesn't exist in the Fallout universe," and you are right. As far as we could tell, all of the messages sounded like they were based in our reality somewhere near present day.

Some of the messages, however, are quite sinister, such as, "The Queen has died today. The world mourns, as on days like these, we are all Brits," or "I can't believe they're actually done it. Not long left. The noise. I can't take the noise anymore. I have a pistol in the attic."

Just recently, a player on the wiki forums noticed a message that brought to light the meaning of the messages. He was reading a thread that collected all known messages, transposed from Morse to English, and saw the line, "one-two-zero-five-five-two-eight-two-zero-one-zero. What are you talkin' about? You'll be missed." He realized this referred to the recent death of Gary Coleman, and then quickly realized the numbers were the time and date of death. He immediately scanned through the messages to try and find more examples of this apparent future telling by a game that's more than a year old. The next message he read shocked him and pushed him to enlist the aid of the others to decipher the codes. The message was "nine-four-five-four-two-zero-two-zero-one-zero. Accident in the gulf, several dead. Oil spill apparently averted." He realized this was the BP explosion and the erroneous day-one assessment that the well was not leaking.

From this point on, all numbers will be transcribed as times and dates. All times were given in game in military format and remain so in this document.

Numerous members of the Fallout Wiki message board began looking over the messages to see what else we could learn. We quickly found that most of the dates were after the game had been released, yet oddly some were from the past. "22:15 April 15th, 1865 He's dead and blame will probably be placed on that actor, Booth. Johnson better not cheat me out of the payment." This shed new doubt on the official version of the Lincoln assassination.

As the community quickly started piling up interpretations of the messages, the mods of the site summarily banned everyone who had posted in, or even read the thread. All reference to the numbers station was removed from Fallout Wiki and filtering software was put in place to prevent reposting of any relevant information. A few people, however, are trading emails and slowly finishing the translation of the remaining messages and putting dates to the existing ones.

"I can't believe they've actually done it. Not long left. They were warned, but they just had to keep pushing the boundaries of science. The noise. I can't take the noise anymore. And the light, dear God! The Universe is slowly unraveling around us. I'm not going to wait for death. I have a pistol in the attic." This is actually the only message not preceded by a string of numbers.