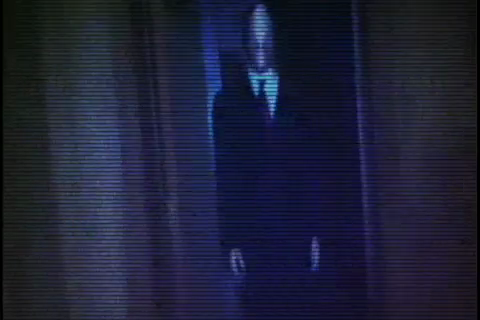 Fate has taken its course.

Adolf Hitler, Chancellor of Germany, allowed the tears to fall freely from his face. His wife, Eva Braun Hitler, lay beside him, the cyanide-induced seizures finally subsiding. He did not cry for her, though he felt her absence profoundly. No, Hitler cried for the death of Germany; the total devastation that had been visited on his country and his people.

As if on cue, the walls shuddered as more Slavic shells pounded the lands he had ruled absolutely for over twelve years. Above, the men and women of his country were being slaughtered and brutalized. The thought of his capital and his people under the thrall of the Marxist untermenschen[2] was horrific, and yet now it seemed inevitable. If only Great Britain had seen the value in alliance, if only his Generals had led better against the Soviets, if only...

Hitler's hands shook so violently at his thoughts that he dropped the cyanide capsule and handgun. His body was deteriorating, the disease he had carried with him since his early years was finally winning-out.

The Chancellor's mind wandered then, his thoughts going to his past in Vienna. His meager existence, the sights and sounds, the smells and the newspapers, the children in the streets...

Their eyes missing, black sockets staring at him.

As if stumbling over something in a dark room, a memory startled him out of his reflections. Horrified at the macabre, unnatural image burning into his consciousness, he shook himself back to the present. He was shaking all-over now, his body moist with sweat. His wife's body was still warm. The Soviets seemed to be dropping everything they could over his head, the dull thumps and crashes never ceasing for a moment. The Walther PPK was cradled in his lap, the brass cyanide capsule close by.

Fate has taken its course. Steeling his battered nerves, Hitler grasped the two items in each hand. Taking several calming breaths in preparation, he looked around the bunker that would be his tomb.

In the shadowed corner, stood him. He wore a deep black suit, his head cocked to the side. Though Hitler could not discern the creature's facial features, he knew there would be none.

This was Der Großmann[3], a name Hitler knew, and yet could not remember from where or when.

Der Großmann did not move, his unnaturally-elongated body swaying like the branches of a tree. The creature reached fully to the ceiling of the bunker, yet Hitler knew the creature could become much taller. Though the being did not have any shape or contours to his head, the Chancellor recognized it was looking at him. The shelling above seemed to muffle, and the air in the room began to thicken, and Hitler knew the creature was going to speak.

[Strange. You were not to see me as I observed you ending your life.]

The monster's voice was like three beings speaking in unison: a sultry female, a young child, and an elderly man. The elderly man held primacy of the three at the moment; Hitler knew the creature could change the primary voice to express itself in place of facial features.

Hitler sat frozen, his eyes wide. He tried to speak, but his mouth was dry and his mind was blank. Tremors set upon his hands again, yet this time he held on to the cyanide and handgun. The noise outside seemed to cease, and the only noise the Führer could perceive was his shuddering breath.

Memories, images from nightmares and thoughts he had suppressed flooded his mind. Though the scenes and the events were all different, always were there the black-sockets of children, and always the Großmann was present. Places from Hitler's past seemed to be re-told in his mind's eye; the creature was there at the Putsch, was at his inauguration in '33. From Sudetenland to Paris, it had been there. Watching.

The monster in the corner spoke again, this time the voice was lead by the woman.

[You are remembering now. This was unexpected.]

The Führer was finally able to recapture his voice. "What do you mean?"

[You have been declared a failure, like Hess, Göring, and Himmler. That you can see and speak to me now means things have perhaps changed.]

The voices seemed to cause pain to Hitler, yet he felt his ire rising at the mentioning of the three men. "They all abandoned me, abandoned Germany at her most dire hour. They would sell us to the United States, the Slavs and the filthy Jews! They-"

[Failed. I have been at your side the entire time. I am aware of their failures.]

Hitler fell silent, his eyes falling on the handgun and cyanide. "They failed me. Germany has failed me. The untermenschen will destroy everything that my people strove to build. It is all over."

[You are a pathetic man, ruler of a dying Empire. Your hubris brought things to where they are now.]

The Führer started, his ears not used to hearing such naked accusation and criticism. "You presume-"

The air suddenly tasted of metal, and the lights seemed to dim. The child's voice took primacy, and Hitler felt true fear weigh down his shoulders.

[I do not presume, manling. Your defeat was known well before now. You will watch your tone and show deference, bunkerführer[4].]

Hitler did not breathe, did not move, as he watched Der Großmann lift his arms towards him. Though he stood in a corner several feet away the hands easily reached the Chancellor's bed. Hitler did not resist, did not flinch, as the hands grasped the cyanide capsule and handgun, and pulled them out of his shaking grasp. The Führer watched as the two items seemed to melt into the miasma that now enveloped the corner.

After a moment, the air seemed to return, the darkness formed back into Der Großmann's shape, and the voice of the woman was loudest of the three.

[This was not an expected outcome, Adolf Hitler. It is a welcome surprise, both to myself and my Master. You have fulfilled the prophecy, you are indeed the Messiah.]

Credited to heavens2kadonka
Retrieved from "https://creepypasta.fandom.com/wiki/G%C3%B6tterd%C3%A4mmerung?oldid=1326742"
Community content is available under CC-BY-SA unless otherwise noted.