It all started with a text message.

The message came from Mark, one of my best friends, whom I had known since before elementary school. This kind of message wasn’t unusual for us. We’d often have these rather random conversations about whatever one of us thought about at the moment.

I replied with “Yeah. They’re cute.” and went on with my day, not expecting anything else to come of that. It was just a random two-message exchange about an equally random topic after all.

A couple of days later, he sent me a picture of some white fox he had found online. “Look how adorable this guy is!”

The next day, he sent another one.

And the day after that, I received two.

A week later, I was being bombarded nearly hourly with cute videos and images of foxes.

Even though I really appreciated him wanting to share his new-found favorite animal with me, I eventually had to ask him to stop. It was getting annoying and, to be completely honest, almost a bit creepy.

Luckily, Mark, while visibly disappointed at my lack of enthusiasm for vulpines, complied with my request. He never sent me any pictures of foxes after that. But only then I realized that this whole thing went deeper than just cute pictures he was sending to people.

While it was very gradual at first, I began to take note of his increasing tendency to bring up foxes in more and more unrelated conversations.

At first he just made offhand remarks about them when we were talking about things like pets, repeatedly stating that foxes were “like a strange fluffy combination of cats and dogs”, always commenting how much he’d like to pet one one day.

Then he started to give me random facts about foxes in the middle of any conversation, seemingly not caring that they weren’t even tangentially related to what we were talking about.

It was like he almost compulsively wanted to share everything there was to know about foxes with the world.

After several months of this, he started to go on these long rants about fur farms and hunting and how these things were “absolutely disgusting shameful blots of barbarism on modern civilization that needed to be eliminated as soon as possible.”

He had also begun to collect fox-related things. Everything from plush animals to books on mythology started to fill his room.

I was getting really worried about Mark. Through a concerned friend working at the local bank I had become aware that he was giving away considerable amounts of money to organizations like wildlife rescues or shelters for animals saved from the fur industry. These were of course great and honorable causes to support, but Mark began to struggle to support himself in day-to-day life because of his donations.

Up until then, his apparent obsession with foxes, while sometimes annoying, had been harmless, but now it had begun to seriously affect his life, and I, as his best friend needed to help him.

So I confronted him one evening when we were watching a movie at my house. I talked to him for almost two hours, arguing about how he really needed to seek professional help, but he insisted that he “just really liked foxes”. I was desperate to help him. He was hurting himself.

Mark stormed out of my house that evening, cursing and swearing, driving off into the night without saying goodbye. I went to bed with a crushing feeling of helplessness. The next day, I told myself over and over, I’d visit him and talk about all of it. We had fought before. We would resolve this.

To my surprise, I was greeted with a message from him on my phone the next morning. Words can’t describe how relieved I felt when I read that he felt sorry for what had happened and that, after thinking about it for a while, he had realized that I was right. He promised to begin looking for a therapist as soon as possible.

Things went upwards for a while. Mark dialed back his donations to a reasonable degree and only gave fox trivia when it was appropriate. It seemed like he was on his way back to being the Mark I had known for most of my life.

It was all going well, until we decided to go to the cinema one day.

The sun had already set when we were driving through a forest between towns, not worrying about all the things going on in life. It was going to be the first normal evening with him in a while.

When we turned a corner, I suddenly saw a flash of something reddish on the right side of the road.

I reflexively slammed the break as to avoid what I perceived as an imminent collision with some creature that was about to walk into traffic.

Mark and I were violently thrown forwards, but thanks to our seatbelts nothing else happened beyond us being rather shaken for a minute or two. Only after I regained my breath, it came to my mind to look what caused me to perform this sudden maneuver.

There, next to the road, a fox was lying on its side in a pool of dried blood. The poor thing had obviously been hit by a car. Its red fur had fooled me into believing that there was a living animal running onto the road.

Mark had gone silent. He had seen it too.

Feeling somewhat bitter, I contiuned driving. By the time we reached the theater, I had almost forgot about the whole thing. Mark however didn’t say much during the entire evening.

I could feel that something had changed within him.

He became quiet after that day, only talking when he absolutely had to and never answering messages unless they were very important.

We met a couple of times, but he seemed lifeless and grey. He didn’t laugh anymore, he only smiled weakly from time to time.

“I’m just tired,” he always replied when asked if he was feeling alright.

He tried to hide it, but it was obvious to everyone that something was terribly wrong.

To my frustration, nothing I did seemed to help.

Not being able to make my friend feel better was pure torture, but it didn’t prepare me for what would come next.

Mark hadn’t answered any calls or messages in three days.

I was so excited when my phone rang with his name on the display.

In my head, I was already picturing us hanging out together again.

But it was just his crying mother.

He had hanged himself.

I am not going to talk about how I cried for weeks on end, how I cursed and screamed, and how I sunk into the deepest depths of depression for several months. I will not go into detail about how I felt betrayed and left alone by what he had done, or how I blamed myself for not trying harder to help him. I will not describe all the anguish and pain, because I don't want to focus on grief. And to be completely honest, I really don’t want to relive the memories of that terrible time.

It was hard, no, near-impossible for me to go on with my regular life. After all, an integral part of it was missing now.

Yet, I somehow eventually managed to continue

I was beginning to feel better, choosing to focus on all those happy memories with Mark instead of the fact that there would be no new ones with him.

For nearly half a year, I had made a steady climb out of my depression.

Yesterday, I received an e-mail from Mark’s address.

It was manually set up to automatically be sent to me on that date.

I began to tear up when I saw it in my inbox, but curiosity quickly won out over sadness. With a deep breath, I opened it.

This should reach you a couple of months after I… you know.

First of all, sorry for causing you and everyone so much pain. You should know that I didn’t mean to leave you alone or hurt you or anything. But it had to be done.

I’m really bad at this whole “emotions” thing, so I’ll keep it short:

Thank you for being there for me. You did your best. It was not your fault.

I know that you have so many questions, but I promise you that you will find answers soon.

You know it’s all just foxes? Once you begin to pay attention, they’re everywhere, in one way or another. In mythology, in media, in everyday life; they have been there since the beginning. I realized that a couple of months ago.

First in pictures, then in stories, then everywhere around me I saw them. They’re not always there of course;  sometimes it’s just the idea that counts. A fox-shaped hole in your shirt, a fox-red spot on the wall, the golden eyes watching you in your dreams.

They are the best creatures in this world, there’s no doubt, but they are in danger. Human existence is directly opposed to the existence of foxes.

I hope you understand that what I did was what was necessary.

After all, I like foxes. And I think that more people should do so.

Again, sorry for everything that happened

I wish you only the best.

I was shocked. All the sadness and anger came back to me in an instant, hitting me like a truck. I fell back into that same depression from months earlier. How could this be all he had to say to me after just going like that? Just more insane rambling about foxes.

They are just some random animal!

I couldn’t stop thinking about it.

That one sentence from his final message wouldn't stop echoing through my mind.

"Once you begin to pay attention, they’re everywhere, in one way or another."

And so I began looking.

Now that I am sitting here, having seen so many pictures, read so many stories and made so many observations of the world around me, I realize that there’s a certain something about foxes that's hard to put into words.

They are everywhere. I can see it now.

After all these sleepless nights collecting as much information as I could find, I have to admit that maybe Mark was right.

I am infinetly grateful that he planted the seed of this irrefutable truth in my head. Now I will spread the word so that everyone can see it.

I suppose it is now my duty to do what I am doing.

And I think you should too. 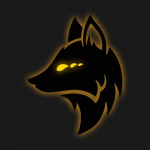 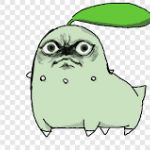 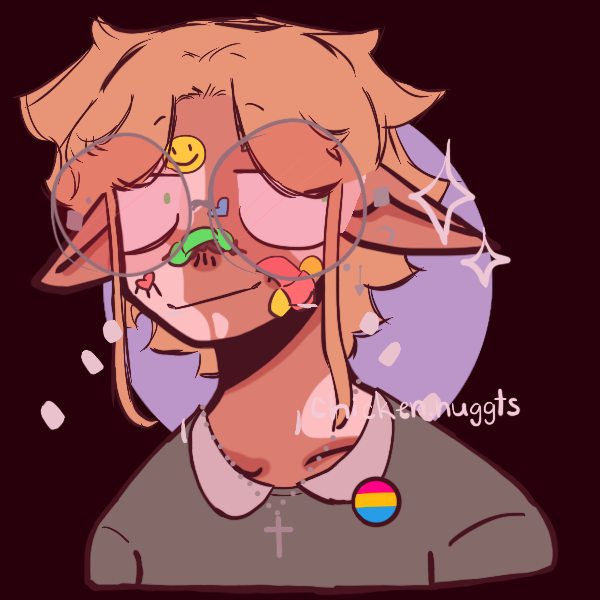