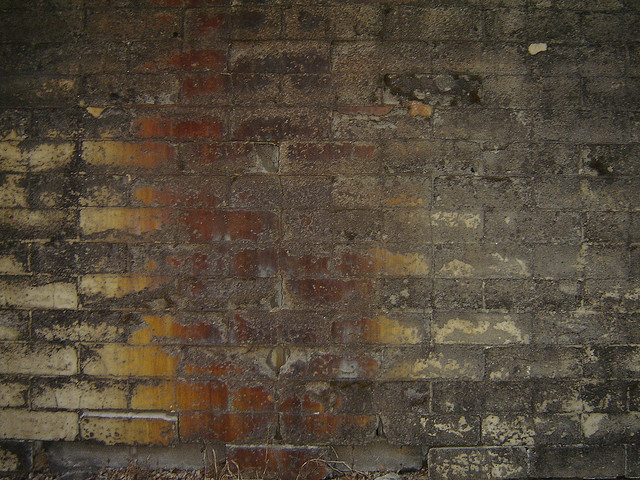 Last year, I moved into a middle class house right around summer time. The move went smooth, and it seemed like everything was just… working. Nothing broke during the cycle, I had plenty of friends to help me out, hell I even found twenty bucks in my couch! Beer money? Hell yeah!

Anyway, back to the house. For the first day or two, I thought life couldn't get any better; my girl was beautiful, my friends were happy, and my parents were fixing their relationship. However, I hadn’t realized - until it was too late - that I was doomed to remain in this prison, which I sit in now as I tell you this story.

The first time it happened, I was in my room. I was in the zone on my Xbox. You know what I mean, where you get 10 headshots without breaking a sweat?

Yeah, that. As I was kicking fat terrorist ass I heard movement downstairs (my room was on the second floor). It sounded like someone was running around down there. Like, they were running from room to room banging on the walls, just being flat out obnoxious.

“Hey, Jeff! Get out of my house, I said three-o’clock, dumbass!”

I waited a few moments before turning back to my game, but it was too late. I was already doomed. I saw it come at me too late… A tank.

The next few days were normal, there were no more sounds that shouldn't be there, just the pipes, the heater, you know the sort. Yet, about 3 days later, that idiot Jeff snuck into my house and started beating up my shit.

“Alright, you aren’t getting off so easy this time!” I shouted as I charged down the stairs. As my foot hit the last step, something out of the corner of my eye moved. I looked over so fast that I got whiplash. “Oh, dammit!” I moaned. I didn’t even pay any attention to the fact that whatever was in my house - had disappeared.

After that, it got worse.

That same night, as I laid in bed, the banging started again. Not only was it worse, but it was on my floor of the house this time. I was sure I locked everything before I came up here, so here I was pissing my pants at 900 miles per hour while something destroyed my house. I actually pulled the blankets over me - hey, I was scared - as the noise approached my door. Just as I expected it to bash open my door and slaughter me, it stopped.

The next morning I grabbed my baseball bat as I got out of bed. If whatever that thing is, was still out there, it would regret it. I didn’t find anything, but my house was trashed. Almost everything was tipped over, torn, broken, missing, or worse. I just figured I had been robbed.

I called the police, they didn’t do shit. But the noises stopped for a week or so, and that made things easier. Sure I was pissed that some fuck destroyed my new place, but at least I was OK. But, of course, I know now that it wasn’t a robber, or Jeff, or the pipes in the walls… it was the thing IN the walls.

A week after the incident, it came back.

This time it was pissed. I was startled out of my slumber by the noise of a vase breaking into a thousand pieces downstairs. SMASH it went, with little pieces still breaking a few seconds after the initial smash as if to mock me.

Not long after, I began to hear more deep, guttural banging noises on the walls again. Coming from inside of them, no doubt. As I lie there in my bed, I let out the tiniest, quietest, timidest squeak by sheer mistake, and the noise stops.

Sharpest ears I’ve ever seen, those were.

After several painstakingly long moments of silence, I released the breath I was holding, thinking it was over for now. Big mistake, I realize, as the noises suddenly start to rampage up the stairs. Incredibly fast, incredibly loud, smack, crash, bang against my wooden floor.

The beast, which I could now accurately call it, broke my door open with intense force, thrusting it all the way to the opposite side of the room. Being an intelligent individual, I had already hidden under my impenetrable field of safety known as the common blanket.

The noise of this monstrosity running through my room, its footsteps close enough to damage my eardrums, was the scariest thing I had ever experienced in my entire life.

With a sudden burst of adrenaline, I threw the blankets off in the direction of the… thing, somehow making a direct impact to its face. Whoever - or whatever - this was, was stunned. But not for long, and I knew that. I frantically moved across my room, attempting to make it out the door, downstairs, outside, where I could attract public attention.

Tonight, luck was not on my side. I knew this as a large hunk of my hair was grabbed from behind and pulled out with such force that pieces of skins came along with it, along with a shitload of blood.

Before a scream escapes my voice box, I’m being held down by a dark, hairless beast that walks on all fours with a face I can hardly imagine again, that then smashes my head with its fist, sending me into a dark, welcoming sleep.

Someone new has moved in, but they don’t even acknowledge my existence, the jackass. I patiently watch, wait, hear, hoping that they will. But no. Not me. I’m not worth it to them.

Maybe if I bang on the walls.

Retrieved from "https://creepypasta.fandom.com/wiki/In_the_Walls?oldid=1417275"
Community content is available under CC-BY-SA unless otherwise noted.