Leave a Light on for Remus

If you've been active in the Disney fan base over the past year, you'd know that Disney has announced plans to rebrand Splash Mountain at Disneyland to a brand new attraction based on the film The Princess and the Frog.

While this has been touted as a way to bring Tiana and therefore diversity to the parks, some of us, people like myself who have worked on the ride, had a feeling there was a different reason for the change. A much darker reason.

If you didn't know, Splash Mountain is based on the 1946 film Song Of the South, which has effectively been banned by the Disney Corporation, despite being the source for Splash Mountain.

While the film never got an official VHS release in the USA, it was released overseas. Since it never got a release here, the only way to watch it was in a Movie Theater, which only happened twice, on a foreign release, or a bootleg copy of the movie.

One particular bootleg was smuggled in from Japan in 1990, the year after Splash Mountain opened, by a Cast Member named Remus George. Remus was on a trip with his school, when he smuggled the tape out of a small market, and was confronted by the owner for the theft. Eventually the owner decided to let Remus go with the tape, but without Remus's knowledge, put a curse on the tape. One which was designed to bring about the downfall of any thief.

Upon returning to the US, Remus and two friends watched the tape in his dorm. One of those friends recalls that the film seemed to have an affect on Remus, and he could be heard whistling songs from the movie during his shifts at Disney the day after watching the tape. This was odd, since Remus had before been a very quiet individual, but his behavior changed even further.

Remus worked in Fantasyland, usually at The Matterhorn. However, in the days after viewing the film, he would either leave his post early or skip his shifts all together. Whenever this happened, he would quickly be located at Splash Mountain, standing at the entrance, almost in a daze. He didn't seem to care about skipping work, but Disney certainly did.

Not even a week after his behavior changed, Management had enough of his actions and fired him. Despite being fired, this still didn't change his obsession with Splash Mountain. He still stood by the entrance daily, yet never going on the ride.

One day he actually managed to get on the ride, but was so overjoyed at the sight of the animatronic Song of the South characters, that he jumped out of his log and tried to join them on the bank. Unfortunately, he jumped out right when his log was going down one of the drops, and he was flung onto the bank at the bottom, killing him instantly.

While Remus' death was ruled an accident, the two friends who had watched the movie with him had a feeling it had to do with that tape. After all, he had only started acting odd after watching it. They re-watched it, only this time the audio in the Laughin Place segment was silent, and all that could be heard was a voice saying "The thief has met his downfall" over and over again, until the segment ended. The two left Disney shortly after.

All seemed back to normal, until 1992 when 25 year old Michael Nelson got off Splash Mountain claiming to have seen one of the Br'er Rabbit animatronics on the ride staring directly at him while singing "How Do You Do? Mighty pleasant thieving! How do you do? Soon we'll be a-meetin!"

Michael was so unnerved by this he tried to leave the park, but was eventually found by the night crew in the Laughin Place section of the ride, lying on a fiberglass mushroom. He had taken his own life, while writing the word REMUS in his blood on the walls of the scene.

That wasn't the end. By the end of 1999, the ride's tenth anniversary, over 100 people had reported hearing disturbing cries of "Remember Remus" and disturbing laughter throughout the ride.

Park officials had no explanation for this phenomenon, other than to lie and tell the guests they had been hearing a test audio effect that had recently been installed. Eventually, a priest was called in to inspect the ride for spirits.

The priest was so shaken by what he found that he ordered Disney close the ride immediately. There was something that no person should be exposed to on that ride, was his answer. Something not of this world.

Disney obviously refused to close the ride, so the priest thought of a plan. Drawing a cross in holy water on a mushroom in the attraction, a light was ordered to be left on the mushroom at all times to keep the spirit at bay.

This brings us to 2004, when I started working on Splash Mountain. The first night I was doing my walk through, my supervisor Tom told me the whole story of Remus and the light on the mushroom. I thought he was kidding. After all, workplace ghost stories aren't exactly rare. I figured this was just Tom pulling the new guy's leg. We were about to leave the Laughing Place section, when Tom called into the dark tunnel, "I left a light on for you Remus" He then turned to me and said, "Always leave the light on for Remus".

I made pretty good on that promise, until about 2 years later, when for whatever reason, I forgot to leave Remus' light on.

The next day, a child climbing out of his log slipped and got his foot caught between the log and shore, causing his foot to be ripped off when the log suddenly moved.

Every night after that, I made sure to leave the light on for Remus. Over the next few years, every now and again some intern or College Program student would forget, and an incident would always occur the following day:

Dennis Johnson became hysterical and tried to climb off the ride, only to fall and be struck by an oncoming boat.

Zoey Fannie managed to get off the ride vehicle and climb a fake tree, eventually falling and breaking her back.

By the time I left in 2011, I had either seen or heard of twenty seven incidents occurring on or around Splash Mountain. I can only imagine how many have occurred since then.

Of course as you know, Disneyland and Splash Mountain were closed for most of 2020 and early 2021 due to the pandemic. A group of higher ups who were aware of the curse did some research into paranormal activities. They found out about the connection between Remus and Song Of the South, and deduced that was what was dragging the ordeal out.

Nobody knows when Disney will actually go through with removing the Song Of the South theme. It could be months, years, even decades. Until they do, I only hope that whatever Cast Member closes the ride leaves a light on for Remus. 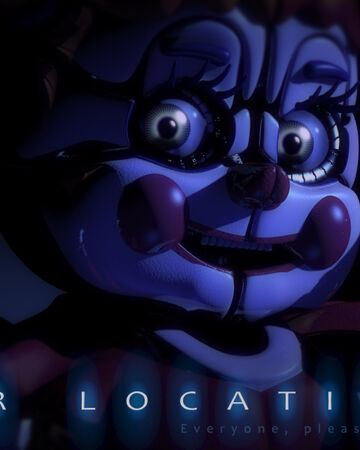