As a child, my favorite part of Halloween was the pumpkin carving. At first, my brother and I would just watch our dad do it, since we were too young to play with knives, but as we got a little older we were allowed to make our own. I was much better at it than my brother, but he didn't seem to mind. He wasn't into the artistry of it as much as I was. I loved it so much that our dad would take me back to the pumpkin fields every few days so I could continue creating my masterpieces.

Everyone loved my pumpkins. The neighbors would always say how talented I was to craft such expressive faces. My dad started calling me his 'little carver'. I even started carving pumpkins for people in the neighborhood. Pretty soon, everyone had one of my famous pumpkins on their front stoop. I remember my dad bragging to one of the neighbors that I could probably carve a pumpkin in my sleep.

The Halloween after I turned twelve, I got the most candy of any previous year. People gave me extra as a way of saying 'thank you' for the pumpkins. There was so much that I gave some to my brother, which I normally wouldn't do. He gave me a big hug and said he loved me, so I smacked him and called him an idiot. We ate so much candy that we went to bed with stomach aches.

That night, I had a dream that I went to the pumpkin fields alone. It was dark, and all I could see in every direction were pumpkins of all shapes and sizes. I strolled the rows, searching for the perfect one. A voice from behind me said, "Pick me!" So I turned around to see a huge, magnificent pumpkin. It was almost as big as I was, and looked ripe for the carving. A knife appeared in my hand and I went to work, stabbing and slicing as inspiration took over. When I was finished, it was the greatest creation of my young life. Brimming with pride, I took a step back and admired my achievement with a satisfied smile.

The next morning, they rushed my brother to the hospital... but it was too late.

Written by Umbrello
Content is available under CC BY-SA 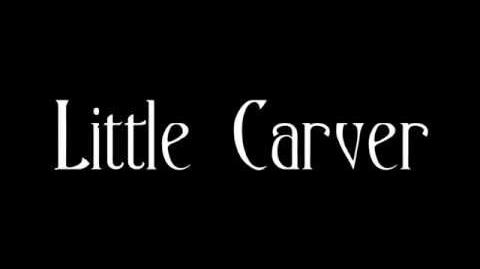