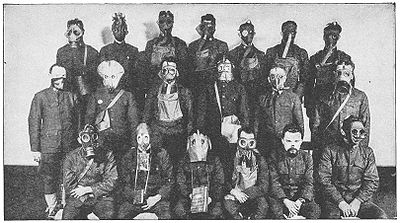 I had been in the trenches for nine weeks.

We had been stuck in the grind for seven of those weeks. Each morning thirty men would pray to themselves, or grab a smoke, maybe write a will, if they hadn’t already. At dawn, they would line up, and our only remaining officer, Sgt. Burns, would shake each of their hands. Then he would blow a whistle, and they would run straight into Prussian bullets.

Most got cut down right away, died quickly. Others, however, would remain unscathed until some random piece of shrapnel hit them through the guts. Those poor boys just had to lie there, watching their life seep out of them. Most swore at first, then they started calling for a medic. Most knew one would not come. This quickly deteriorates into sobbing for mothers, sisters, lovers. Some of the bolder ones call for a bullet, we try our best to oblige them, but that can’t always be done.

One poor boy jumped straight into barbed wire, avoiding a grenade. Cut himself up pretty bad, not enough to tear up something really important, but there was a lot of blood. It was slow. Three days, that was the count. He had some food, and there was a large puddle nearby. He asked for a bullet a few times. One of the rifleman, I think it was Ed, try to help him out, but started crying as he looked down the sights. He broke down, couldn’t take the shot. I pulled out my side arm and tried to throw it to the kid. Took him an hour to crawl to it, but he was able to what needed to be done.

I had played cards with him, once. Funny, all the people that had been at the game of poker had died. Was it me? Maybe, doesn’t matter now.

Anyway, it was like that for a couple of weeks. We started to run out of people to throw into the slaughter. We had an old man and two kids who had to be fifteen about to go over the wall when Burns got the radio call. There was artillery, aid from the United States. We pulled out a bottle of wine, some vintage we took from the Austro-Hungarians that had occupied the trenches before us. Those of us that were left enjoyed it. We all drank until we passed out. Sleep was hard, this was easier.

I woke the next morning to the sound of artillery. “The Americans are here!” I had said. “We’re going home!” I had said. I went around and roused those around me. Burns was already up, rubbing his temples. I cracked a joke about a hang over, and he turned to look at me. “Mustard gas.” That was all that he had said. That and; “Do we have gas masks?” I looked around. “No.” Burns pulled out a cigarette, lit up, took a drag, and passed it to me. I took a long draw, savoring the warmth. We watched the shells arc over our heads, and explode over at the enemy line. There was a lot of noise, from the other camp. Yelling at first, and then screaming.

I don’t know if it was that, the general, pervasive stench of death in the trenches, or just my hang over, but I found myself incredibly nauseous. I ran and retched into the latrines, a couple yards back from the line. I pulled myself together, and that was when I noticed it.

The wind was blowing towards us.

I ran. I got far. I went home with a medal for my “Honor”. Those poor boys went over that wall every morning, knowing they were going to die. They had Honor. They had Courage. I just happened to be far enough from the line to retreat far enough away.

The last I saw, Burns was throwing the smaller boys over barbed wire fences, urging them away from the cloud moving ever closer. He died there, trying to get those kids to safety. He is listed as a casualty. He died in combat, due to a mistake made by American artillery. He was given no honors.

That is my monster. That is what stalks me in the night. War is a monster, and if you have ever see him, he will never go away.

He’s still with me today.

Retrieved from "https://creepypasta.fandom.com/wiki/Mustard_Gas?oldid=383315"
Community content is available under CC-BY-SA unless otherwise noted.