When I was a little kid, the two things I loved most in life were Godzilla, and NES games. So naturally when Godzilla: Monster of Monsters came out, it was like a dream come true. Well, almost. To sum it up, most of the game revolved around getting through (very repetitive) outer space levels while smashing up tanks and jets, and then fighting against Godzilla's monster enemies. Overall it was pretty mediocre, but back then I didn't care. When I got the game as a present for my tenth birthday, I played it night and day, as much as I could.

Unfortunately I had traded the game for Amagon a year later, much to my regret when I found out what that game was like. Recently, I had bought a new NES system, and through a lot of hunting and asking around, my friend Billy finally managed to find a copy of Godzilla: Monster of Monsters.

I was pumped to play my favorite childhood game. It never even occurred to me to ask where Billy found it. He also gave me some other games like Legend of Zelda, Bomberman and some stupid thing called Action 52, but Godzilla had to come first.

So I started the game, and the nostalgia came flooding back like a tidal wave. Godzilla's 8-bit theme song flooded proudly through the speakers and I was soon grinning like an idiot.

Some people laugh at me for playing such outdated games, but I've never had as much enjoyment for any games other than those on the NES. Those 8-bit games take me back to when things were much simpler, more...safe. But after what's happened with this game I don't have those feelings anymore.

I had forgotten how quick the fun of smashing things as Godzilla wore off in the scrolling levels. The game bombards you with bullets and things crashing into you from every direction, and you're too big to avoid most of them. Although my excitement had worn down some, it wasn't long at all before I got to my first boss battle.

My first opponent was Gezora, an obscure squid kaiju who had never been in a Godzilla movie.

The most annoying thing about fighting Gezora is that he always backs you into a corner and starts smacking you with his tentacle, and you're unable to move until he gets off you. This move doesn't do any damage, but it can stall you until the timer runs out and you have to start the fight over, and he regains some health.

It's as annoying as it sounds. And of course, he did it when I fought him. Only for some reason this caused the game to glitch up, because once he started smacking me, he never stopped. The timer is supposed to end the fight in about forty seconds, but this lasted for nearly five minutes. After a while the graphics started to mess up, with little red blocks all over the place. 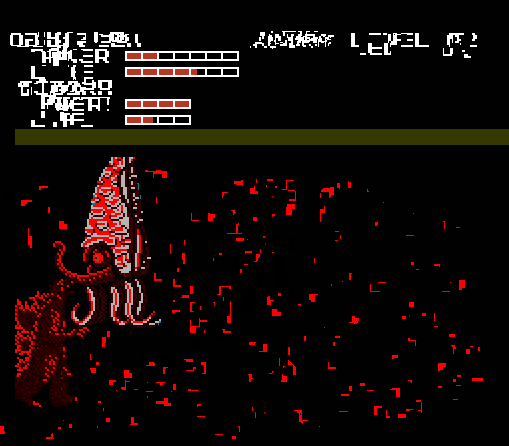 Which was weird, but I just took the game out, blew on it, and then started again. I wasn't about to let a little glitch stand in my way. So I started again and this time defeated Gezora and the level's other boss monster, Moguera without any problems.

So then it was onto the next planet: Mars. I browsed around the board and found something unexpected: where Varan's piece should have been, there was instead a piece representing Titanosaurus. There were only ten kaiju in the game, and Titanosaurus was not one of them. Or so I thought. Perhaps Titanosaurus was originally intended to be in the game but was swapped out with Varan for some reason? 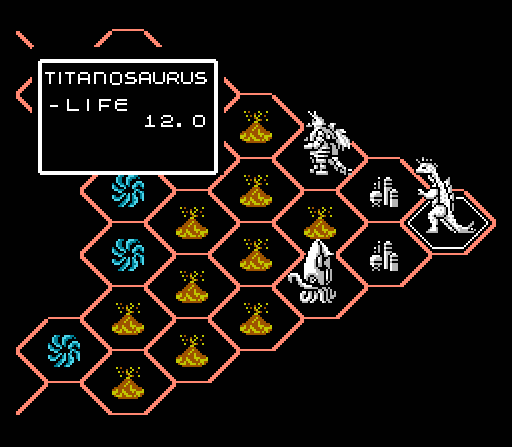 So I began to feel very excited – not only was I playing my favorite game, but I was playing a prototype of some sort with a new monster! Needless to say, I ran through the levels as fast as I could to see Titanosaurus in action.

Fought Gezora again and beat him before he could do his tentacle smack, but this time the glitch started happening when he died. Gezora's sprite didn't sink to the bottom, but instead seemed to be devoured by the glitch, and his eye started randomly spawning all over the screen. 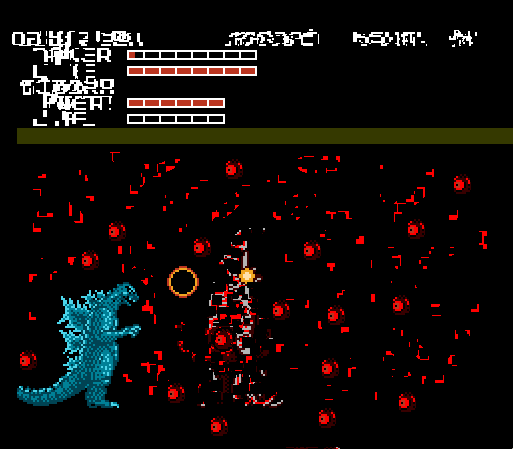 I know now that these glitches with Gezora were my first warning sign that something was very wrong with this game. But foolishly I ignored it, and proceeded on to fight Moguera, who this time had a glitch of his own: 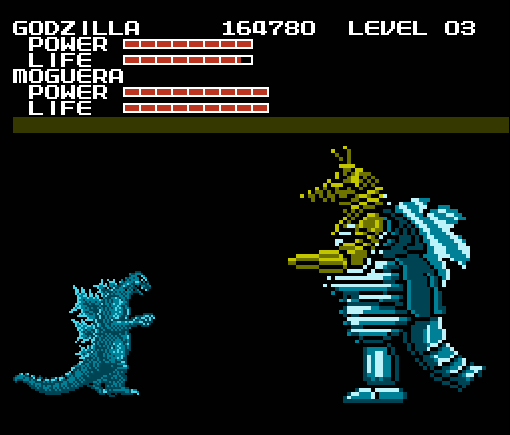 Moguera was twice the size he should have been, which startled me. He was also considerably harder to beat than usual(which is to say, not at all), but soon I had defeated him also, and when he died yet another glitch happened: 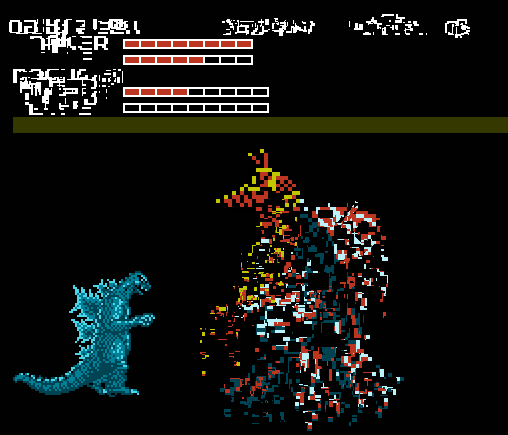 This happened extremely fast so I was lucky to get a screencap of it at all, but what happened was that the Giant Moguera sprite started to "shatter" and "melt". Also if you look at the garbled text at the right corner of the screen, you'll notice what appears to be a bird in a cage...I still have no idea what that meant.

At this point I was about to fight Titanosaurus, and I was worried as to what kind of glitches would happen this time. But to my surprise, Titanosaurus looked just fine, although all of the game's bipedal monsters were the same height, Titanosaurus was a bit taller. But since Titanosaurus actually was taller than Godzilla in his film debut, I thought this was kinda cool. 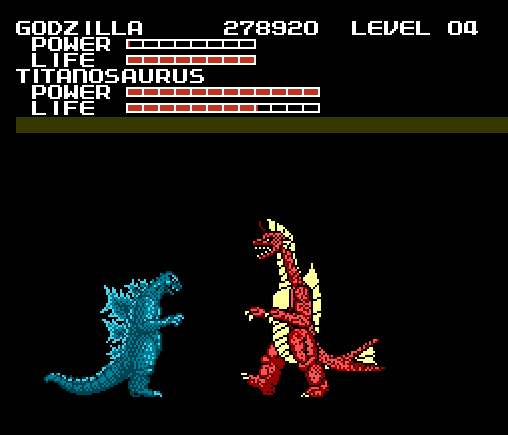 After a very fun fight with the monster that wasn't supposed to be in the game, I took over the enemy base and proceeded not to Jupiter like normal, but instead to... "Pathos": 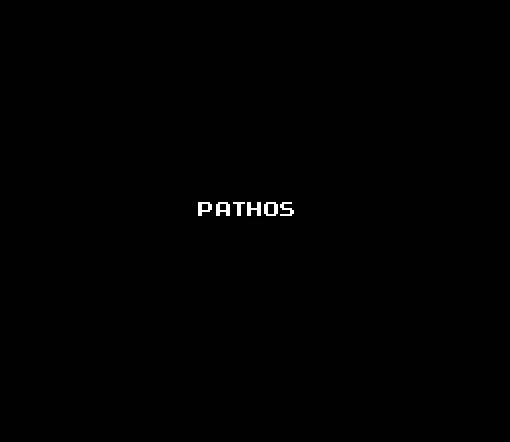