I was halfway to the front door when I felt the barrel of a pistol press into my side.

“Get back in the car,” a menacing voice breathed into my ear. “Make a sound and you'll be dead before anyone can reach you.”

The pizza box in my hands suddenly felt as heavy as lead. “Please don't do this,” I whispered shakily. “Just take the keys out of my pocket and go.”

Instead the man dug the gun so sharply into my ribs that I nearly gasped in pain. I turned and walked to the car as he followed closely and threatened to put a bullet in my brain if I tried to run. By the time I climbed into the driver's seat my pizzeria uniform had grown damp with cold sweat.

For the next half hour I drove at gunpoint. My boss called me over and over again, right up until the man threw my still-ringing phone out the window.

“Do you believe in fate?” he asked, but I was too afraid of saying the wrong thing to answer.

“Well, I do now,” he continued, undeterred by my silence, and flashed a smile that frightened me. “You walked into my life at just the perfect time.”

I thought about telling him that this was supposed to be my final night on a lousy job that'd made every shift feel like an eternity, and that I wanted nothing more than to go home and crawl into bed and never so much as look at a slice of pizza again. But I knew I would only make him angry, so I kept my mouth shut and gripped the steering wheel so tightly that my knuckles turned white.

Finally he commanded me to pull up to a secluded cluster of homes, where the man pointed towards a gray house with an empty driveway and grinned wickedly. “We're gonna wait for them to come home, then you're gonna take that pizza box and knock on the door. When they open it and tell you they didn't order anything, I'll charge on in.”

“Are you gonna hurt anyone?” I asked warily. He narrowed his eyes dangerously and my heart skipped a beat.

“Just do what I say,” he replied callously, “and then you can leave.”

But I didn't believe him.

Time passed. The scent of tomato sauce and garlic hung heavily in the car's tense air.

“I'm starving,” he said, and reached for the pizza box.

He'd consumed two slices and was working on a third when I saw confusion flicker in his eyes. The gun slid from his grasp and he began to frantically claw at his throat, gasping desperately for air. Foam bubbled on his lips as he wheezed and convulsed. I watched as his accusatory glare faded away into a pale, lifeless blue, and just before my captor died I spoke the last words he ever heard. 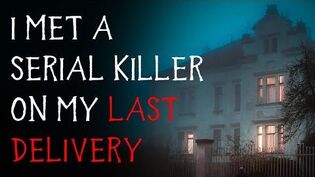 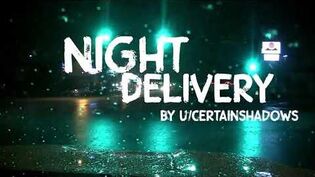 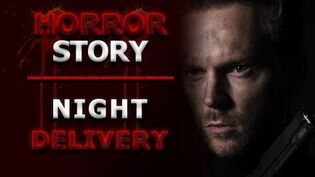 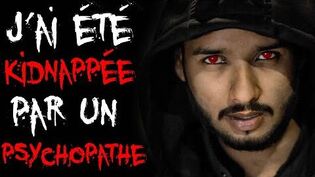 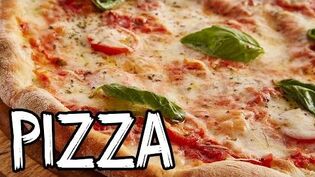 Retrieved from "https://creepypasta.fandom.com/wiki/Night_Delivery?oldid=1443851"
Community content is available under CC-BY-SA unless otherwise noted.