Defying my belief that this should be kept confidential, I will share this in the sole interest of two individuals. My name is Ruben. I have always been interested in subliminal techniques, regardless of the media or way in which they are conveyed.

However, I did not go looking for this particular example. No, it found its way to me. Its certainly no coincidence that the move "Curse" was introduced in Generation II with the release of Pokémon Gold, Silver, and Crystal versions.

Often heard that you shouldn't judge a book by its cover? A sound should not be judged by the way you hear it. There can be so much more, that of which the single sense of hearing can not handle by itself.

Sounds are visual as well, despite what some may say. Any piece of music can alter your state of mind and emotions. What else can sounds do? Maybe a certain group of individuals set out to answer just that.

New concepts were realized with version 1.0 of the Lavender Town music released in early Pokémon Green and Red cartridges in Japan.

There's no doubt that there was interest from the sound team to create an eerie effect from special inflictions in the music, most notably the high pitched frequencies which could only be heard by those with especially acute hearing.

Version 1.1 of the Lavender Town music soon replaced its older counterpart in newer cartridges in order to avoid suspicions. Perhaps enough data had been collected anyway.

The person who posted the previous video was surprised to find that his friend, Anthony, had developed a special way to retrieve the frequencies that were lost when the developed music was redesigned in order to fit within the limitations of the Game Boy. According to him, certain hints were left in the music which encouraged him to develop a way to analyze the sound and insert special tones which mimicked the original intentions of the music.

Although Anthony may have never realized this, the tones which he added constructed unusual images within the sound when combined with the original Pokémon music. These images had been embedded into the music through certain methods of steganography. In Pokémon Gold, Silver, and Crystal, these images were waiting for their key to be unlocked.

Likewise, two sound files from the Pokémon Gold, Silver, and Crystal soundtrack fit together in an interesting way. One you are most likely familiar with; the other you would have only heard if you had listened to your radio while within the Ruins of Alph. These files can never be played concurrently while playing the game. However, they can be while using a computer.

I am not the one who posted the previous video. I will refer to him as Edwin from this point on. When he looked through Anthony's laptop, he copied more than an audio file and just a few pictures.

Edwin found an entire algorithm which Anthony had written which was able to reconstruct the lost images within particular Pokémon sound files. Anthony had created the sound file featured in the last video from this algorithm and a generic binaural beat, which he had downloaded from the internet, and many viewers/listeners have recognized.

Subsequently after discovering Anthony's creation (lavender.wav) and his homemade algorithm, Edwin himself became obsessed with the oddness of Lavender Town. Despite what he wrote in the previous video, he did not lose interest. Edwin spent his time up until posting the last video testing Anthony's algorithm. He became quite familiar with it and tried it on numerous sounds from the early Pokémon games.

Eventually, he tried combining the Ruins of Alph music with the erratic sounds that play on the radio. After running this through Anthony's algorithm, results even more astounding than Anthony's original discovery were found. The outcome is this video.

To my dismay, I am the “sound enthusiast” which Edwin mentioned in the description of the last video. This is why I know so much of this ordeal and have felt the need to write this description as well as post this video.

Edwin contacted me through the internet requesting help with the lavender audio file, so I sent him a spectrogram program. He began to send me more and more details about the problems he was facing as time went on, and I grew to know him pretty well. Eventually, he sent me the password to this account along with a terrifying note.

Even after researching the sounds which caused Anthony's death for so long, I still don't feel better about it. It was my fault he died.

If I had just played through my Blue version with him, he wouldn't have become so interested in the Lavender Town stuff, we would have just kept playing. He was my best friend, but I let him down. I wasn't a true friend. Its like I hardly knew him anymore after we went our separate ways.

I can't stand living with this burden.

He attached the audio file playing in the video above as well as a password so I could access this account. To say the least, I was baffled at the time. The day after the previous video was posted, Edwin was found dead in his room, astonishingly with no flesh wounds to be found. Had he figured out the exact cause for Anthony's seizure? Was it suicide? Both?

Never did he mention any specific details about this audio file, other than what has already been mentioned in this description. I didn't want to have to get involved further in this incident, but as I have already stated, I feel like it is my obligation. I don't, however, feel the need to describe the occurrences that take place in this video. I will let you decide for your own about that. Keep in mind, though, that in the game the scientists in the ruins claim that Unown communicate with radio waves.

What was constructed in place of the Pokémon Tower in Lavender? The Kanto Radio Tower. I must let you know that this sound file was created with Anthony's algorithm with a binaural beat added in the background. Do the Lavender Town theme and the Ruins of Alph music have something in common? An accident? Something that could... drive someone insane? 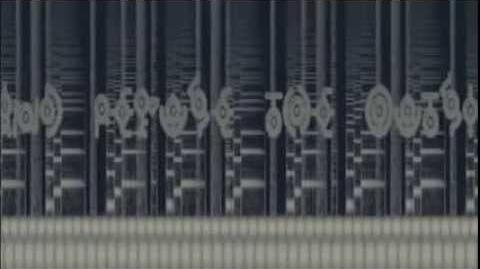