You ever seen someone die on camera? A snuff film is a recording of the actual murder of human being that is subsequently passed around for entertainment purposes. Suicides and accidents don’t count. According to the MPAA, the FCC, the FBI and the ever-lovin’ Snopes.com, there’s no such thing as a snuff film. Yes, this includes Faces of Death. Anything you think might count is faked, falsified, or not made for that purpose, such as those tasteless videos you find on shock sites.

This is a lie. There are, as best as anyone can tell, between thirty to forty snuff films floating around out there. The earliest is a silent film on decaying nitrate celluloid, simply titled La Mort D’une Fille, and bears the date of 1896. The latest, judging by the hairstyles and the presence of a “Frankie Says Relax” t-shirt, was probably made in 1983 or 1984 and is on Betamax.

The films vary in violence, but they all include seemingly ritualized sex, followed by the slaying of a girl with dirty blonde hair and piercing blue eyes who appears to be around nineteen years old. Every film has the exact same girl in it.

The Other, More Girthy Pasta 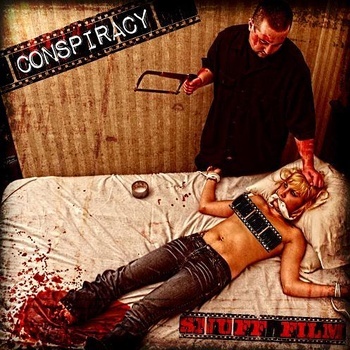 Of course nobody believes in Snuff films. It's just too sick to be real, right? Nobody in their right mind would actively produce evidence against them like that, let alone make money off of it.

Al Goldstein, publisher of Screw magazine, has a standing offer of one million American dollars for the one who can find a real, commercially sold Snuff movie. The offer has been in place for years and nobody has claimed it. And for good reason. I mean, you don't buy a carton of cigarettes and then sell it for half or a third of the price, do you?

Besides, as far as I know, nobody has ever taken one of these films home, seeing as they aren't sold as everybody thinks. That's too much of a risk. You pay to view a screening of it. Nobody ever held a copy of these films, except of course for the few people who make money off of them. As far as I know, there are only three, all male. Actually, the only females involved in these movies are the victims. Not all movies contain rape or sex of any kind, but it's not uncommon, especially with the few starring children as victims.

This all may sound a bit odd to a lot of you, but of course it does; it involves something that just can't exist, right? It is, though, very hard to get to attend one of these screenings. You need to be invited, and everyone who's ever been invited has been invited by personal mail, i.e. not via the postal office. The letters are apparently drenched in some chemical that makes the paper dissolve after a certain amount of time outside the envelope, possibly in contact with air or light - I don't know.

All I know is that these people are clever and they take their measures. If they knew who I am, they'd surely kill me, maybe even make me into a movie star. Then I'd be shown in their little cinema. It's quite a dark place, seeing as the only lights are candles situated around the screening room. The entrance to the Snuff cinema is that of a decrepit, old factory, reminiscent of a slaughter house. The letter would have short instructions as how to get to the screening room.

The projector itself, apparently hooked to a recently bought DVD-player, is powered by a car battery. I've been told they used to use a small gas engine back in the 30s. The 'chairs' are the same old tables that were once used as slaughter benches. As soon as the screening is over, all the guests, maximum ten or so, are threatened to leave immediately through three different exits with thirty minutes intervals. The exits are different from the entrance, as they lead to underground tunnels, probably old sewers, that lead to back alleys in different parts of the city.

The crew, i.e. the people with the films, quickly vanish, probably through a fourth exit. If you manage to find the screening room after a screening, you wouldn't know it was ever used for anything like that. It just looks like a walk-in-freezer with white walls, meathooks still in the ceiling, and of course the tables, still with obvious marks of old, dried blood.

There are about a hundred-twenty Snuff films to be viewed in just this one cinema (and there are probably more throughout the world), each categorized by victim, method of killing, whether sex is involved (and whether it takes place pre or postmortem) and by "level of brutality." At least one film is of young, blonde women being choked to death while performing an unwilling blowjob. Another of a young child being cut open while drugged just enough to not move, but enough to still audibly and visibly be awake. Yet another is of a man hung upside down on a meathook, then having his testicles removed with a machete and force-fed them before he dies from blood loss.

I could go on and on about these movies as I've seen a good portion of them. Why not? I have the money for it. The goriest film I've seen was that of a middle aged dark haired woman having her hands, feet, arms and legs amputated while drugged, then sewn them crudely back on at the wrong extremities.

The next cut showed her wriggle in terror as she tried standing up on her arm-feet until she collapsed and vomited. A door behind her opened and a male figure swung an aluminum baseball bat at her head. On impact, the head bent and she let out a gurgling cry before going limp and silent.

The angle of the camera changed and the man hit her head again, this time bursting it open with debris of brain matter. A crying child was then shown eating her eyes. It was the most satisfying movie I've ever made.