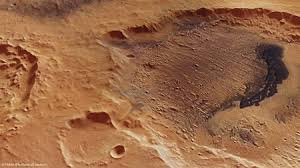 NASA are not the only ones in the USA trying to send spacecraft into space. There are plenty of unknown engineering brilliant minds attempting to, and failing, to make something break the walls of the atmosphere. Well, at least there were in my neighborhood several years ago. It was a quiet, small place with a low population, but almost half the people in it were amazing at engineering, especially things that had to do with spacecraft and rockets and all that. I had no idea what had drawn all these geniuses to this small town, and why they all wanted to launch their little test spaceships up into the sky in a specific part of town, the small park, but when it happened, almost all the people that lived there went to watch. It always failed. Everyone kept hush about this whole little "space program" we had going on here, so the government wouldn't investigate and find where we had gotten the parts from or something.

In late 2007, a group of four geniuses had gotten together to build something that would actually work, and had a little twist to go along with it. I didn't know what that twist was, but they spread the rumor of it to keep people interested. The four people were only the brightest minds in town, and the rest of the engineers were said to be too unstable to work on something as big as this. So the engineers quit their high-paying jobs, "received" some parts, I'm sure in a totally legal way, and went to work. They had hidden away and built the thing for over a year, but in January 2009, when everyone had forgotten about the whole thing, they finally appeared, carrying a box the size of a small cow, covered in a black sheet.

The scientists looked unclean, unshaved, very skinny and as pale as the snow on the ground. They looked like they hadn't slept or eaten in days. But I saw something else..a look of...*fear* in their eyes..like they were nervous about something. I figured it was just fretting over if their year-long project would fail and it would all go to waste. As they brought it to the town park, as was where all the spacecraft was launched, all of them took off the black sheet to reveal what looked like a random jumble of metal pieces, along with a round, black orb on top of it, and tons of skinny landing legs. I wasn't so sure of this thing taking off, let alone landing wherever they wanted it to land. Someone in the large crowd asked what the black orb on top was.

The presumed leader of the engineers replied, in a quite, raspy whisper, as if he lost his voice or just hadn't talked in a long time, "*microphone...*." He didn't look at the one who asked the question, just off into the distance, like he was plotting the path the spacecraft would take. With a monitoring device in his hand, he launched. Everyone cheered, but the scientists just looked up into the sky with tears in their red eyes, before looking at the device for what seemed like 20 minutes. Then one of them said, in the same raspy whisper, that the craft had broke the atmosphere and gone into outer space. None of them smiled. The crowd cheered yet again, even louder and longer this time, as their small town had finally achieved something great.

During this celebration, I was wondering why the engineers were so sad, angry, even..spiteful. Maybe they were really tired or grown to hate their device after working on it for over a year. Either way, I was convinced they were even smarter and better than the people at NASA now. Just four people in a year building such a small yet functional spacecraft? This was truly amazing. This wasn't included in the news or published anywhere, it was just a small-town thing. I thought maybe the satellites could detect the small ship, but it was far too small and probably would've been thought of as just space debris.

In 2011 the spacecraft had come back to our town, landing almost exactly where it took off, in the park. Everyone's amazement had come back in full force, as three of the engineers went over to it, the fourth one had gotten his job back and had to work today, happy and healthy again after taking a break for over two years, to collect the data. They inspected the ship, looked to see what had broken, etc. Considering the thing landed on Mars, *and* came back, it was in great shape. But when the scientists went over to the microphone and its data they got the paleness and scared look in their eyes again. No one wanted to be the one to take out the audio recorded in it and listen to it. "M-maybe we should wait for him to get back..." one of them said, referring to the engineer at work. To speak of the devil, 10 seconds later he came driving down in his car to check it out. Again, the engineer saw the microphone and instantly had a look of panic. It was time.

It was about two weeks before the audio was revealed, and it was just over 3 minutes long. Only one of the engineers went to talk about what they had heard, and how they had cropped the original 4 hour long recording. What he said horrified me. The first scientist, the self proclaimed leader of the group, had plugged his ears and screamed only about eight seconds into the playing. He was crying and seemed to be hallucinating when he had heard it and screamed for it to stop. When it did, he left the building they were all in, and had been missing and not picking up his phone for the last two weeks. Two of the other ones had lost all bodily control when the fourth engineer skipped halfway into the recording, involuntarily urinating, defecating, having seizures. One lost the ability to breathe properly and had subsequently died, while the other is still alive but has been sent to a mental asylum, and has lost the ability to communicate. By this point many in the crowd were crying and were scared due to the speakers next to him, ready to play the 3-minute cropped recording.

Many had ran out of the crowd and to their home to plug their ears and hide. The scientist mumbled "cowards" under his breath. Then someone in the crowd asked the question we were all thinking, "But...how were YOU affected by it..?" The engineer smirked, clearly feeling perfectly fine, even happy despite the death, disappearance, and insanity of his peers. I would've expected him to be pale and scared but he was confident and was grinning the entire time. "It calmed me. I feel more pure now, ready to do anything. In fact, the part I cropped is my favorite, the part at the end that makes me feel the best. People have very mixed reactions to it. Here, why don't I just turn on these speakers an--"

I didn't let him finish. I ran to the front of the crowd, where he was talking, grabbed the speakers and audio player he had the disk in. I ran. I ran, I ran, I ran, without thinking, without going to my house, just running straight. I wasn't going to let this absolute maniac get to me. I ended up midway in the local woods, crying and screaming, not able to keep quiet. I took the CD out of the audio player and stamped and kicked the rest to destroy it. I put the disc in my pocket and sneaked to my house.

I am here, almost 4 years later listening to the disc that I had completely forgotten about. When I got into my house, that fateful day, I played the CD ready to die, go insane or anything because I was so damn scared that nothing mattered anymore to me. The thing didn't cause me to go crazy or kill myself, it just...filled me with dread, and made me feel paranoid and like I was being watched while listening to it. Now that I listen to it again, it fills me with the same effect, getting worse the more I focus on the sounds of Mars, but if I'm distracted it's not that bad. I cannot let anyone listen to this though. There is way too much risk for horrible things to happen. I don't know why these things happen due to listening, but I don't want to find out. The maniacal engineer was apparently killed by being trampled by the large crowd. Now the neighborhood has no engineers, much less astronomical engineers. Sure the average income is down, and we don't get to watch spacecraft take off every month...but at least things like *this* won't happen any time soon.

Retrieved from "https://creepypasta.fandom.com/wiki/Sounds_of_Mars?oldid=1290485"
Community content is available under CC-BY-SA unless otherwise noted.