I just want to start off by saying if you want an answer at the end, prepare to be disappointed. There just isn't one.

I was an intern at Nickelodeon Studios for a year in 2005 for my degree in animation. It wasn't paid of course, most internships aren't, but it did have some perks beyond education. To adults it might not seem like a big one, but most kids at the time would shit themselves over it.

Now, since I worked directly with the editors and animators, I got to view the new episodes days before they aired. I'll get right to it without giving too many unnecessary details. They had very recently made the SpongeBob movie and the entire staff was somewhat sapped of creativity so it took them longer to start up the season. But the delay lasted longer for more upsetting reasons. There was a problem with the series 4 premiere that set everyone and everything back for several months.

Me and two other interns were in the editing room along with the lead animators and sound editors for the final cut. We received the copy that was supposed to be "Fear of a Krabby Patty" and gathered around the screen to watch. Now, given that it isn't final yet animators often put up a mock title card, sort of an inside joke for us, with phony, often times lewd titles, such as "How sex doesn't work" instead of "Rock-a-bye-Bivalve" when SpongeBob and Patrick adopt a sea scallop. Nothing particularly funny but work related chuckles. So when we saw the title card "Squidward's Suicide" we didn't think it more than a morbid joke.

One of the interns did a small throat laugh at it. The happy-go-lucky music plays as is normal. The story began with Squidward practicing his clarinet, hitting a few sour notes like normal. We hear SpongeBob laughing outside and Squidward stops, yelling at him to keep it down as he has a concert that night and needs to practice. SpongeBob says okay and goes to see Sandy with Patrick. The bubbles splash screen comes up and we see the ending of Squidward's concert. This is when things began to seem off.

While playing, a few frames repeat themselves, but the sound doesn't (at this point sound is synced up with animation, so, yes, that's not common) but when he stops playing, the sound finishes as if the skip never happened. There is slight murmuring in the crowd before they begin to boo him. Not normal cartoon booing that is common in the show, but you could very clearly hear malice in it. Squidward's in full frame and looks visibly afraid. The shot goes to the crowd, with SpongeBob in center frame, and he too is booing, very much unlike him. That isn't the oddest thing, though. What is odd is everyone had hyper realistic eyes. Very detailed. Clearly not shots of real people's eyes, but something a bit more real than CGI. The pupils were red. Some of us looked at each other, obviously confused, but since we weren't the writers, we didn't question its appeal to children yet.

The shot goes to Squidward sitting on the edge of his bed, looking very forlorn. The view out of his porthole window is of a night sky so it isn't very long after the concert. The unsettling part is at this point there is no sound. Literally no sound. Not even the feedback from the speakers in the room. It's as if the speakers were turned off, though their status showed them working perfectly. He just sat there, blinking, in this silence for about 30 seconds, then he started to sob softly. He put his hands (tentacles) over his eyes and cried quietly for a full minute more, all the while a sound in the background very slowly growing from nothing to barely audible. It sounded like a slight breeze through a forest.

The screen slowly begins to zoom in on his face. By slow I mean it's only noticeable if you look at shots 10 seconds apart side by side. His sobbing gets louder, more full of hurt and anger. The screen then twitches a bit, as if it twists in on itself, for a split second then back to normal. The wind-through-the-trees sound gets slowly louder and more severe, as if a storm is brewing somewhere. The eerie part is this sound, and Squidward's sobbing, sounded real, as if the sound wasn't coming from the speakers but as if the speakers were holes the sound was coming through from the other side. As good as sound as the studio likes to have, they don't purchase the equipment to be that good to produce sound of that quality.

Below the sound of the wind and sobbing, very faint, something sounded like laughing. It came at odd intervals and never lasted more than a second so you had a hard time pinning it (we watched this show twice, so pardon me if things sound too specific but I've had time to think about them). After 30 seconds of this, the screen blurred and twitched violently and something flashed over the screen, as if a single frame was replaced.

The lead animation editor paused and rewound frame by frame. What we saw was horrible. It was a still photo of a dead child. He couldn't have been more than 6. The face was mangled and bloodied, one eye dangling over his upturned face, popped. He was naked down to his underwear, his stomach crudely cut open and his entrails laying beside him. He was laying on some pavement that was probably a road.

The most upsetting part was that there was a shadow of the photographer. There was no crime tape, no evidence tags or markers, and the angle was completely off for a shot designed to be evidence. It would seem the photographer was the person responsible for the child's death. We were of course mortified, but pressed on, hoping that it was just a sick joke.

The screen flipped back to Squidward, still sobbing, louder than before, and half body in frame. There was now what appeard to be blood running down his face from his eyes. The blood was also done in a hyper realistic style, looking as if you touched it you'd get blood on your fingers. The wind sounded now as if it were that of a gale blowing through the forest; there were even snapping sounds of branches. The laughing, a deep baritone, lasting at longer intervals and coming more frequently. After about 20 seconds, the screen again twisted and showed a single frame photo.

The editor was reluctant to go back, we all were, but he knew he had to. This time the photo was that of what appeared to be a little girl, no older than the first child. She was laying on her stomach, her barrettes in a pool of blood next to her. Her left eye was too popped out and popped, naked except for underpants. Her entrails were piled on top of her above another crude cut along her back. Again the body was on the street and the photographer's shadow was visible, very similar in size and shape to the first. I had to choke back vomit and one intern, the only female in the room, ran out. The show resumed.

About 5 seconds after this second photo played, Squidward went silent, as did all sound, like it was when this scene started. He put his tentacles down and his eyes were now done in hyper realism like the others were in the beginning of this episode. They were bleeding, bloodshot, and pulsating. He just stared at the screen, as if watching the viewer. After about 10 seconds, he started sobbing, this time not covering his eyes. The sound was piercing and loud, and most fear inducing of all is his sobbing was mixed with screams.

Tears and blood were dripping down his face at a heavy rate. The wind sound came back, and so did the deep voiced laughing, and this time the still photo lasted for a good 5 frames.

The animator was able to stop it on the 4th and backed up. This time the photo was of a boy, about the same age, but this time the scene was different. The entrails were just being pulled out from a stomach wound by a large hand, the right eye popped and dangling, blood trickling down it. The animator proceeded. It was hard to believe, but the next one was different but we couldn't tell what. He went on to the next, same thing. He want back to the first and played them quicker and I lost it. I vomited on the floor, the animating and sound editors gasping at the screen. The 5 frames were not as if they were 5 different photos, they were played out as if they were frames from a video. We saw the hand slowly lift out the guts, we saw the kid's eyes focus on it, we even saw two frames of the kid beginning to blink.

The lead sound editor told us to stop, he had to call in the creator to see this. Mr. Hillenburg arrived within about 15 minutes. He was confused as to why he was called down there, so the editor just continued the episode. Once the few frames were shown, all screaming, all sound again stopped. Squidward was just staring at the viewer, full frame of the face, for about 3 seconds. The shot quickly panned out and that deep voice said "DO IT" and we see in Squidward's hands a shotgun. He immediately puts the gun in his mouth and pulls the trigger. Realistic blood and brain matter splatters the wall behind him, and his bed, and he flies back with the force. The last 5 seconds of this episode show his body on the bed, on his side, one eye dangling on what's left of his head above the floor, staring blankly at it. Then the episode ends.

Mr. Hillenburg is obviously angry at this. He demanded to know what the hell was going on. Most people left the room at this point, so it was just a handful of us to watch it again. Viewing the episode twice only served to imprint the entirety of it in my mind and cause me horrible nightmares. I'm sorry I stayed.

The only theory we could think of was the file was edited by someone in the chain from the drawing studio to here. The CTO was called in to analyze when it happened. The analysis of the file did show it was edited over by new material. However, the timestamp of it was a mere 24 seconds before we began viewing it. All equipment involved was examined for foreign software and hardware as well as glitches, as if the time stamp may have glitched and showed the wrong time, but everything checked out fine. We don't know what happened and to this day nobody does.

There was an investigation due to the nature of the photos, but nothing came of it. No child seen was identified and no clues were gathered from the data involved nor physical clues in the photos. I never believed in unexplainable phenomena before, but now that I have something happen and can't prove anything about it beyond anecdotal evidence, I think twice about things. 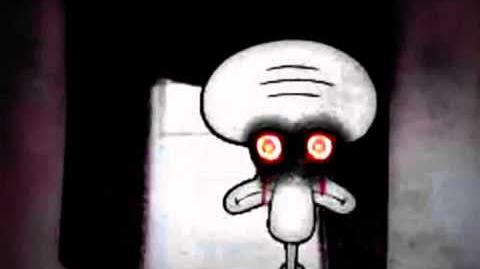