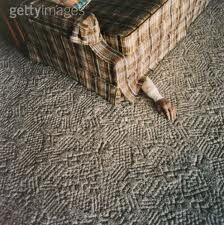 Ok, disclaimer: To the very best of my knowledge, this story is true. I don't expect to convince you - truth be told, I've had a hard time coming to terms with it myself. Cliché as it may be, I really am a rational person, and, if not for this, I would probably be the most stone-faced atheist you'd ever meet.

But, after much internal struggle and debate, I have come to the conclusion that there are things in life that simply can't be explained with reason, at least in the form in which we know it.

Logic, for all the trust we place in it, is really nothing more than a candle, all too easily snuffed out. And when it is gone, we are left alone in the dark, and everything we would scoff at by daylight suddenly becomes very believable.

Alright, before I wax too melodramatic, here's my story.

I was very young; only four or five, at most, before either of my siblings were born. It was just Mommy and Daddy and me, living in our little house in Great Bend, Kansas. Very quaint. We were a young family, without much money, and most of our furniture was second-hand.

It was the middle of the day; summer, hot, boring. I was playing marbles by myself on the thin carpet beside the huge, old, flower-patterned-couch. Mom was down the hall in the kitchen, and Dad was at work.

Why I was trying to roll marbles around on the carpet I don't know - we had a perfectly good linoleum floor, after all. But there I was, swishing the marbles back and forth, happily bouncing them into each other. Then, in my overzealous enthusiasm, I rolled too hard. My favorite marble - the clear, ruby-red one, zipped into the dark space under the couch and was lost.

Dammit. Dad wasn't home, and he was the only one strong enough to move that huge old couch for me. I'd have to get my marble back myself.

I reached my hand under the couch, tentatively at first, then deeper. Encountering no marbles, I pulled my hand out in disappointment.

Then, a hand reached out from under the couch back at me.

I remember the image vividly, and I suspect I always will. It was a slim hand, with tapered fingers - a woman's hand. It was gnarled and wrinkled, as if aged, and it was dead black. Not black as in African, black as in dead. Of course, back then, I didn't know that corpses blacken as they decompose, so I didn't know what the black meant.

The hand reached out to me as far as it could, which was just up to the wrist. Then it retreated under the couch.

Then it emerged again, this time pushing with it a little crumpled up, plastic bag with a logo on it I didn't recognize. It waited, as if expecting me to take the bag. Then, when I didn't, it pulled the bag back under the couch and was gone.

I got up, walked down to the kitchen, and told my Mommy what had happened.

Why didn't I run screaming, or at least run? I don't really know. All I can say is, I was a little kid; a hand reaching out from under the couch at me didn't seem like that huge a deal. I hadn't yet learned what was and was not permissible in reality. I had no worldview.

Mom was skeptical, but walked me back to the couch and explained how I was probably imagining things. She even reached her hand under the couch to convince me that nothing was down there. Later, Dad lifted the couch up for me, and the only thing under it was, of course, my missing marble, plus a few more marbles I didn't even remember losing.

But here's the scary part...

For years, I remembered this - I even developed a weird fantasy of little hand-people living under the couch, and I, in my childlike innocence, believed that they would catch me and take me away if I ever reached into their domain again. Then, as I grew older, I wrote the memory off as a dream I had had as a child - cute, but silly.

Then, a few years ago, I recounted the story to my mother.

She gave me a funny look, and told me she remembered it, because, after all, she had been there. She told me that she remembered me coming to her in the middle of the day and telling her about the hand under the couch, and remembered being highly disturbed by my story, since I was an extremely quiet, well-behaved kid who didn't ever lie.

Then she told me about the couch itself. According to her, she and Dad had gotten the couch from the estate of an old woman who had actually died on it. This was the first time I had heard about this, but it sure explained why they got rid of the couch within a month of my story.

But here's the part that truly frightens me, even to this day. The part that I have to try so hard to get out of my mind some nights. Remember that bag the hand pushed towards me? I've never forgotten the logo that was on it. And, recently, (as in a few years ago), I saw the same logo again, on what looked like the same type of bag, in a hardware store.

It was a bag of utility razor-blades.

Retrieved from "https://creepypasta.fandom.com/wiki/The_Couch?oldid=1091934"
Community content is available under CC-BY-SA unless otherwise noted.