The Disappearance of Ashley, Kansas 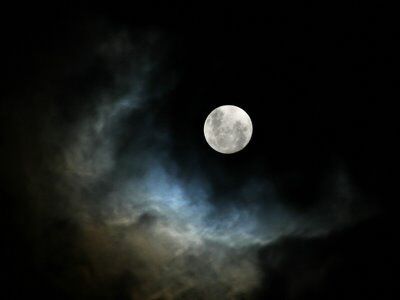 Sometime during the night of August 16, 1952, the small town of Ashley, Kansas ceased to exist. At 3:28 AM on August 17, 1952, a magnitude 7.9 earthquake was measured by the United States Geological Survey. The earthquake itself was felt throughout the state and most of the midwest. The epicenter was determined to be directly under Ashley, Kansas.

When state law enforcement arrived at what should have been the outskirts of the farming community, they found a smoldering, burning fissure in the earth measuring 1,000 yards in length and approximately 500 yards in width. The depth of the fissure was never determined.

After twelve days, the state-wide and local search for the missing 679 residents of Ashley, Kansas, was called off by the Kansas State Government at 9:15 PM on the night of August 29, 1952. All 679 residents were assumed to be dead. At 2:27 AM on August 30, 1952, a magnitude 7.5 earthquake was measured by the United States Geological Survey. The epicenter was situated under what used to be the location of Ashley, Kansas. When law enforcement investigated at 5:32 AM, they reported that the fissure in the Earth had closed.

In the eight days leading up to the disappearance of the town and its 679 residents, bizarre and unexplainable events were reported by dozens of residents in Ashley, Kansas and law enforcement from the surrounding area.

On the evening of August 8, 1952, at 7:13 PM, a resident by the name of Gabriel Johnathan reported a strange sight in the sky above Ashley. The town itself, having no official branch of law enforcement, called into the police station of the neighboring town of Hays. Gabriel reported what appeared to be a "small, black opening in the sky." Within the next fifteen minutes, the Hays police station became overwhelmed with dozens of phone calls all reporting the same phenomenon. The phenomenon was never reported by any neighboring communities. A decision was made to send of a trooper to Ashley to investigate the matter the following morning.

At 7:54 AM on the morning of August 9, 1952, Hays Police Officer Allan Mace radioed the Hays Police Station. He reported that, despite following the one way road leading into Ashley, he had become lost. According to his report, the road "continued along its normal path, but somehow ended up back in Hays." Officer Mace went on to add that the road never curved, or bent in any direction. At 9:15 AM, seven of the town's 10 police cars were sent to investigate the situation, and all members of the team came to the same conclusion. The only road leading into Ashley stopped leading into Ashley, but instead led back to Hays. Phone calls continued to pour into the Hays Police Station, all reporting that the black opening in the sky continued to grow in size. All callers were advised to remain inside, and to not travel outside unless absolutely necessary. At 8:17 PM, Mrs. Elaine Kantor reported her neighbors, Mr. and Mrs. Milton, and their two children, Jeffery and Brooke, missing. According to Mrs. Kantor's phone call, the Miltons attempted to leave town in their family car earlier in the evening. They never returned. Law enforcement officials from Hays never reported the car, or individuals, coming up the one way road.

At 7:38 AM on the morning of August 10, 1952, phone calls from Ashley into the Hays Police Station reported that the town was in total darkness. The sun had never risen. At 10:15 AM, at the request of Hays Law Enforcement, a helicopter from Topeka, Kansas flew over the region in which Ashley, Kansas stood. The town was never observed from air.

At 12:43 PM on the afternoon of August 11, 1952, Ms. Phoebe Danielewski called into the Hays Police Station. She reported that her daughter Erica had begun to have conversations with her father, who died three years prior in a drunk driving accident. To add to her concern, Ms. Danielewski reported that Erica was attempting to go outside into the dark, to "join them." Over the course of the next twelve hours, a reported 329 phone calls were placed into the Hays Police Station all describing similar phenomenon with the children of the town.

The following morning of August 12, 1952, the situation became dire. During the middle of the night, all 217 children in the town of Ashley, Kansas disappeared. A reported 421 phone calls were placed into the Hays Police Department. Unable to be of any useful assistance, Hays Law Enforcement instructed all callers to remain inside and to avoid any and all attempts at finding the missing children.

At 5:19 PM on the evening August 13, 1952, Ashley elderly man Scott Luntz reported a growing, distant fire to the south. According to his description, the fire seemed to turn the distant black into "bright red and orange [that] seemed to extend high into the sky." Throughout the rest of the day, calls continued in, stating that the fire, in addition to moving north, now seemed to "come out of the black sky." No fire was ever witnessed by any of the neighboring communities or law enforcement officials.

The reports continued until 12:09 AM on the morning of August 14, 1952. The last phone call, placed by a Mr. Benjamin Endicott, reported that the fire in the sky had grown so intense that it began to appear as daytime over the town. The phone call ended abruptly:

(FROM THE PHONECALL PLACED BY BENJAMIN SHERMAN ENDICOTT)

Benjamin (cont.):
Yeah, yeah I see something. It's to the south. It looks like-

The next phone call wouldn't be placed until the following evening.

The following is the entire transcript of the final phonecall to be received by the Hays Police Department out of the town of Ashley, Kansas. It was placed at 9:46 PM on the evening of August 15, 1952. In this recorded phonecall, the officer on duty is Officer Peter Welsch. The caller has been identified as Ms. April Foster.

Officer Welsch:
Ma'am, who am I speaking with?

Officer Welsch:
What is happening, ma'am?

Officer Welsch:
Ma'am, I'm going to need you to -

Officer Welsch:
Ma'am, I'm going to need you to calm down, and speak clearly. What happened? Who came back?

Foster:
They all came in the fire.

Officer Welsch:
What do you mean everyone?

Foster:
My son... I saw my son last night. He was walking... he was walking down the street. He was burned. Jesus Christ HE WAS BURNED.

Foster:
He died last year. I raised him since he was a baby... it was just me and him. I told him to watch for cars when he rode his bike. But he never wanted to listen.

Officer Welsch:
Ma'am, what you're saying isn't making any sense. You said everyone came back?

Foster:
ARE YOU FUCKING LISTENING TO ME? EVERYONE. Everyone came back. Everyone who died, or went missing, they're back. And they're looking for US! (cries)
He...he said: "Mommy, I'm okay now! See, I can walk again! Where are you, Mommy? I want to see you!" (sobs)

Foster:
I'm hiding. Just like everyone else. We saw them coming through the fields... and... some people opened their doors for them. God, the SCREAMING. (pause) I don't know what happened to them. But their houses caught fire and they... caved in. I have my curtains drawn. I'm hiding in the closet right now and- (silence)

Officer Welsch:
Ma'am, is everything alright, are you okay?

Officer Welsch:
Ma'am, stay as quiet as you can. Don't make a sound.

Foster:
(Sound of muffled footsteps)
(Muffled: "Mommy? Mommy, where are you hiding?")

The following morning, at 6:55 AM, the law enforcement officials of the Hays Police Department arrived at the location of Ashley, Kansas. A smoldering, burning fissure in the Earth was all that remained.