This is a recording of an interview of Dr. Jack Randolph and patient Byron Robertson, a 45 year old convicted killer from El Paso, Texas, who is now sitting on Death Row. The patient is currently diagnosed with paranoid schizophrenia, but Austin State Police ordered further investigations to see whether or not Byron is eligible for an insanity plea. Court hearings will resume on February when the doctors and investigators finally make their decision. Listeners are warned of the graphic nature and details of this interview and careful discretion is advised.

I don’t know if you’re gonna believe me but only God knows what I did. With all these doll horror movies being released nowadays like Annabelle or that Boy movie, it was only a matter of time before people start flocking to hear my own doll story. Thank you doctor for giving me your time though I don’t expect you to believe me like everybody else.

Dolls have a creepy nature in them. It’s like us humans trying to be God, creating something in our own image. People created them as mere toys and play things to give to their children. I don’t know why kids play with those things, dressing them up, feeding them and even talking to them as if they are alive. If you’re gonna ask me right now, those kids who buy those dolls are probably lonely suckers who can’t get real friends to play with.

Holy shitfire when I found out that they were right all along. We just didn’t know it but the dolls are pretty much alive. Parents are making huge mistakes everytime they buy their kids those things, like giving them .44 magnums to kill themselves with. And I should have known better. I shouldn’t have bought my own daughter a doll. I shouldn’t have bought my dear Nancy that demonic doll.

It all started during Nancy’s fifth birthday. We didn’t really have the money to throw her a big birthday party but me and my wife tried our best. I was a truck driver and she worked at a diner so we don’t really own that much. We have barely have enough money to get Nancy to school every year, and her birthday was coming up that time of the year. We really love our dear Nancy, and we want to give her the best birthday that she can ever have.

My wife managed to borrow some money from her coworkers and boss, and we used it to buy food and presents for our Nancy. We bought a two layered birthday cake from a local bakeshop near our home with her name on it and some balloons. But it was the presents that were most important, so my wife and I went to this surplus store somewhere in Pecos, and there we saw this pretty child-sized plastic doll that Nancy would have wanted. We ended up buying it for a cheap price and we went home to prepare for her birthday.

Nancy was filled with joy when she opened her present. It was one of the most beautiful things I have ever seen in my life, seeing my daughter so happy when she saw her doll. She kissed me and her mommy on the cheeks, and I myself have never been so happy. It was the happiest day that my family ever had.

Nancy and her doll were inseparable. She played with it all day and night, and even had it during her bed time. She would also bring it to school and had it sit with her during class. Every time we eat at the table, that doll was also there with Nancy as she ate. We saw her play with it for several months and it didn’t really cause any troubles back then.

However, a year passed by and Nancy’s love for that doll only grew and it started bothering us. She stopped playing with her friends, deciding to spend her time with that doll instead. She also stopped caring about school and she would even continue playing with it during class. The teacher told us that it would be better if she stays at home until we talk to her about it. But when we finally took her home the problem only grew worse. At our house, her life practically revolved around that doll.

Then she started doing weird things with it. She started dressing the doll with her own clothes and she dyed its black hair blonde like hers. She even brings it with her as she takes a bath, and uses her own shampoo and cologne on it. But the worst part, was that every day and every night she just talks with that doll. Not just pretending to talk to it, she was having long conversations with it like that the damn thing is actually responding to her.

Finally me and my wife had enough. We took the doll from her one night and locked it in our closet. Easy to say that the next day, Nancy got angry at us. Not just angry, but violently pissed off that we took her doll away from her. She started crying, whining and throwing tantrums at us, yelling, “Where’s Lil' Nancy? Where’s Lil' Nancy?” She started throwing and breaking stuff in our house, demanding that we give her doll back.

At first it didn’t work, and me and my wife were firm on our decision to lock that toy away for Nancy's sake. However, our little Nancy, our dear little angel, started to curse on us. I don’t want to further remember what she said, but our daughter said the most horrible stuffs about us. We couldn’t take it anymore and we dragged Nancy back to her bedroom.

As we entered her room, we were all surprised to see the doll laying on Nancy’s bed. My wife and I were terrified of what we saw cause we were dead sure that we locked that shit in our closet. Nancy on the other hand, was happy that she was with her doll again. She ran up to it, caressed it and asked if it was all right. Then Nancy laid beside it on her bed and told it that she would never let it out of her sight again. And my wife and I just stood there, scared shitless of what just happened.

It wasn’t the last time that we tried to get rid of it though. We knew that there’s something about that doll… something evil that’s been pulling our Nancy away from us. It had already affected her life at school and at home and we needed to do something about it. It had already caused us a lot of problems and dilemmas and we just can’t stand by and do nothing. My wife and I knew that we have get rid of that doll permanently.

So a couple of weeks after, we managed to remove that doll away from Nancy again one night as she slept. We waited until near dawn before we went outside. Throwing it in the trash and watching the truck take it away was the best bet we had of finally getting rid of it. To make sure though, I ferociously ripped its dress and broke its little plastic arms and legs. For a safe measure, I also pulled its head away and it went down the trash together with all the other parts. Then we watched the garbage truck take it away, thinking that we would never see it again.

However, in the late morning we were just shocked to see policemen knocking at our door. They brought us grave news… news that still gives me mental breakdowns every night. They told us that the mutilated head, torso and limbs of our daughter were found in a garbage truck, and the police said that her ripped clothes were evidences that she was also probably raped.

But it couldn’t have been our dear Nancy. She was sleeping in her bedroom during that time. The police must have made a mistake.

However when we went to check Nancy’s room, our dear angel was nowhere to be found, but her doll... laying on the bed where Nancy was supposed to be. We were more than horrified of what we saw. It just didn’t make any sense. My wife and I know what we did. It was the doll that we threw away in the trash. But how come that thing was in there and Nancy wasn’t?

At that point we just went down crying. We couldn’t believe that our little angel was gone. Our dear Nancy, we would never see her pretty little face and hear her cute little laugh ever again.

The police then took us in, and the evidence they put suggested that I raped and killed my own daughter, and that my wife was an accomplice. We tried to tell them what happened. We swore to God that we never lay our hands on our little angel. We tried to tell them we were perfectly sane human beings and that it was the doll that we tried to get rid of. We really tried but they just… didn’t believe us.

They finally took us into jail and it was the first time that me and my wife were separated in our lives. My wife couldn’t handle what happened to Nancy. Her death really affected her deeply and she missed her every day as she did her time. Then the police told me that my wife couldn't handle it one night and so she hanged herself in her cell. It was already difficult losing one of my family, and you can't describe how it feels to lose another.

And now I hear from all of you, the jury, the media and the police, blaming me for killing my own daughter. All of you thinking of me as a crazy psychopath, but all I can say is that I would never in my own life try to kill my own family. You can put me in the electric chair, inject me or hang me for all I care. Hell you can do whatever you want, burn me in the stakes if you want to. Murder me and make me the third victim of that doll. But please hear me out. Please destroy that thing. You can get rid of me but please for the love of God get rid of it too. 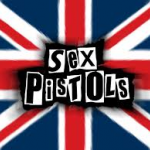 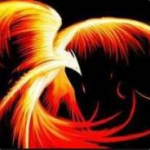 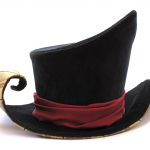