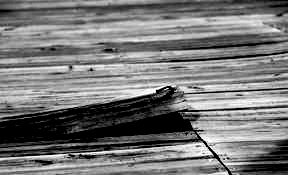 My car is a piece of crap. Out in the middle of nowhere, it had to freaking break down. I don’t know what’s wrong with it. How am I supposed to know anyway? Smoke just started pouring out of the front and I heard the engine slow and stop. Then it gave off a large bang. Never should have bought the damn thing, but the deal was too amazing.

I’m getting off-topic. I start waving at passing drivers. It took an hour for one to pull up. It was a average car. Silver, with a few scratches. There was a kid in the back. Looked to be five or six years old. The kid's father in the front.

“Hey there, having car troubles?” he asked.

“You know what, I like picking up hitchhikers. Hop in!”

I got in the car. These folks were coming back from a road trip. We had a fun time. It was about an hour drive to their place. We sang to the radio and had a great time. The kid didn’t speak at all though. We finally pulled into the driveway. It was a nice large house. Plenty of room. Probably a lot of spare rooms. Perfect! The guy even told me I could stay the night. What a nice guy.

Well the guy told me some things about the house. He told me the downstairs toilet does not work, the basement is off-limits, and that the floorboards are extra-creaky. Me and the father watched television for a few hours. We got to know each other better. It turns out his wife died a year ago. Poor fella. The cause of death was unknown. Strangely, the guy did not seem so sad about it. My guess was he was over it. The child was nowhere to be seen. I asked him about his kid. He said his kid was shy, and had some problems. He refused to say what the “problems” were. Probably embarrassed. It would probably be hard to take care of that kid without his wife. Then, I asked what was in the basement.

“Personal stuff,” he said. “Now you don’t go down there.”

I woke at five o'clock because of the creaking floor. It was loud. I could hear it loud and clear. It was like someone walking around. I had no idea how it could have happened. I got out of my bedroom and went into the hallway. The creaking was coming from the hallway... but nobody was there. It was an empty hallway, yet the creaking noise continued. It was coming from the other side of the hallway -this haunting creaking. Almost mesmerizing. I couldn't move. This creaking noise started to inch closer to me. Step by step, closer and closer... strange footprints started to appear on the ground from nowhere. They were small spurts of blood, with strange chunks floating around in it. The footsteps got closer and closer until it was right at me. A large gust of wind blew at me ferociously and knocked be to the ground. When I looked up, the footprints were gone. The creaking was still present though, right underneath me...

I didn’t move. The creaking was underneath my body, getting louder and louder. Almost turning into stomping. It stomped three times before the floorboards broke. I fell through about 20 feet until something broke my fall. I looked down, it was a corpse. It stunk, and was rotting. It seems like a lady, but it was hard to tell from all the organs and such hanging all over the place, with tons of blood spilled all over the place. It was dry, but still stained the ripped mouldy wedding dress she was wearing. I almost threw up, it was horrifying.

“I see you have met my lovely wife!” a voice said.

“Not yet sweetie... just wait!” the father said cheerfully. “You see, my child needs to feed every once in awhile, and it was very handy that you came around.”

I heard a creaking through the floorboards, coming closer to me. Lumpy blood, started forming in the shape of footprints. The child smiled at me, unmoving. The creaking got louder and louder until it got so close to me and I was so afraid and...

Retrieved from "https://creepypasta.fandom.com/wiki/The_Floorboards_Creak?oldid=1092280"
Community content is available under CC-BY-SA unless otherwise noted.