“You don't want to do this!” I yelled as I leaned out the office window. But the man remained where he stood on the building's ledge, the tips of his shoes peering over the concrete. He gazed down numbly at the throng of spectators congregating on the ground below. Many were filming him.

He was close enough to be within my grasp. I slowly reached towards him, thinking he was too immersed in his anguish to notice me. I was wrong.

“Stop that!” he shouted, and shakily inched further away from me.

I shrank back. Already the crowd had swollen in number; many more had gathered to watch the gruesome end of an unraveled man. I knew it would be just a matter of time before the cops arrived. I prayed they'd be accompanied by a negotiator far more trained than myself.

“Listen, man,” I pleaded, “I know we've never met before. I'm just the night janitor who went to clean your office and saw the window open. But I can tell from the framed photo on your desk that you've got people you love. Are those two girls your daughters?”

“How do you think they'll feel when you never come home from work?” I spoke every word in a calm, even tone, though inwardly I was panicking. “Don't you think doing this would hurt them for the rest of their lives?”

The man began to cry.

“Look, I get it,” I continued, never taking my eyes off him. “I'm divorced myself. It's hard, but it doesn't have to be the end of the world. Your kids still need you here.”

I reached for him again. This time he didn't back away.

He hesitated, then slowly began inching closer to the window.

I was so absorbed in the moment that I never even heard the office door open. Just as his fingertips grazed against mine, I felt someone place a hand on my shoulder and roughly pull me away. Startled, the man on the ledge lost his balance.

“No!” I yelled. But it was too late. He'd already begun to fall.

His terrified scream meshed with those of the horrified onlookers. I'll never forget the pulpy sound of his body hitting the ground.

I turned around and locked eyes with a cop. Tears streamed down my face.

“Why did you do that?” I demanded, my voice trembling with grief and rage. “I had him!”

He shook his head solemnly. “No, you didn't. Last night he climbed onto the ledge of another building and threatened to jump. A man fell to his death trying to save him.”

An unsettling sense of confusion washed over me. “I don't understand.” 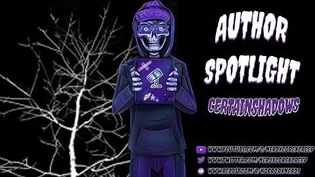 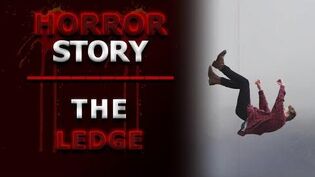 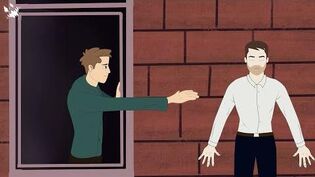 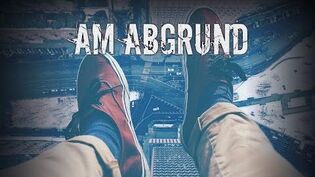 Creepypasta "Am Abgrund" German Deutsch
Add a photo to this gallery

Retrieved from "https://creepypasta.fandom.com/wiki/The_Ledge?oldid=1443352"
Community content is available under CC-BY-SA unless otherwise noted.