Twelve seems to be the age when kids start putting the heat on their parents about the truth behind Santa. I was certainly no exception to this rule. How were Santa’s elves able to “make” that video game I wanted in their workshop? I thought Nintendo owned Mario. Or how about the ever infamous “visiting every house in one night” question? Did the jolly man own some kind of… time extending device? Or perhaps the most obvious question of all: how could he have lived for this long?

A lot of people say he trains apprentices who take his place every few decades. Others claim he’s just immortal. As for everything else, “magic” seemed to be the universal lie everyone had agreed on. Whatever the case, I just went with the conclusion that it was my parents’ doing. Of course they’d deny it and claim ignorance if I confronted them, but it wasn’t enough to dissuade my beliefs.

So one Christmas Eve, when I couldn’t sleep as these questions danced among my dreams of sugar cereals and new games, I decided to investigate the noises coming from my living room. This time, surely, I would catch my dad or mom in the act of stowing presents under the tree. At least then they’d let me in on the truth.

But as I entered the living room, I saw a man before me that I did not recognize. He was dressed in red and white, with a slightly overweight body, and he wore a stringy fake white beard. His hair, or what remained of it, was greying around the edges of his classic Santa hat, and his eyes were wide with fright as he dropped a present under the tree.

Being the intuitive youth I was, I came to one of two conclusions; either this was a home invader stealing my family’s gifts, or this was the real Santa. I opened my mouth to scream, but the man rushed towards me and covered my mouth.

“Shh! Shhhh!” he said, putting a finger to his mouth, trying a smile. Tears began to roll down my cheeks; I was petrified of this man. Then, slowly, he took back his hand, and extended it towards me. “It’s alright there, little one. You know who I am, right..?”

I nodded, not shaking his hand back. The trembling man nodded as well, then grabbed an empty sack lying on the floor, and gestured to the tree. “Look, see? I bring gifts! Now, run along to bed, or I might have to put you on the naughty list.” He started drifting towards the deeper, hearty voice stereotypically associated with Kris Kringle, but I wasn’t fooled.

Regardless, I wiped my eyes and began to step back from the living room, trying to create some distance between me and the stranger. The man simply watched, wiped his brow, and proceeded to approach the fireplace. I stopped and observed, confused as to how he was going to leave my house, but a blast of green flames erupted from the chimney, and the man fell back to the floor. I couldn’t see his face, but I’m certain it was twisted in fear like my own.

A massive bony hand spawned from the fire, and the arm that followed was draped in raggedy fur. Then another arm, and then the skull of some wild creature with two large horns followed, nearly as large as the fireplace itself. The bones popped and snapped as it slammed its hands onto the floor. The entire monster was engulfed in the flame, yet it did not seem to burn anything in the house.

“Eddie…” the monster declared, speaking to what I guessed to be the man on the floor.

“And yet you allowed a human child to see you… You know the rules.”

“L-l-look… I-I’ve learned my lesson, I’m sorry, I made a mistake. Just let me go, please… I delivered all the-“

“Let you go? Did you let that woman go, Eddie? I don’t seem to recall you letting her go. This WAS your second chance, and you’ve wasted it.”

“What are you going to do..?” Eddie whispered. I could make out his quaking figure being overshadowed by the creature in the fireplace. The next sound to be heard was a crunch, with a soft beginning and snapping finish. I jumped as the sound repeated a few times, finally letting out a shaky breath. I prayed in my head that it wasn’t what I thought, but when the creature reared its head towards me, I saw the red and white pants hanging from its mouth as it chewed on Eddie’s corpse, then watched it slurp up his legs like strands of spaghetti.

“Now, run off back to bed, little one. Or else I might put you on the naughty list…”

My legs finally found the strength to leave, and I sprinted for my parents’ room, diving into the sheets with them. There wasn’t a trace of the events of the night before when my family went down to the tree the next morning. There was even a little note next to an empty glass and a half eaten cookie on the table: Have a merry Christmas, S. Claus. As much as I tried to take in the warm, comforting atmosphere that came with Christmas Day, I couldn’t stop watching the fireplace, terrified that the monster would return.

At the least… now I knew the truth about Santa Claus.

Written by RedNovaTyrant
Content is available under CC BY-SA 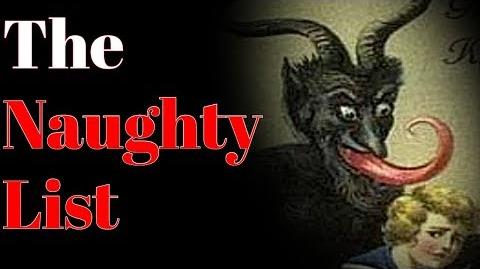 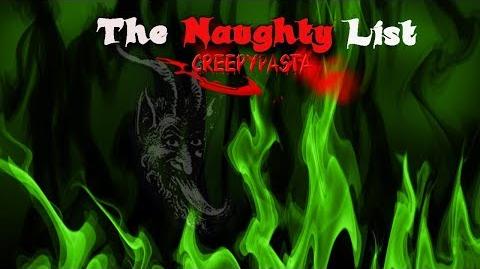 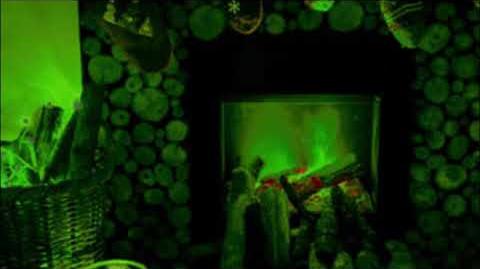 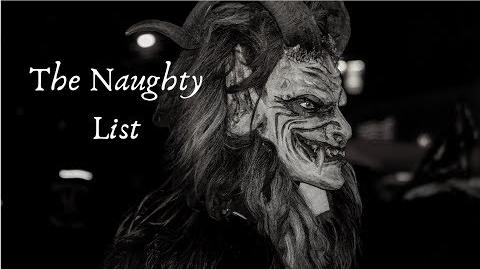 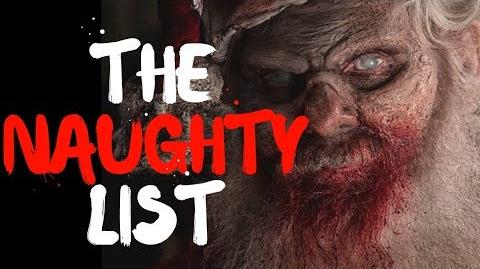