The Slender Man is an alleged paranormal figure purported to have been in existence for centuries, covering a large geographic area. Believers in the Slender Man tie his appearances in with many other legends around the world, including; Fear Dubh (or, The Dark Man) in Scotland, the Dutch Takkenmann (Branch Man), and the German legend of Der Großmann or Der Grosse Mann (the Tall Man).

The Slender Man is a being (male in appearance) who looks like a man with extremely long, slender arms and legs. He also appears to have 4 to 8 long, black tentacles that protrude from his back, though different photographs and enthusiasts disagree on this fact, and therefore it is theorized he can 'contract' these tentacles at will.

He is described as wearing a black suit strikingly similar to the visage of the notorious Men In Black, and as the name suggests, appears very thin and able to stretch his limbs and torso to inhuman lengths in order to induce fear and ensnare his prey. Once his arms are outstretched, his victims are put into something of a hypnotized state, where they are utterly helpless to stop themselves from walking into them.

He is also able to create tendrils from his fingers and back that he uses to walk on in a similar fashion to Doctor Octopus. The superhuman stretching ability could also be seen as a similarity between himself and Mr. Fantastic.

Whether he absorbs, kills, or merely takes his victims to an undisclosed location or dimension is also unknown as there are never any bodies or evidence left behind in his wake to deduce a definite conclusion.

His face is pale and slightly ghostly, and almost appears to have been wrapped in a type of gauze or cloth. his facial features are also an object of debate, and many people believe that his face looks different to each person, if it is seen at all.

He sometimes is portrayed wears a hat, which is sometimes a bowler, a fedora, or sometimes a tophat. He may also be seen wearing a long flowing necktie or scarf, which is either red or grey.

He often keeps his long, pale hands crossed politely behind his back or hanging loosely at his sides. His suit is black, sometimes portrayed as pinstripe in artwork, a common misconception thanks to the very similar Jack Skellington from Nightmare Before Christmas. He has long coattails which he lets flow proudly. He wears long dress shoes, which are always shined a perfect, gleaming black.

Much of the fascination with Slender Man is rooted in the overall aura of mystery that he is wrapped in. Despite the fact that it is rumored he kills children almost exclusively, it is difficult to say whether or not his only objective is slaughter.

Often times it is either reported or recorded that he can be found in sections of woods, and these generally tend to be suburban. He also has been reported seen with large groups of children, as many photographs portray. It is commonly thought that he resides in woods and forests and preys on children. He seems unconcerned with being exposed in the daylight or captured in photos.

It is often thought as well that he enjoys stalking people who become overly paranoid about his existence, purposefully giving them glimpses of himself in order to further frighten them. For this reason, it seems like Slenderman very much enjoys psychologically torturing his victims.

He also often appears to float or drift around rather than walk, which suggest the possibility of him being an ethereal being rather than a creature or a man. This would also explain why he is able to remain mobile in spite of his poorly proportioned body.

Even though Slender Man was fabricated on SomethingAwful forums, some people have already claimed sightings. He is seen mostly at night peering into open windows and walks out in front of lone motorists on secluded roads.

His main intentions appear to be kidnapping children, as when he is seen near them in photographs, they usually disappear shortly afterwards. The Slender Man has also inspired many stories such as those of Marble Hornets.

In the end though, his purpose remains unknown.

An interesting take on Slender Man by a pasta member who is relying on the Marble hornets series for evidence/facts:

“There has been a big misconception about my pal the Slender Man due to the appearance of this article. He does not have hair or a face. Everything else is correct. There is also some questioning as to whether or not there is more than one. I find that unlikely. It's most likely Slendy fucking with your head in order to make you think that there is more than one, which he has been known to do. As of now, Slendy has 3 or 4 known accomplices.

These are Hoodie, Maskie, The Rake and possibly The Observer. Not much is known yet because the next episode of the Noah Maxwell ARG has not yet been released. In the Marble Hornets ARG, Hoodie and Maskie are possibly his followers. In the Everyman HYBRIDS ARG the Rake seems to be working with him, but we aren't really sure if that is true or not.”

The earliest argued reference to the legend is within the cave paintings found in the Serr da Capivara National Park in the Northeast of Brazil, which are believed to date from as far back as 9000 BC. These paintings show a strangely elongated character leading a child by the hand, but make no reference to the extra appendages.

The next known possible reference to the Slender Man comes from around 3100 BC in lower Egypt, with references to the "Thief of the Gods" or the "Thief of Kuk" becoming common place during the reign of Pharaoh Wazner. Hieroglyphic carvings representing the Thief were found in the pharaoh's tomb, who was rumored to have had some kind of encounter with the entity. The carvings resemble a strange figure with multiple upper limbs, one that has never been found in any other hieroglyph language.

Renowned German woodcutter Hans Freckenberg created at least two woodcuts featuring a character he described as Der Ritter (The Knight) during the mid-sixteenth century that were discovered in Halstberg Castle in 1883.

Whilst Freckenberg was well-known for his realistic depiction of human anatomy - something that was unusual among woodcuts of the time - these pictures featured a skeletal, multi-limbed character.

Historians are unsure of the exact symbolic nature of the character, with some claiming that it is a personification of the religious wars that raged in Europe at the time, while others say it represents the mysterious plagues that have been believed to be the reason for the mysterious abandoning of the Hastlberg Castle and the nearby village in 1543.

However, many insist that Freckenberg was attempting to represent "Der Großmann" (the Tall Man). According to legend, he was a fairy who lived in the Black Forest. Bad children who crept into the woods at night would be relentlessly chased by Der Großmann, who wouldn't leave them be until he either caught them or they were forced to tell their parents of their wrongdoing. Even then, there is a chilling account from an old journal, dating from about 1702:

“My child, my Lars… he is gone. Taken, from his bed. The only thing that we found was a scrap of black clothing. It feels like cotton, but it is softer… thicker. Lars came into my bedroom yesterday, screaming at the top of his lungs that "The angel is outside!" I asked him what he was talking about, and he told me some nonsense fairy story about Der Großmann.

He said he went into the groves by our village and found one of my cows dead, hanging from a tree. I thought nothing of it at first… but now, he is gone. We must find Lars, and my family must leave before we are killed. I am sorry, my son… I should have listened. May God forgive me.”

There is also a Romanian fairytale which tells the legend of the Tall Man, featuring this description which may have taken to refer to the Slender Man

"The tall man stood in a clearing, dressed as a nobleman, all in black. Shadows lay over him, dark as a cloudy midnight. He had many arms, all long and boneless as snakes, all sharp as swords, and they writhed like worms on nails. He did not speak, but made his intentions known,"

In the fairytale, the Tall Man causes a mother to kill her husband and child, before he slid from a fireplace and "clenched her in his burning embrace."

There is also an english myth referring to the "Tree Man", whom is said to have a slim body with apendages that looks like tree branches.

He is only known to be seen in the woods and was used as a story that parents told their children to thwart bad behavior. There have been quite a few disappearances of children that have been said to be linked to the "Tree Man". 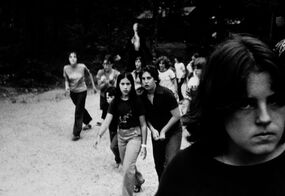 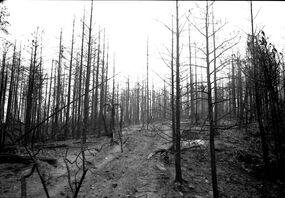 The Slenderman is known for the forests. 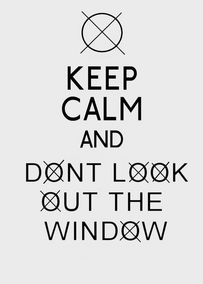 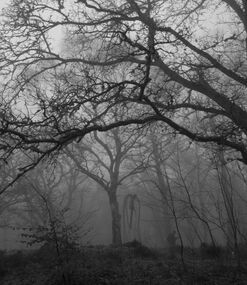 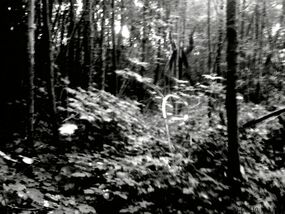 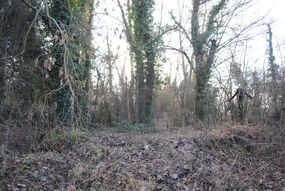 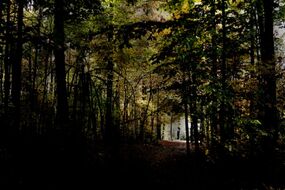 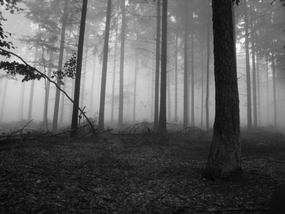 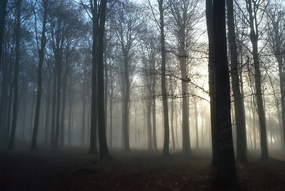 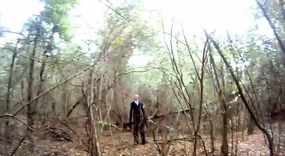 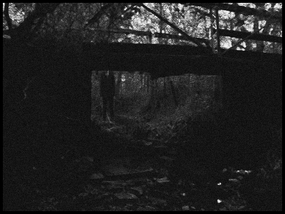 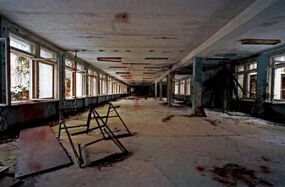 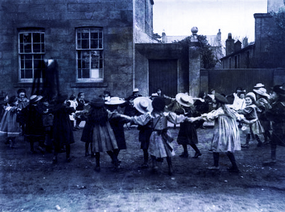 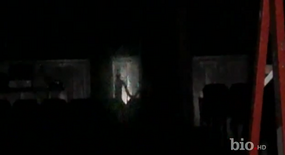 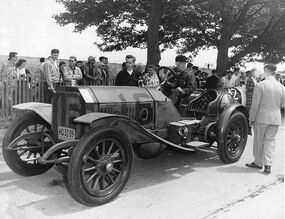 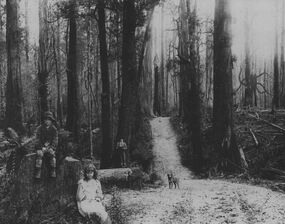 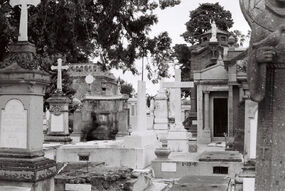 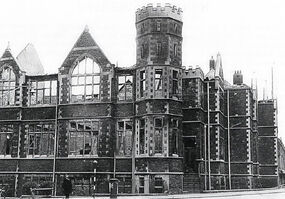