The Taste of Famine

The famine turned many of us into monsters.

I saw lifelong friends claw at each other's eyes in a battle over the meagerest of crumbs. I saw a mother rip a piece of mold-speckled bread from her child's mouth and cram it into her own before wailing weakly in shame. I saw weeping, gaunt-faced men choke down fistfuls of dirt. I saw a man shoot another for his backpack, then turn the gun on himself after finding it empty.

Hell had come to my home, and brought with it a terrible hunger.

In time, my friends and family began to die slow, torturous deaths from starvation, one by wretched one, until all I had left was Charlotte. Though we had both grown painfully thin and frail, I kept us alive with what little I could scavenge—withered blades of grass, boiled tree bark, insects, frogs, and the birds that arrived to peck at the dead. What would have turned my stomach in the past now made my mouth water with ravenous anticipation.

When whispers of flesh-eating floated through the remnants of my neighborhood, I forbade Charlotte from ever leaving our house and dug yet another grave in the front yard; it was better for everyone to believe that she was already dead than for her to share the gruesome fate of the poor souls that had been plucked from their homes and devoured. I could not bear the thought of losing her to the famine and its endless atrocities. I swore to Charlotte that I would keep her safe, no matter the cost.

I need you to know that I didn't want to kill the first one. He was a neighbor that I'd exchanged pleasantries with on a few occasions, and I think he had once been a good man. But I had no choice; he caught a glimpse of Charlotte when she peeked out the window, and he tried to break into the house. I pleaded for him to leave, and when he refused, I mustered what fading strength I had left to bludgeon him with my flashlight. As his corpse lay crumpled on the floor, I stared into the pool of cooling blood at my feet and thought of how hungry we were. I thought of how starvation gnawed away at our bellies even as we slept, and dragged us ever-closer to the same agonizing end that befell my loved ones. I thought of my promise to Charlotte, and I made a choice that terrified me.

We ate greedily that night.

It was easier after that. I chose only those that meant us harm, and I made quick work of it: a well-placed blow to the skull, a knife to separate flesh from bone, and my blood-soaked hands became our new tools of survival.

What I've done haunts me. But I'm alive, and so is Charlotte.

She leaned forward, brushed her soft face against mine, and meowed. 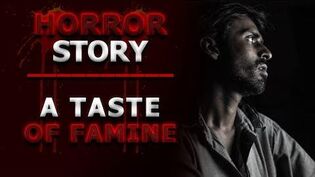 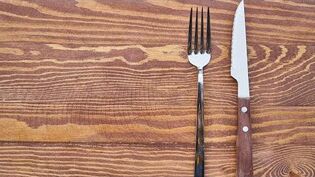 "The Taste Of Famine" by Certain Shadows - Creepypasta