It happened so fast that I didn't even have time to scream when I lost control of my speeding car. I spun wildly across the empty road before slamming into a barrier with such force that I felt my teeth rattle in my skull. Everything went black.

I floated through a timeless oblivion until two voices dragged me back to groggy consciousness. My eyes remained closed.

“Doubt it,” a man replied plainly. “He's pretty banged up.”

Someone creaked open the driver's side door. “We better try to get him out of there,” the woman said.

“Don't move him!” her companion exclaimed. “That could make it worse.”

“Call the police then. They'll send an ambulance.”

There was a tense pause.

“I could do that,” the man finally said, “or we could just leave.”

“The guy's already near death,” he insisted. “This is an expensive car—I bet he's got cash on him.”

My eyes flew open. I groaned in agony. The startled woman shrieked and nearly fell backwards. I attempted to sit up only to realize my injuries had rendered me unable to move more than a few inches. I coughed and tasted blood.

The man cursed. “He heard everything. Now we have to get rid of him.”

She turned away from me to fix him with a confused expression. “What are you talking about?”

“He knows we were gonna rob him!” he shouted. “He'll tell the cops!”

“Hey,” I rasped weakly. My voice sounded cracked and frail. “Call me an ambulance and I promise I won't say a word about either of you.”

“Please,” I begged. “It'll be like you were never even here.”

“You got any cash?” the man questioned flatly. Before I could answer he reached towards me. I watched helplessly as he pulled my wallet free from my pocket and tossed it to the woman. She rifled through it with wide eyes.

“Shut up!” the man interrupted. “You're in no position to be asking for favors.”

A steel blade sliced through the air. Warm blood sputtered from his open throat. He gurgled before crumpling to the ground in a dying heap.

“He would have wanted half,” the woman muttered, a knife clutched in her trembling hand. Tears slid down her cheeks. “I'm not greedy. But I'm in trouble and need the money.”

I swallowed a mouthful of blood. “You can have it all.”

“No!” I protested, but she'd already begun to sink the knife into my chest.

Pain bubbled inside me as I glanced downwards. Her eyes followed mine. She gasped when she saw her own incriminating visage gazing back up from where my phone screen rested on the car floor.

“That's why I crashed. I wasn't paying attention.” I took my last jagged breath. “I was live streaming.” 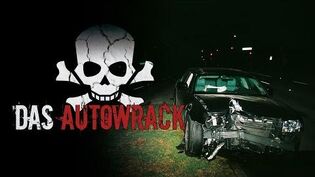 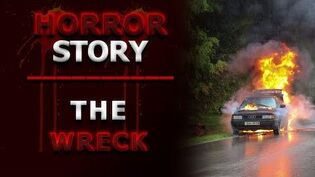