This is some ol’ bullshit!

I tell ya what; this here zombie apocalypse ain’t livin up to what it was supposed to be. Nothing ain't goin right and everthin's happenin at the worst possible time!

First, it had to happen when I was back home in Texas vistin for a spell. Second, it had to be smack dab in the middle of the hottest summer on record. Third, and if that ain't already bad enough, them zombies had to be runners, not shamblers, but runners; and them sumbitches are fast too!

I was like everybody else; I played the games, watched the movies, and never missed an episode of the TV shows. I fantasized about the day them zombies would show up and bite the shit out of everyone, especially all of them sumbitches at the credit card companies. I was so sick of them bill collectors harassin me like a bunch of ol' buzzards. I couldn't answer my phone without usin my fake foreign accent.

Eventually, they caught onto my ruse. But ya know what, I was gittin to a point in my life where I wanted to be a more better person; more sensitive and such. Ya know, I wanted to be more like Owen Wilson. So I took the very next call and was as polite as I could be and that debt collector was still all condescendin to me. He said, “Mr. Swanson, you need to be responsible with your finances! When can we expect payment on the balance due on your account?”

I was like, “You can expect payment anytime you'd like! How about this, why don't you pick a date and we’ll both git to be surprised on that day when you still ain’t gotcha yur money!”

I might could be more like Alec Baldwin. He nice and all, but still keeps a temper to himself.

Nope, this zombie apocalypse ain’t nuthin like it shoulda been. There ain't no fully stocked grocery stores just waitin to be plundered. There ain't no runnin water, no lights, no food, no guns. Shit, even the pets have turned on us. The other day, I saw this old man git his ass kicked by a Chihuahua, a Chihuahua!

Yup, there ain't no stashes of guns, no super smart science folks discoverin some obvious cure from a house plant that's been starin back at them this whole time. There most definitely ain't no pockets of civilization, waitin with open arms to take in a prodigal son who's come wanderin in from the wilderness. None of that happened.

I always imagined that I would be this badass lone road warrior who wandered place to place, gettin into adventures and such. My pistols and my shotgun would be my only companions. Oh, and a sword! I’d want a sword too! I’d carry it on my back like He-Man done did in them cartoons I was fond of when I was a young'n. Ooh, Mama hated them cartoons. One time she caught me watchin one after school and she howled like a goddamn screech owl, “Sweet Jesus! Why don't that man got no clothes on and why do all'em girls look like whores of Babylon?”

I count my blessins to this very day she never got a good look at what them Thunder Cats were wearin.

Poor Mama, bless her heart. I had to put her down myself, but she's in a better place now. She's up in Heaven with Jesus, bummin cigarettes off of St. Peter in front of them pearly gates. So, it was during my annual obligatory visit to the farm when the shit done hit the fan. I didn’t know what I was gonna do with Mama! She really was in no shape to be evadin hordes of ravenous zombies and such. There ain't no nice way to put it, but she done definitely let herself go in the past few years. My Aunt Sissy said that she got so big, they were fraid for her life every time she sat in her favorite rockin chair. They went through at least two porch cats before they decided to do something about it, poor little bastards. They had to reinforce that ol' chair with lug nuts, just to support her big ass with any level of confidence. She told everyone that Dr. Harris said her weight gain done come from a glandular problem. "Hmph, a glandular problem?" I said, “Mama, the only gland you have problems with is your saliva gland." Heh, heh, heh. But honestly, she did have a weight problem. She could not “weight” to eat. Hahaha! I shoulda been one of them professional joke tellers.

Well, we were about to hightail it out from the farm when that girl from up yonder showed up on our front porch. What was her name again? Jenny? Yeah, Jenny, that real sweet girl with the fucked up eyes. It was a damn shame too, cause it was next to impossible to have a serious conversation with that girl. I tell ya, she was so bugged eyed, she looked like a big ol' bullfrog wearin eye shadow. She had this one eye that was normal, but the other one would do whatever the hell it wanted to. Damn, I dared anybody to try and converse with her normal like and not get a serious case of the heebie jeebies. You couldn't tell if she was lookin at you or lookin at your boots. You believe me, that's mighty distractin when a fella’s tryin to organize his thoughts proper like.

I did hear, though, that eye of her's could see around corners too, just like magic! But I ain't one to gossip, so ya'll didn't hear that from me.

Oh, she used to babysit for all them Tayler kids, but they let her go after only one night. I heard it was going real good'n all until that crazy eye of her's got to zippin and zappin this way and that. Well, it damn near scared the livin bejesus out them kids. You could see kids divin out the windows, bustin down doors and crashing through walls just to get away from her. Although I reckon, there was some good to came out of all that. For that night forward there was no problem disciplinin them kids. All ya had to do was say, "If you don't mind me, I'm gonna get ol' Jenny to come stare at ya'll!"

What the hell was I talkin about? Oh, we came out of the house and there was lil Jenny. She was all dirty and tore up like she had a run-in with a pack of ol'pissed off coyotes. The three of us locked eyes. It felt like we stared each other down for eternity. One bloodshot eye stared at Mama and the other one fixated on me. Well, more like in the general location of my left elbow, but I understood her intent. Well, whatever goes on in their heads, I could tell it was workin overtime trying to decide which one of us would taste better. Not to be insensitive or nuthin, but it wasn't really a difficult decision if ya were lookin for more bang for ya buck. It didn't matter how long you've been dead, you can tell the difference between a snack and a banquet. A low growl began to emerge from the girl. It got louder and louder, then she charged at Mama.

What happened next, I swear on my daddy's grave is the honest truth. If I'm lyin, then rattlesnakes don't like to shake their rattles. Lil Jenny jumped on top of Mama and they crashed to the ground. She then bit down on Mama's throat...then...then out of the blue she stopped! She looked up at me (well kind of, but I've already sufficiently beat that horse to death), she had this look of confusion, no, more like bewilderment. She sniffed at the bloody mess she made of my mama. She smacked her lips a couple of times like she was tastin somethin peculiar and finally made a face like she had just tasted the nastiest thing to ever exist on God's green Earth. The look of revulsion that spread across her face almost made me bust out laughin. Then it hit me, I knew that face. I knew it very well! Mama had given Miss Jenny "Nyquil-face", ya know, that face ya make after drinkin that green shit for a cold! That got me thinkin, after all this time, you'd think they woulda come up with somethin better than that nasty "Green Death" flavor. Cherry tastes like shit too!

Anyways, that gave me the opportunity to gather my wits about myself and I pulled out my handgun. I aimed it real careful like at the face that was now stickin its tongue out and gaggin. Before I pulled that trigger, I thought to myself, “I knew it! I knew it! That old woman was so mean, if anythin ever tried to eat her up, it would either spit her out or curl up and die.”

Mama was pretty much done in. I made sure it was permanent. She was a proud woman and I knew she would want to keep her dignity even in death. It's the least I could do because truth be told, ya’ll know there ain’t nuthin more pathetic than when a fat zombie tries to run you down. 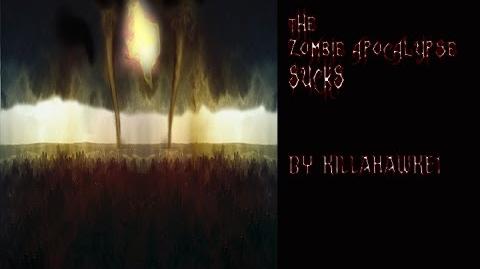 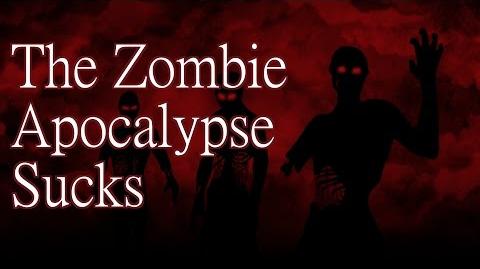 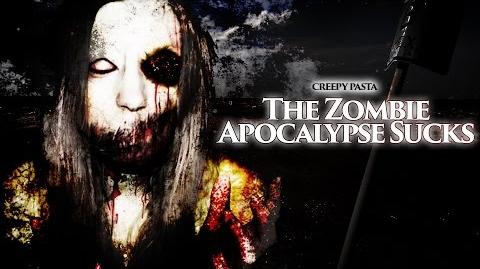 Written by KillaHawke1
Content is available under CC BY-SA