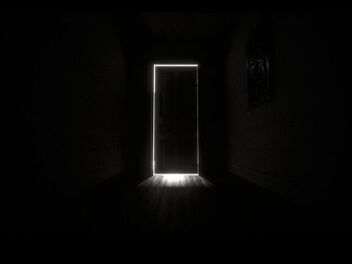 There was a knock at the door.
At 4 A.M. it brought me out of my slumber.
Curious about who it could be at this hour I exited my bedroom and started making my way to the stairs.
It was then that a chill went up my spine.
Waking nightmares starting dancing on the top of my head.
I thought about ghouls.
I thought about ghosts.
I thought about things that go bump in the night.
The floorboards creaked underneath my feet.
The pounding at the door became violent.
I thought about the wave of missing person reports in my city.
Children now without parents.
Vanished from the face of the earth.
I began descending down the stairs.
The knocking became more and more aggressive.
I thought about the at-large serial killer in my city.
The letters they wrote to the press promising that more will die.
I stood in front of my door.
I thought about life.
I unlocked the door.
I thought about death
I turned the knob.
I thought about what it must be like to sleep forever.
I opened the door.
There stood my neighbor.
I had accidentally blocked his driveway with my car.
I apologized and moved it.
After all was said and done I sat on my sofa to catch my breath.
It was then I heard an inhuman screech from across the hall.
Silence fell but was soon ended by another sound.
There was a knock at the basement door.

Retrieved from "https://creepypasta.fandom.com/wiki/There_Was_a_Knock_at_the_Door?oldid=1349715"
Community content is available under CC-BY-SA unless otherwise noted.