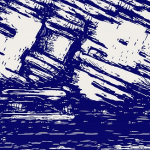 aka Supreme Court vs. Creepypastas: G or I?

I am solely devoted to harshly judging everyone. If you’re angry then sending threats won’t matter but if you want to kill me then come find me. Good luck, but remember I’ll be waiting for you. What are you? You’re nothing, but a nobody. What Am I? Well, that is not important.  Now you, go get yourself hung, drawn, and quartered. If you don’t know what that means, look it up. I assure you, it is not very pleasant

Story's Judged 100. This number is not accurate. From now on I will be counting by 25s because counting by 1s has the negative effect of flooding the system. But don't worry, I will continue keeping count on an extremely high tech device, a 5¢ piece of paper. For a more accurate counting system, just go to my following page. I know, how screwed up is it that I follow the stories I judge (sometimes harshly).

Stories may disappear either because they are too cliche, unoriginal, plagiarized, garbage, do not follow the rules, or are deleted by the authors for some reason. If you see a story that is red on my following. Remember I don't have the authority to delete stories, only the admins and authors do.

PS. Do not blame me for your story being deleted I have no power on this site as I said earlier. Now I'm going to go back to sitting in my nice leather chair and eating a sandwich. Actually I'm a homeless man who lives in a box or in the restroom at McDonald's . Don't be like this Rob Lowe get direct TV. Now in all seriousness I take my job somewhat seriously despite the fact I don't get paid, earn respect, or have any real power. Also I am not paid to give favorable reviews. If I was then I would not be making this obscure comment. Wish I was though but I'm pretty sure it would be obvious if I was. Let me prove it to you I don't like Jeff the Killer or Slender-man. There I got something off my chest. Whereas if I was paid to like those stories, I'd be all "they're so great and original". Which is 100% percent not true. Back to the boring life of a person who's too lazy to review more than 3 or 4 stories a day and complains out about it too much.

I do not promise to review stories everyday or even be online everyday. Don't complain about it. At times I can be laid back, your story was great or ok, I'm in a good mood despite the fact your story wasn't very original at all, I'll be nice today. But at other times I'll be all I hate your story, its garbage, and is so bad not even the creators of Twilight, and Fifty Shades of Grey would think it was a good idea. It happens.

If a long video goes with the story that is not a commentary, then there is a possibility I have not finished reviewing it but will try to watch it later. Which means the review is not finished but will be completed at a later date after factoring in the video. I may also occasionally review stories from forums or blogs, but they will not be counted on the counter because they did not even make it on the wiki. However if they do make it, I will reconsider adding them to the counter.

If I find your story distasteful and appalling (Not in a creepy good way but rather a more dreadful manner). Than remember, "There will be hell to pay". Despite the fact it is an overused, cheesy, and bad catch phrase. But I will not stop digging until I hit rock bottom. Not any better, maybe a little worse. But I hope I got my point across. Also I don't mean living in a box, becoming an alcoholic, tripping on acid, doing needles, or becoming a stripper or prostitute. That description was probably not needed but I still feel like it was necessary. Now, if me and you are lucky, I will never use these catchphrases again.

If you feel I left you a rude message, I want you to know its nothing personal. Who knows maybe it was just a mood shift or I was grumpy. (Never mentions the word grumpy on this page again, for fear of being sued by Grumpy Cat). If your angry, then your anger is possibly justified, if you want to insult me, know I won't take it to heart or continue on with the flame war. Because it will just go on and on, why use more fire, water, or ice, when you can just encase everything in concrete. (There's nothing in my back yard). (Crud, time to get rid of the evidence, burns entire house down before remembering he left the wallet in the house.) (How, am I going to explain this one). (We know your hiding something, "I swear I'm sorry I just couldn't help it I like Katy Perry). (Awaits immediate execution.)

Considering new catch phrase. "There will be hell to pay" has gotten old and was only used two or three times. Considering "What will you do for a Klondike bar, and Taste the Rainbow". I will do my best to never say stay golden again. Why 80s, Why? Ironically I've pissed off more people in the forums than actual authors. I'm not even sure authors read what I comment and if they do they don't reply. Don't give in to the fire, or it will consume you, smart thinking.

Creepypasta.wikia Events (Not in Order):