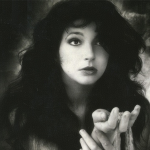 2,084 Edits since joining this wiki
January 29, 2015
0 Discussion posts
(Right) Logo made by RuckusQuantum

Hello, dear. As you can clearly see, I am AGrimAuxiliatrix1, a self-proclaimed writer and critic. If you want me to read one of your stories and make a full critique of it, feel free to ask (although my schedule has been fairly busy). I've written 14 stories so far, and I've written over 60 in-depth reviews of various pastas. All of my critiques and Creepypastas can be found in the links below.

Vampire Depiction made by TheonlyFanTazy (right):

Forgive Me- 2015 Creepypasta Freestyle Contest Entry. Subject: Back from the dead.

The Magician's Game- My personal favorite of my stories. Nominated for Pasta of the Month in September 2015.

My Parents Weren't Meant to Be Together- CrazyWords' Writing Contest Entry. Subject: Divorce.

Walk With Me- SnakeTongue237's Title Writing Contest Entry. The title was clearly "Walk With Me".

A Perfect Memory- My favorite short pasta I have wrote. Nominated for Pasta of the Month sometime in Spring 2015, my memory isn't the best.

Wednesday Night- Odd story behind this one. I originally made it to represent my feelings on Stephen King's stories: Great build-up with little payoff. I later realized that it was stupid to intentionally make a story with a poor ending, so I then deleted the story, only to republish it in this much improved version the next day.

The Pastel Man (Note: given recent information about the writer of this story, Vincent V Cava, and Mr. Creepypasta coming to light, I've chosen to remove links to Cava's work excluding this one. I continue to love many of Cava's stories, but unless the allegations against him are proven untrue, then I wouldn't feel very comfortable supporting him or MCP.)

I'm Worried about My Son

For Love and Hot Chocolate

My Grandfather Suffered from Dementia

Nightingale (Since removed, as it is going to be published)

A Story to Scare My Son

The Demon in the Mirror Trick

A Small Piece of Lead

The House That Death Forgot

We Called Him TaTa

There's Something Between the Gears

The Number of Darkness

In the Middle of the Night

The Shortest Horror Story Ever Written

Retrieved from "https://creepypasta.fandom.com/wiki/User:AGrimAuxiliatrix1?oldid=1331310"
Community content is available under CC-BY-SA unless otherwise noted.