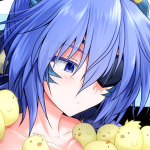 Creepypastas are meant to be "creepy", though as something a writer would know, using the 5 senses, backstories, detailing things well, and even poetic devices are methods required to make the reader feel in the nerrator's place. Sadly, not many get these well, and instead they miss out detailings and sometimes even have the grammar of a 4-year old, making creepypastas divided in 3 types: The good, the bad, and the retarded.

The good pastas are the ones that bring out everything they experienced and bring it in a way they catch the reader's attention and in a way you feel in their place, such as NES Godzilla Creepypasta and Ted The Caver. Grammar is also perfect in these, which makes it better, specially giving their length. They don't have to be masterpieces or make your bones chill to be good, sometimes even a small bit of dark content can work out for it, such as in Candle Cove or The russian sleep experiment.

The bad are the ones that aren't actually creepy, but they have originality behind them. By originality I mean, not using a concept previously used somewhere else, i'll explain these later. They can have very few grammar mistakes (Below 5, preferiably) or edgy lines, but they're little and therefore acceptable. Sometimes they lack a "why" to the events, or they missed out important details, but due to using a alright plot, they're fine to read.

These consist on pastas that are either "sequel-ish" to other pastas, or use very unoriginal concepts, .exe pastas and lost episode pastas are a example. Most of these use the same concept in where a character just murders everyone for literally no reason, or "I was a employee at this company and saw this unaired episode...", using the word Hyper-Realistic to attempt to detail everything, or just, overall, stupid pastas who just recycle plots of other pastas and are boring even to read and often predictable. Some examples would be Sally.exe, and literally whatever this is supposed to be.

A thing about .exe pastas is that they're also massively reliant on jumpscares as their way to cause fear. But, jumpscares are not creepy, seriously. They make you jump outta the couch once, but at the second, third, and fourth time, they do nothing. They don't add anything creepy, only a close-up of a character's face distorted. Shoutouts to Tails Doll for being the only Sonic character whose pasta isn't on this category.

Retrieved from "https://creepypasta.fandom.com/wiki/User:Black_Sun_x?oldid=1399422"
Community content is available under CC-BY-SA unless otherwise noted.