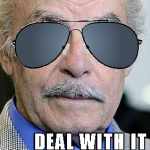 I'm just a 20-something dude hanging out in the western USA, working for 'the man' and writing an occasional story/creepypasta.

My first exposure to creepyasta was around 2008 - 2009 on the paranormal board of the hacker known as Four Chan. I was a fresh college graduate, and was really into the regular creepy discussions and the scary/creepy/odd movie streams we did now and then (watching Salo with a bunch of internet weirdos live is a novel experience).

It was during this time that I noticed the recurring photo and creepypasta memes on the site. Things like White With Red would show up and, in a very succinct way, give you the creepy-crawlies. Similarly, there were the pleasant comedy pastas like Who Was Phone and AND THEN A SKELETON POPPED OUT that played on the tropes. I really enjoyed them, and started to write stories for myself.

I'm not a big fan of scary movies or jump scares, though. Movies that instill dread, like Signs are more my speed (although the end was ass). Documentaries like Faces of Death are also fantastic for really instilling creepy feelings.

Retrieved from "https://creepypasta.fandom.com/wiki/User:BrosephFritzl?oldid=980600"
Community content is available under CC-BY-SA unless otherwise noted.