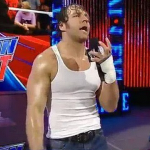 Hey guys and welcome to my page. I'm really trying to create a solid amount of good creepypastas. Some, I hope will make the reader think about the story even after he or she reads it. My first pasta was released on the night of July 7, 2013. Thanks for all the support guys and gals!

Creepypastas, Scary Stories, Campfire Tales...regardless what they are called, they are a visceral experience that humans have told and performed ever since we have existed. I find that wherever a scary story can be told, is a great place to be. And that is why I am here.

I will rarely create a story that will be about video games since I am not particularly attached to any franchise. But I will try create stories that will walk the fine line between real life and the paranormal. I will try and make my stories as serious as they can be, so the reader can experience an unrelenting experience.

As for me, I am an incoming Junior at my college in New York where I have a (gasp?!) Sports Talk Radio Show called Sports With V.A.N. I love playing sports like baseball, basketball, and football (both kinds).

I love making these creepypastas, or scary stories, so I'm here for the longrun!

Just ask me to read your pasta, and I will if I have time. As a College Student, it won't be easy during the school year, but its summer. So bring them on!

If you have any ideas for creepypastas, let me know in the message section! There are a ton of topics that haven't been touched, and I'd like to try and open them. And as always, thanks for your time!

Check out my page on Some Ordinary Gamers Wiki:

I HAVE ARISEN...new pastas being migrated from SOG Wiki asap!

My Creepypastas in Order of Creation:

I consider the first five pastas my "Phase 1" because they were all written within one month of starting to write for sites online.

These Pastas are being Cooked:

These are being made at the moment and will be released in the coming weeks/months (Note: These five creepypastas are collectively called "PHASE 2"

1) "The Followers of Ombra" - This story further expands The Ombra's mythos and incorporates cults - Coming Soon!

These are planned for release:

"The Long Walk" - Creepypasta Poem about the long walk a man takes to his execution chamber. His inner demons manifest into the guards and other prisoners that watch him march.

Retrieved from "https://creepypasta.fandom.com/wiki/User:CTstories?oldid=562932"
Community content is available under CC-BY-SA unless otherwise noted.