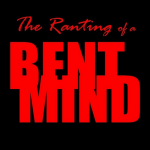 "When she saw him, she screamed and ran..." - More Scary Stories To Tell In The Dark

The Ranting of a Bent Mind

Retrieved from "https://creepypasta.fandom.com/wiki/User:D._Compton_Ambrose?oldid=1387459"
Community content is available under CC-BY-SA unless otherwise noted.