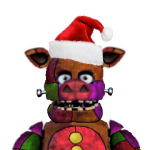 This my user page. Im too lazy to edit this page to tell the community about myself!

Anyways, Im Daly, and I enjoy stuff like Star Wars and FNAF. While Im usually called Daly, I've also been called Kiddo, Dal, Dally, and Daly-Daly-Doo. I've probably been referred to as "asshole" or "idiot" at some point as well.

How the fuck did the The Rugrats Theory make it into Most Popular?

Yos: BEN Drowned has returned to it's rightful place.

Yazmine, aka Umbreon or Yazzo. I consider her my best friend and a great author.

Helpy, aka the one with the little legs.

Trica, aka the one who believes my John-Multiplies-When-He-Eats-Too-Much-Cake theory.

Jeff, aka owner of the Penguin Whale.

Fanatic, aka Justin or the best theorist ever.

TMTU, aka Too Many Taken Usernames.

Diz, aka Dizzledip or Baby Lefty.

Dynasti, aka Dynasti The Radicles Fangirl.

Ginger, aka the one that is in love with a robot in an SMG4 Roleplay.

King, aka King Of Fuffies. I shall abuse his fuffies >:)

Fusion, aka owner of the BTGAY Threads.

Term, aka the Terminator

Pestilincecure, aka a nice fellow I met on Cryptid Wiki.

Star, aka Ben or the one that hates Froodboo and the Penguin Whale.

Krazy, aka an awesome creepypasta writer!

Retrieved from "https://creepypasta.fandom.com/wiki/User:DalySkywalker?oldid=1415862"
Community content is available under CC-BY-SA unless otherwise noted.