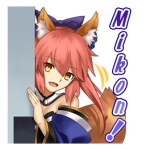 Hello! My name is Doom Vroom, but you may call me Vroom or Vroom Vroom. Feel free to leave me messages on my talk page. P.S. The awesome Doom Vroom word art was made by RuckusQuantum :D

If you see the following stories credited to anyone other than Doom Vroom or Vroom Vroom, then they are stolen.

The Nature of Dreams (Dreams aren't what you might think)

The Intrusion (Thieving isn't all it is cracked up to be)

The Hissing (Some deals are too good to be true)

Gumjaw (It hangs around Interstate 8)

The Cropping of Life (That which is unaccounted for can exist)

Foryeti Me Not (Life is found where it is least expected... or wanted)

Became *Contest Entry* (A bullet to the brain or to the heart?)

Crossing the Line (What lurks over the line?)

Corruption of Youth (Children are the future)

Fungus Among Us (The greatest decomposer)

Of Aliens and Pricks (NSFW; Collaboration with Tio; Human hands explore the forbidden)

My Mistake (Many things can be a prison)

A Mile in His Shoes (It's in the sole)

Gumjaw: In the Pale Moonlight (Sequel to Gumjaw. Beast and Man are sometimes the same)

Dinner with a Count *WIP*

Jeff Teh Tiller: http://pastebin.com/PhWApmw5 (Guard your gardens, hide your soil, Jeff is here to toil)

The Triple Scorre Threat (sequel to Who was Car?): http://pastebin.com/9Yb3D36S

I've been blessed with a few of my pasta being narrated on YouTube by some really lovely people. If you enjoyed the readings as I did, then you should check out their YouTube channels and leave them words of support and/or subscribe to their channel(s). I'd also like to give thanks to User:Shadowswimmer77 for inspiring the layout for this section of my User Page.

The Nature of Dreams

The Cropping of Life

A Mile in His Shoes

That Moon of Mine

The Pit of the Lost

Sometimes I start writing stories and then dump them because they don't work out for whatever reason. I'm going to detail my cancelled Creepypastas here.

The Cellmate, this pasta was about a prisoner who ends up with a cellmate that everyone else avoids. No one, not even the guards, can remember or find record of when he arrived at the prison. It turns out that the cellmate has psychic powers that allow him to erase memories and absorb people's consciousness. He'd been killing everyone that he ever shared a cell with and planned to do the same to the main character. What's done can be read here: http://pastebin.com/vzH2RSsW

Sentenced, started off as a part of the above pasta, but ended up being split into its own story as I felt like too many mystical things would be crowding the story. I can't even remember how both elements would have worked together, honestly. This was about prisoners who would vote each other out of prison. The most voted prisoner would be sent to work in what was ominously known to the prisoners as The Mines. The protagonist had managed to stay in the prison the longest by making himself useful to the other prisoners, but as fate would have it, he gets voted away toward the start of the story and sent away. He soon learns that The Mines contains a monster which he is meant to be fed to (each time the monster is fed it "drops" (look up poop) crystals with fantastic properties. What's done can be read here: http://pastebin.com/u2KC4Qq3

Trigger, two policemen corner a serial killer. The murder is seemingly killed at the cost of one of the policeman's psyche and he is sent to therapy. The killings eventually continue and the policeman who didn't go to therapy or have a mental breakdown (the protagonist) reluctantly goes back to work with his partner who is called back to duty. It is discovered that the officer who had a mental breakdown was coping by continuing the killings. What's done can be read here: http://pastebin.com/ZbxXxKhF

Evolution, I didn't have much for this idea. I tried writing a story for this and even a poem, but both felt so terrible to me that I scrapped them. I wanted to make a story about how humans kept swapping out their parts for cybernetics, eventually becoming fully machine and uploading their consciousness to cyberspace. Meanwhile, computers/AIs were constantly upgraded with organic components. Each "species" would think they were more evolved than each other, only for the now organic computers/AI to prove at the end that they were indeed superior and that humanity was foolish to ultimately cast away their bodies.

Rent to Own, This was a simplistic story about a couple moving into a house under a Rent to Own agreement (rent the house until a certain amount of payment has been paid in rent and then they own it). Things go missing soon after they move in and they end up getting picked off. The ending would reveal that the previous tenant was under the same agreement, but had the house pulled out from under his feet. Despite this, he stayed in a room which he had hid behind a cabinet. What's done can be read here (not worth it in my opinion): http://pastebin.com/xvbaCNs1

A Story to Scare My Son by OvenFriend

How Does It End? by User:EmpyrealInvective

So Much for My Complexion! by user:Deehizzle

The Hole in the Wall by Josef K.

The House That Death Forgot by User:WriterJosh

Retrieved from "https://creepypasta.fandom.com/wiki/User:Doom_Vroom?oldid=1419464"
Community content is available under CC-BY-SA unless otherwise noted.