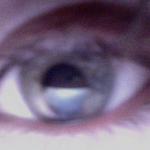 Hi there, anonymous reader and/or stalker! Anyways, you probably want to know about me.

I love gaming, especially Final Fantasy, any zombie games, Minecraft, and others. I have over 700 games, including all my console titles and everything on my emulators. Not gonna list them all because that would take forever.

I like anime and manga. It's much better than the TV we have in America. It's all good, from the randomness of Lucky Star to the depressing seriousness of Death Note.

Not sure if there's anything else I really need to say. I'm a gamer with a great taste in music who watches anime and reads manga. Oh, I was also born in the 90s. Because that's semi-important to understanding me and junk. Oh, and most people call me a brony. So... yeah.

My favorite pastas
Retrieved from "https://creepypasta.fandom.com/wiki/User:Eculeus666?oldid=688136"
Community content is available under CC-BY-SA unless otherwise noted.