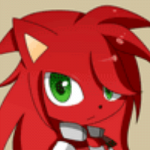 Hello, I'm Flaky. You may know me better as an admin of the SOG Wiki, as well as three-time winner of their Creepypasta of the Month contest. Make yourself at home.

No real order given. If you've been forgotten I'm very sorry.

Reading (Can't thank you enough for encouraging me to post here)

Cas (For all the friendliness and comfort you've provided me)

Zy (Keep your chin up, girl)

Dashing Crashing (For all those kind words)

Here is a list of videos of my own written creepypastas being read on YouTube by various accounts and voices. I must say that I really do enjoy listening to everyone's interrurpertations, insight and opnions on my work! I might have to just read each of them myself one day.

Yes, you have full permission to read any of my work, but I DO prefer to be notified of it at the least. Besides that, knock yourself out. :)

I Won't Leave You

"It was boring and slow at the beginning, but it's forgivable because you did a great job at introducing the characters and getting people attached to them. Once you get further in the story you won't want to stop reading though." - Seanybobo

Ahh, this one. We all have to start somewhere, right? This one originally started as a roleplay on an adult roleplaying site where one can make your very own characters and type into a chat. It's actually... very well set up. So I made Lonliness, you know, the eevee from Abandon Lonliness, when on the chat, late on the first day, I got private messaged from a certain sylveon asking for a vore roleplay. I actually almost made him cry.

A day later, and this was made and submitted as my first on the SomeOrdinaryGamers Wiki, where it was met with almost immediate success.

"I never did like angry screaming rock music. However if you read just the lyrics to the song, it seems like one of the best poems you could ever read. I can't believe this beautiful creepypasta is based on a screaming rock song!" - Anonymous

Originally written in tribute to my friend, a brilliant mind known as Arthur von Nagel, departing from his band known as Cormorant who plays a weird mixture of metal, rock and folk music. They are honestly to be heard to be believed. They have no known boundries and can seemingly play and transition to any kind of rock music with ease. I chose this song of theirs because it tells of such a unique story that is kind of creepy on its own merits alone. So I thought, why not write a pasta about it?

Although no longer viewable on the SOG Wiki out of shame for writing such an atrocity, on both general and even my standards, this particular black sheep of my work is still viewable and readable at this wiki as kind of a history thing. This is not only bad at a mindfuck, but it has some really bad word choice and grammar as well. Only recommended to those who want to know what Flaky writing a badpasta would look like.

I've honestly been wanting to write a Zalgo pasta for a very long time before I wrote this. Aside from the nightmare fuel images and corruption of friendly children comics and characters, Zalgo as an enity always interested me. Like some evil god straight out of the Lovecraftian world. What better way would be to convey that sheer power than a hymn-like poem written by a madman watching his world be burned by his Satanic idol?

Subjected to a Beating

"I think what was coming clicked fairly early on for me due to my exposure to your work, but that just made everything better. Because I have a very (very) dark sense of humor, this hit just the right note to come off as extremely funny, even if I imagine it's also pretty unpleasant(ly pleasant) for folks who haven't read your work." - Stormlilly

I can't spoil much for this one, the story tells itself without my help. This is by far one of the most grim stories I have ever written, with a bit of a satirical and black humor tone to add to the effect. I wrote this while I was suffering from writer's block, feeling uninspired, so I wrote this to express that.

"Am I the only one that finds something like this truly horrifying? Getting killed horrifically by some demented 12-year-old, some mystical little girl, a Holder, or a guy with a lot of tentacles may hurt, but at least you DIE. Something like this kinda tugs at you, an eternal, perpetual loop of uncertainty, melancholy, and soon insanity. It's a twisted kind of﻿ evil." - ThunderCavalier

Written a few days after Subjected, this ended up being my breakthrough story, months after it was originally written in early July of 2013. In addition to being read by Mutahar (THANK YOU!) it was also read by popular reader Mr. Creepypasta! Soon, a name was made for myself outside of the SOG Wiki...

"So you have a culture of sacrifice for no real reason besides the battling of others, at the will of others - and just a quiet sense of inevitability. I think that kind of horror is VERY relatable in this day and age. Resignation is fear, or perhaps the point when you no longer fear anything." - Stormlilly

After my failed attempt of writing a mindfuck pasta, I decided to give it another go many months later. This time however I was met with success. Not exactly gold by any means, but I actually felt proud of my work and was glad that people actually liked this one a lot more. Not my best work for sure, but it was a fun pasta writing about something from a children's game series that I found very, very disturbing.

Retrieved from "https://creepypasta.fandom.com/wiki/User:FlakyPorcupine?oldid=1267357"
Community content is available under CC-BY-SA unless otherwise noted.