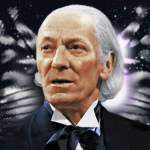 
"There is a fifth dimension beyond that which is known to man. It is a dimension as vast as space and as timeless as infinity. It is the middle ground between light and shadow, between science and superstition, and it lies between the pit of man's fears and the summit of his knowledge. This is the dimension of imagination. It is an area which we call the Twilight Zone."

“Superman is, after all, an alien life form. He is simply the acceptable face of invading realities.”

I've wanted to write all my life. I've been on here long enough that first stories I posted were started before I entered high school. Feel free to narrate or adapt anything you want to so long as you give credit.

Retrieved from "https://creepypasta.fandom.com/wiki/User:Gomez_Capulet?oldid=1400644"
Community content is available under CC-BY-SA unless otherwise noted.