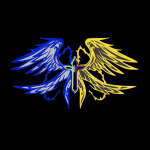 aka just call me Hel

The Light illuminates, yet reveals horrors in the Dark.
The Fire can warm, and yet it can burn.
The Ice may freeze, yet it may cool.
The Lightning may destroy, yet it may create.
The Earth may provide, yet it may take.
The Wind may sweep, yet it may soothe.

Life may be pleasant, yet it may be a torment.
Death can bring fear, yet may bring release.

I hope you find what you seek here, <insert name here>.

There are 27 pages marked for review and 1 page tagged for deletion.

Grimoire of a Star - My Stories

March of the Dead - Narrations of my Pastas

Stargazer - A Creepypasta Read
By SpiritVoices

"Persistence" -- A Creepypasta Read
By SpiritVoices 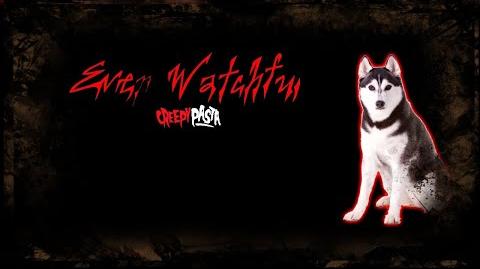 Suggested Reading (by Yours Truly)

Reading at the Moment:

"The Silmarillion" by J. R. R. Tolkien
Add a photo to this gallery

My Favourite Quotes (In no Particular Order)

“Where did the gods go? Why, the same place the dragons and fairies did: into the the last refuge of a lost age, the imagination of Man.”
—Revan Starbrow

“Expose yourself to your deepest fear; after that, fear has no power, and the fear of freedom shrinks and vanishes. You are free.”
—Jim Morrison

“I'm gonna put a curse on you and all your kids will be born completely naked!”
—Jimi Hendrix

“The worst flaws are those that are virtues in small amounts.”
—Rick Riordan

“Lion and Tiger may be more powerful and majestic than a Wolf, but you will never find a Wolf dancing in the circus.”
—Unknown

“If our countries are our mothers, they're really into infanticide.”
—Marchelo de Facto

“If your dog barks, you haven't cooked it properly.”
—Chinese Proverb

“What is better - to be born good, or to overcome your evil nature through great effort?”
—Paarthurnax

“Socialism never took root in America because the poor see themselves not as an exploited proletariat but as temporarily embarrassed millionaires.”
—Ronald Wright

“I may not believe in myself, but I believe in what I'm doing.”
—Jimmy Page

“You speak true. Like a master to student. Who learns. Like on the field of battle. Only training and what you are taught stand out in the fog of war, yes?”
—Kinotama Tokochiro

You're a noisy little bastard ain't you, <insert name here>?

Retrieved from "https://creepypasta.fandom.com/wiki/User:Helel_ben_Shahaar?oldid=1414858"
Community content is available under CC-BY-SA unless otherwise noted.