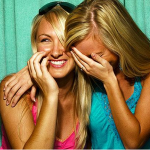 aka Still banned from chat

If you wish to have a go at me, be it a comment or part of a heated discussion, then please be creative. I can not stress this enough. I'll only take you seriously if you can prove to me that you have the God-given talent of verbally ripping me a new one, of course, this means you should try to refrain from writing swear words while creating your own cute little put-down. However, if you lack the intelligence and basic motor skills to follow a simple request like that, then please, please refrain from talking to me. Because as far as I'm concerned, you have become as evolved as the lowest kind of single celled life-form and shame the rest of humanity with your existence. I am fascinated with how buck-toothed, chinless wonders like you have opposable thumbs. You should take the polite route and lock yourself in a dark room, or at least have the decency to wear a bag over your head for the length of your next outing, so people won't vomit on the sidewalk at the sight of your stupid bug-eyed, unibrowed countenance which stares at every shiny thing it sees as if it were a goldfish on tainted acid. (Try blinking, if you can figure out how to.)

That's what I mean by an insult. However, if you insist on swearing at me, it does nothing but prove that you not only lack the ability and mental capacity to breath and talk at the same time, but that you're also just a scrawny kid trying to prove how big and tough you are despite having more spots and craters than the moon, the muscle tone slightly lower than that of a hairband, and a smell so describable that it might as well have a personality and a resume. Of course, if you're like anything like what I have listed above, then I hope, an idiot who's blinded by rage isn't the most talkative of people. (I don't speak anything among the lines of the usual cacophany of grunts, moans, and 4 letter words you've learned from Adult Swim. I conversation england best know you.)

Retrieved from "https://creepypasta.fandom.com/wiki/User:InappropriateName?oldid=689282"
Community content is available under CC-BY-SA unless otherwise noted.