Ever since I was a child, I've always been thrilled by horror and the adrenaline rush that comes with being scared by what is in horror movies. There was just something about it that mezmerized me, which would eventually lead to over the years of me becoming more and more enamoured with the genre. A lot of people would consider this to be "bad parenting", that because of this, I would be an unstable member of society. Other than this, I am just a regular guy who is put simply, in love with horror. I won't bore you with any other semantics about my life, if you really want to know, then you can always ask me and I will share the details of my sorted life if I feel the need to.

Other than the above tid bits of information, I prefer to read the odd and out of the ordinary types of creepypasta's: Demonic, Ghosts, Cryptids, etc. There's just something about the unexplained that I find very fascinating and will be shown through some of the work that can be found written by me in the future. There are a few other types that I will occasionally read, but only if I find myself in the mood to do such a thing.

My main preference for writing would have to be things that aren't mainstream and are rarely seen. I don't like to follow the crowd and just do rehashs or other versions of things people have already done, I personally find that to be a less than creative way to write.

I've been called a lot of things during my time on this planet, but I think that a lot of people forget that the imagination is exactly what its called: imagination. Some people think that I have a problem because of my love for horror, but what do they know, right? I am happy with who I am, if you don't like it, then that's just fine with me because I don't give a damn. 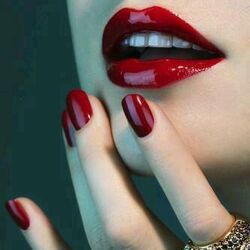 Blood Red Nails
A shy college student steps out of her bubble and things take a turn for the worst.
Add a photo to this gallery

Here is a list of Creepypasta's that I think are well-written, plot driven and in general, creepy. I'm not to picky about what I read, but having plot and direction is a big plus for me to be able to get into the mood of a pasta while I'm reading it. However, there are a few that I won't read: MLP, Pokepasta or any other type of game pasta that's been overdone but I do find some of them to be rarely enjoyable.

Retrieved from "https://creepypasta.fandom.com/wiki/User:Jisatsukyōtei?oldid=1408009"
Community content is available under CC-BY-SA unless otherwise noted.